Sega Ages Ichidant-R doesn’t have a lot going for it in terms of its sales potential. It’s out today on the Switch in the middle of a massive content explosion for Nintendo’s platform. It’s got a weird name that you’ve probably already forgotten even after having just read it. It’s going to get buried, which is sad because it’s pretty neat.

Originally an arcade game that quickly made its way to the Mega Drive (Genesis) in Japan, Ichidant-R is a series of short, funny brainteaser mini-games strung together with just the barest hint of a structure making it all cohesive. On a quest to rescue a princess, a cartoon knight enters castle after castle and must beat four random games to get through each stage.

The games all test your ability to process and recall information. In the screen above, only two of the five rice crackers on the grill are identical on both the top and the bottom. By watching as the chopsticks flip them intermittently and remembering which ones are which, you can figure out the identical pair. 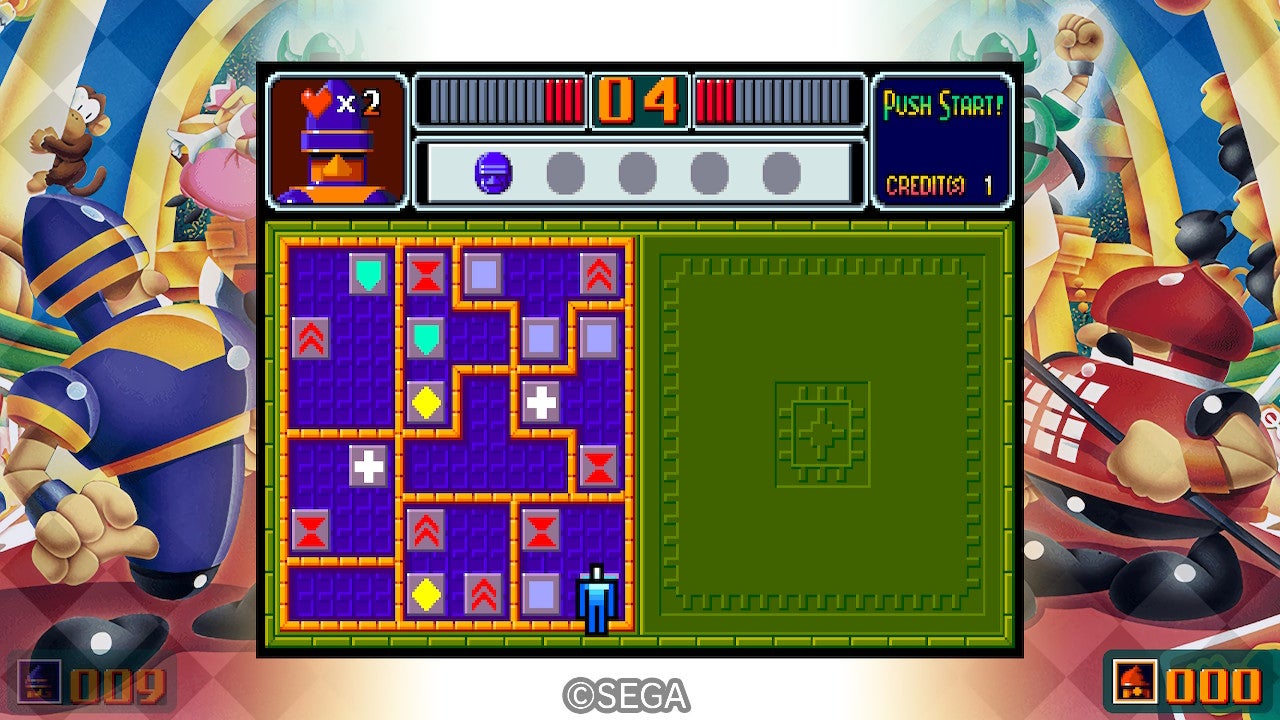 In this game, you want to get the character (who begins in the top left) into the exit (in the lower right). Each pair of symbols are warp tiles, and you have to quickly figure out the pathway that will get you all the way through the maze. 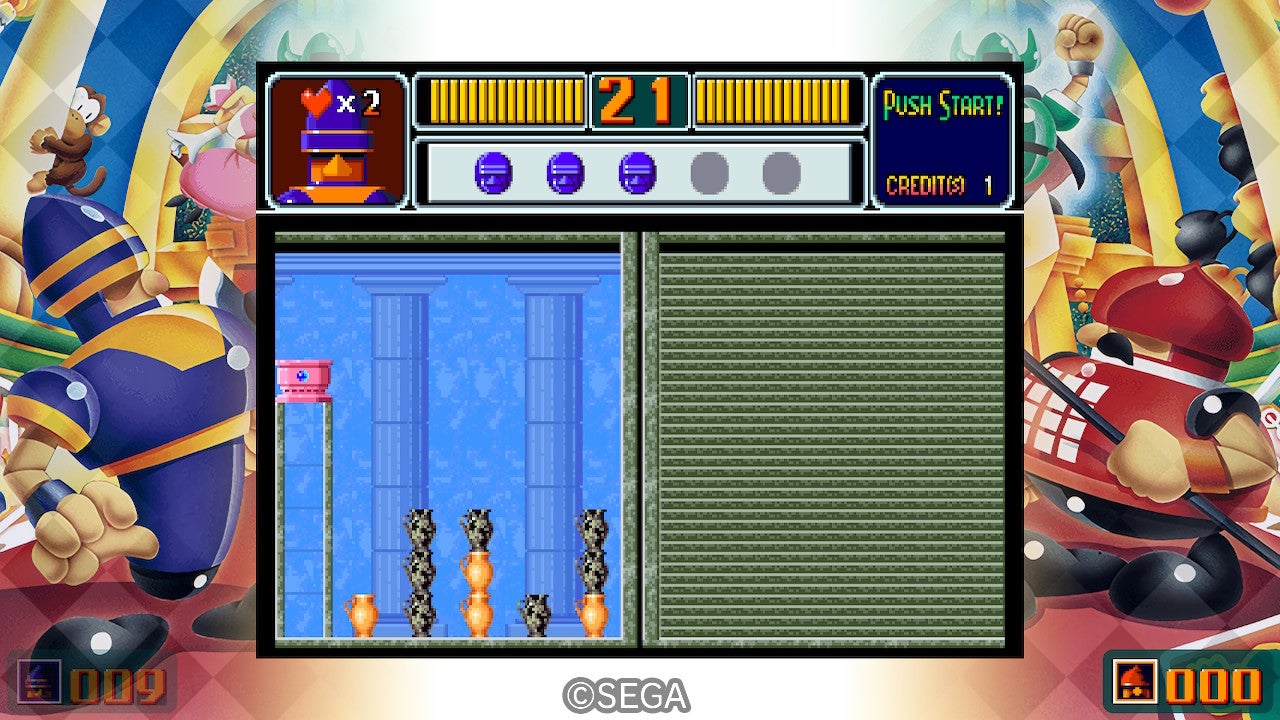 I particularly liked this one. You begin by seeing piles of beautiful golden vases and worthless destroyed ones. Your job is to use a crane-game claw to pull up just the gold ones and deposit them into the receptacle at left. Simple, right? 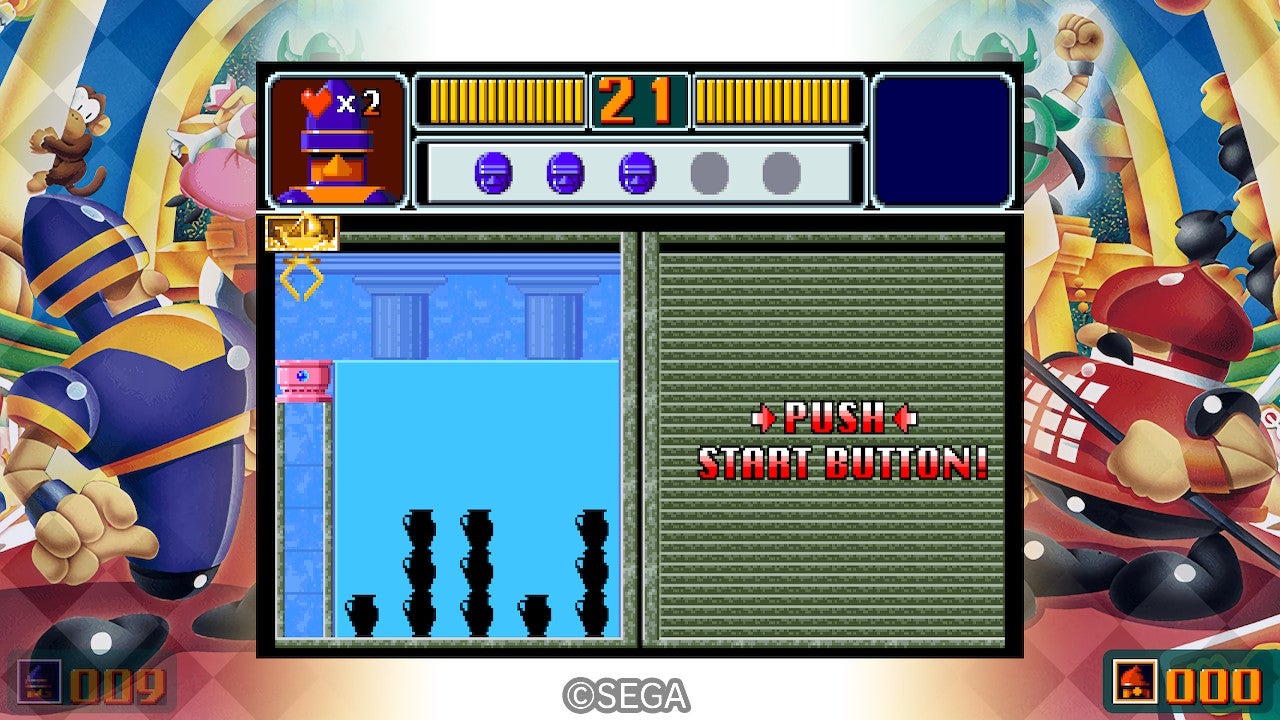 Well, when the game begins, the lights go out.

I was surprised at just how clever these games were and just how many there were. The Sega Ages release includes both the arcade and Mega Drive versions. Apparently Ichidant-R actually had a limited release in English-speaking territories, because the arcade version is fully localised here.

The Mega Drive version is Japanese only, but it has other features, like allowing you to practice all of the games any time you want rather than wait for them to come up randomly.