Trine 4 Is A Triumphant Return To Form

Trine and Trine 2 are a pair of gorgeous 2.5D physics-based puzzle platformers. For the third instalment, Trine 3: The Artifacts of Power, developer Frozenbyte tried to work full 3D gameplay into the mix, resulting in a shorter, less satisfying game. Trine 4: The Nightmare Prince, out October 9 for the PC, PlayStation 4, Switch and Xbox One, ditches the third dimension, taking the series back to its lush, vibrant roots.

The Trine series is the story of three characters, Zoya the thief, Pontius the warrior and Amadeus the wizard, bound together by a sacred artefact. Players control one character at a time but may swap between the three at will. Each character has their own set of skills. Zoya can fire arrows and grapple objects with ropes. Pontius can reflect projectiles with his shield, dispatch enemies with his sword, and is quite good at bashing and breaking things.

Amadeus’ skill set involves summoning boxes and manipulating objects with his magic. Players harness each character’s skills to explore gorgeous hand-drawn levels filled with puzzles, most of which involve creative applications of physics. Summoning boxes and dropping them on teeter-totters to propel characters into the air, affixing moving platforms to stationary objects using ropes, using a shield to reflect sunlight onto a light-sensitive switch, that sort of thing.

Amadeus’ boxes are now blue, one of the most significant changes from previous games.

Trine 4: The Nightmare Prince is more of that. In this instalment, the trio are dispatched to retrieve the wayward Prince Selius, whose untrained talent for magic is causing his nightmares to manifest in the real world. Using their signature skills and a host of new powers, Zoya, Pontius, and Amadeus pursue the prince, battling the young lad’s personal demons while figuring out how to use bows, ropes, magic, and brute force to make their way through the game’s beautiful landscapes.

Trine 4 is one of the most breathtaking 2.5D games I’ve played. I found myself pausing to admire the backgrounds in each new area. Look at this bird and its baby. I hate birds, but I love these two. 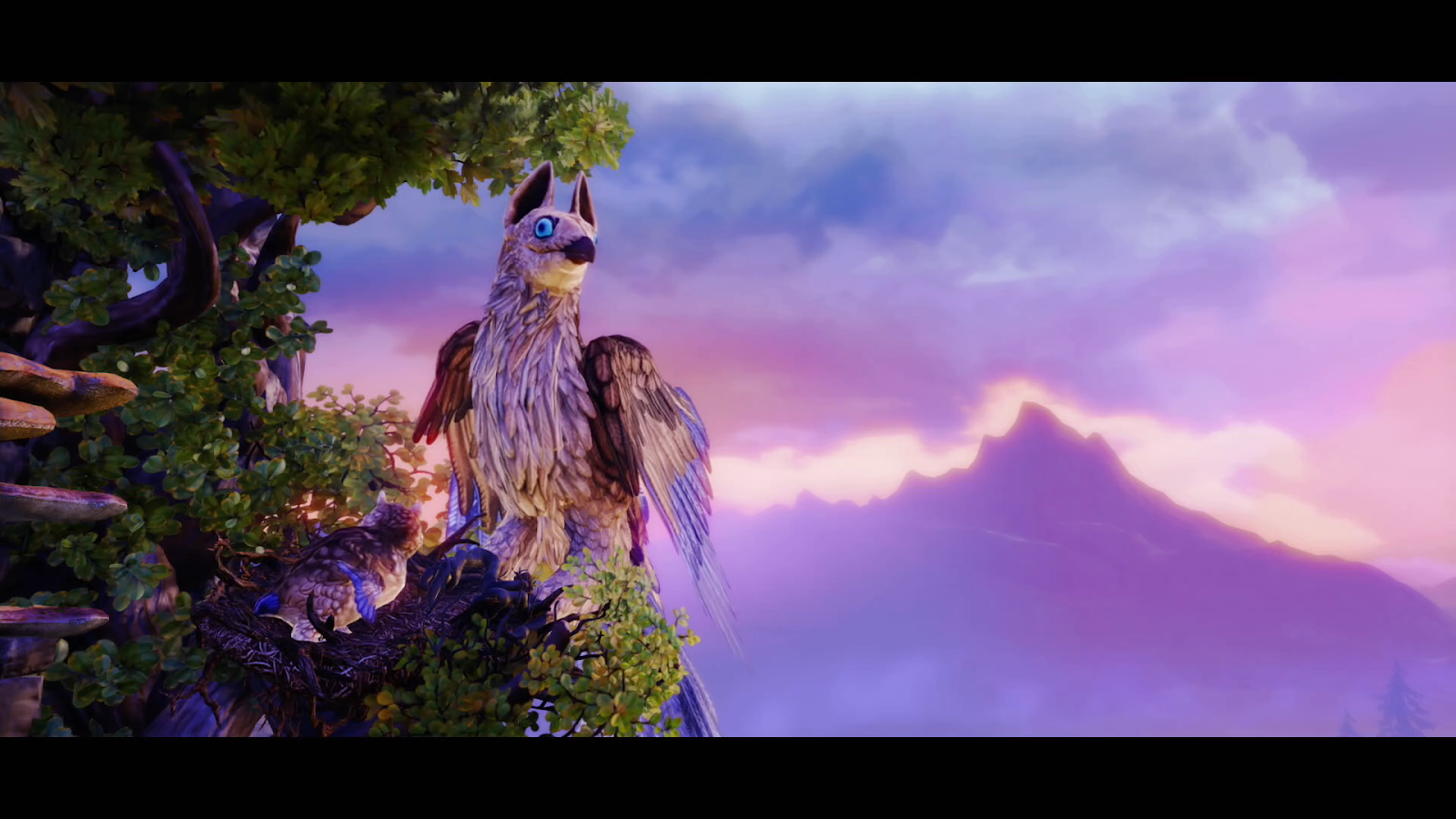 The game even looks pretty in the middle of battle, the weakest feature of Trine 4. Rather than naturally wandering the landscape, Trine 4’s nightmare creatures spawn on arena-style stages. Purple smoke platforms spawn and players must hop about like a Smash Bros. reject, swinging Pontius’ sword and shield, shooting Zoya’s arrows, or awkwardly dropping Amadeus’ summoned boxes on their heads. The fights are not fun. They feel out of place in such an otherwise thoughtful game. 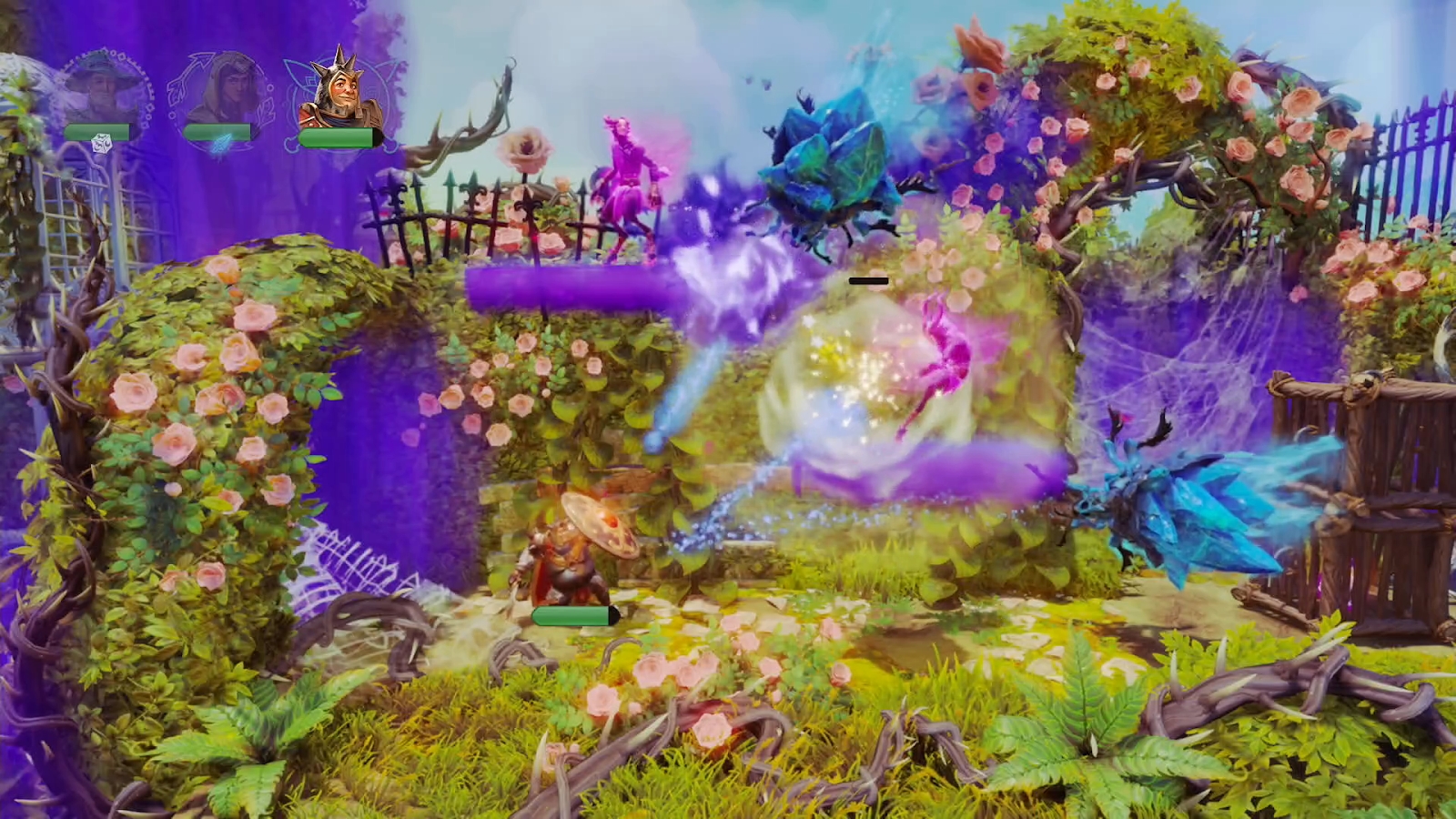 Fortunately, the battles are easy and rarely last longer than a minute or so. Boss battles against giant creatures last longer but also require creative thinking to figure out how to use each character’s skills to fell formidable foes.

There are three ways to play a Trine game, Trine 4 included. The first way is to painstakingly comb every level for collectibles and secrets while trying to solve puzzles the way one imagines the developers intended. The second way, my preferred method, is breaking the game, using Amadeus’ boxes and Zoya’s arrows in conjunction to bypass traps and obstacles, ignoring collectibles and just blazing on through.

The third method is online multiplayer, which is glorious chaos with multiple characters spawning boxes and stacking things and shooting ropes everywhere. I’ve not played multiplayer in Trine 4 yet, but after my experience with the previous games in the series, I expect great and horrible things.

Trine 4 is more Trine, and more Trine is good, as long as it doesn’t stray too drastically from the original formula. Trine 3: The Artifacts of Power tried new and failed. What I wanted as a fan of the series was proof that Trine could still be as magical as the first two. Trine 4: The Nightmare Prince is exactly that.