When I Was A Kid, Spider-Man On Genesis Was The Scariest Shit 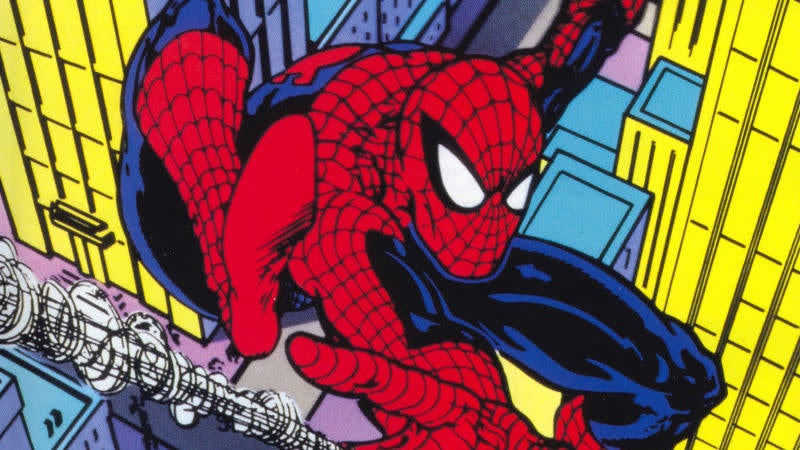 Image: <a href="https://www.mobygames.com/game/spider-man___/cover-art/gameCoverId,115399/">MobyGames</a>
To sign up for our daily newsletter covering the latest news, features and reviews, head HERE. For a running feed of all our stories, follow us on Twitter HERE. Or you can bookmark the Kotaku Australia homepage to visit whenever you need a news fix.

Like a lot of people around this time of year, I spend a lot of October thinking about being frightened. This is pretty new for me. I was a nervous, fearful kid who grew up as a teen in a religious home, so I spent my entire youth avoiding horror either by choice or by compulsion. As an adult, I’ve started to delve into horror, to wrestle with its ideas and the fears of my younger self — watching movies and playing games both new and old, reflecting on what scared me then and what scares me now.

One of the first games to scare me wasn’t even a horror game at all. It was Spider-Man vs. The Kingpin, a 1991 Sega Genesis game that had Spider-Man, framed for planting a bomb in New York City, on a mission to hunt down some of his most famous villains in order to get the keys necessary to disarm the bomb.

Unlike a lot of superhero games of the ‘90s, Spider-Man vs. The Kingpin wasn’t a loud beat-em-up or a colourful platformer — it was moody, and dedicated to being as faithful an adaptation as a 16-bit video game could be.

Character models were remarkably detailed, and illustrated stills that were shown between levels strove for comic book fidelity. It’s soundtrack was spare and brooding, and its animations had real weight.

I loved the game, because I loved Spider-Man. But I could never get past the second level, down in the sewers, because I was terrified of the Lizard, and always shut the console off when he appeared.

Looking back, the Lizard isn’t that fearsome-looking — the character model for Doctor Octopus is far more imposing — but it worked. I quit every time. I would quit even faster when I tried to play the game on Nightmare difficulty. That added Venom to the first stage, which scared me even more.

It’s funny that I kept trying to play this game when there were only about 15 minutes tops I could spend actually enjoying it. I suppose I wanted to try, if only for a little bit, to be as brave as I thought I had to be in order to be a hero, hoping maybe one day that I would wake up and somehow discover that courage grew in me overnight.

I don’t frighten like I used to, but that chill I felt when I pushed myself to take on something I knew would scare me, the chill that I always succumbed to because I wasn’t as brave as I wanted to be? I’m always afraid it’ll come back.