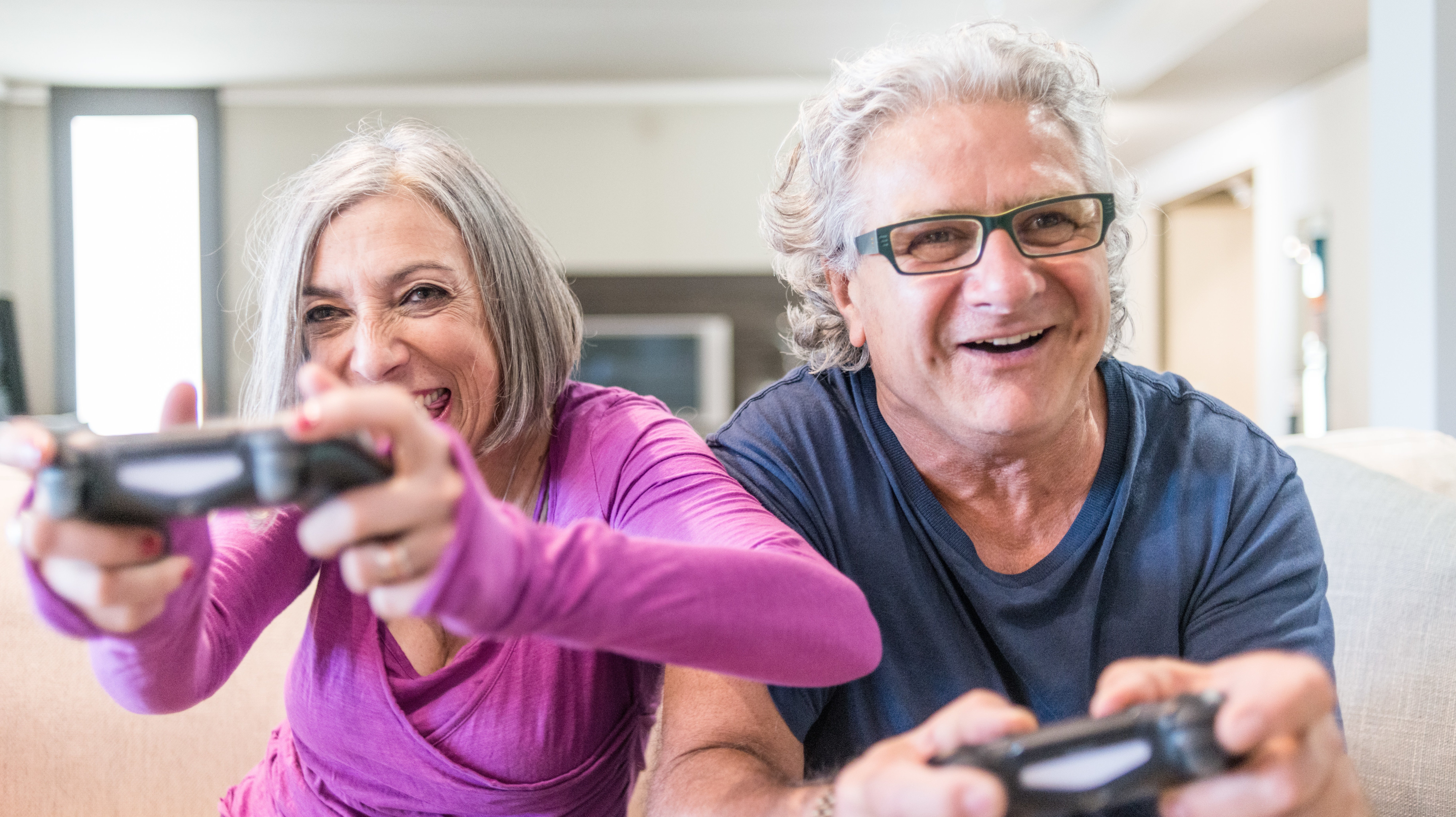 Maybe you’ve taken an extended break from gaming and now want to get back into things. It can feel very intimidating: there are new games, new consoles, new slang, a lot of teenagers, and what’s the deal with Twitch? Here’s some tips on where to start.

I played a lot of games through high school, but I didn’t have the time or resources to play much during college. In my senior year, I ended up winning a free Xbox 360 in a raffle and decided to dip my toes back in the water. Here’s a few things that have worked for me, and for a couple other people I know that have had similar experiences.

When I got my Xbox 360, the hottest game in the world was Skyrim. I had never played an Elder Scrolls game before and only vaguely knew what the game was about. But I knew that everyone was talking about it, so I decided to pick it up.

Playing the hot new game will give you something to talk about with other people who play games. Gaming websites will be talking about it, as will people on forums, which can help you feel like a part of the community again. Even though Skyrim wasn’t a transcendental experience for me, and it didn’t become my favourite game, I was able to step from it to games that appealed to me even more.

Start With The Last Game You Were Looking Forward To

I brought my Xbox 360 home that summer for my brother to play while he recovered from surgery. He wanted to play Assassin’s Creed and LA Noire, because those were the two biggest games he remembered wanting to play from the last time he was invested in gaming. (I also had the unique pleasure of explaining to my bewildered mother that yes, new games do cost 60 dollars each.)

While my brother was lying on a bed in the living room all summer, he talked to me about going back to a mindset he hadn’t visited since he was a teenager. I wouldn’t say he’s a big gamer now, though he has since started playing a few games here or there on his new PC.

Picking up the games you used to be excited about can help you remember what drew you to games in the first place. If you haven’t gamed in a while, some of these games might also be pretty cheap. Sometimes when I’ve looked for games that I didn’t play at release, I also discover that they’ve since been ported to PC, so I can play on my laptop at my own leisure.

Read About Games And Check Out Whatever Sounds The Most Intriguing

I sometimes credit my getting back into games to former Kotaku editor at large Kirk Hamilton. As a very pretentious college student with an interest in new media art, I was trying to think of games I could play for a potential college project. My research led me to an interview with Davey Wreden, the developer of The Stanley Parable, and what I read made me want to jump into the game immediately.

Reading interviews with developers can be especially helpful. Sometimes hearing someone else’s enthusiasm about their own art can pique your interest. Reading the level of care that Wreden put into The Stanley Parable got me excited about the game, which led to getting excited about games as a whole.

Play With A Friend

If you think you might stumble over controls or are nervous about not being able to complete a game, having a friend along for the ride can help a lot. When Bioshock Infinite came out, a friend of mine whose gaming experience extended only as far as Pokémon told me that she wanted to check it out but was afraid that she wouldn’t be good at it. My roommate and I had already bought it for my console, so we invited her over to play together.

My friend did have trouble with the controls, and ultimately passed the controller back to me for most of the gunfights, but since then, she’s branched out into more and more games. For me, getting frustrated with a game is the fastest way for me to take a break from games in general. Having a friend to guide you through it can elide that issue entirely, and help you rediscover all the exciting things happening in games today.