Deathwing the Destroyer is the massive black dragon whose escape from his underground prison shattered World of Warcraft’s Azeroth, his fiery rage forever changing the face of the planet. Fans of Blizzard’s online battle arena game Heroes of the Storm have been clamouring for Deathwing’s addition to the game’s all-star lineup for years. Now he’s coming, and based on the early footage shown, he looks like he’ll be a uniquely powerful beast.

One would assume Deathwing’s earth-shattering power would have to be severely toned down to allow him to compete in five-on-five arena battles with the likes of StarCraft’s Jim Raynor, Overwatch’s Hanzo, and the titular heroes from The Lost Vikings. But Deathwing sure doesn’t look weak. The Heroes of the Storm version of him will be the largest character in the game. Unlike other dragon characters in HotS, he has no human form. When he is on the battlefield, he’s hard to miss. He moves slowly about the battlefield, but what he lacks in mobility, he makes up in being a giant, intimidating-as-hell dragon. 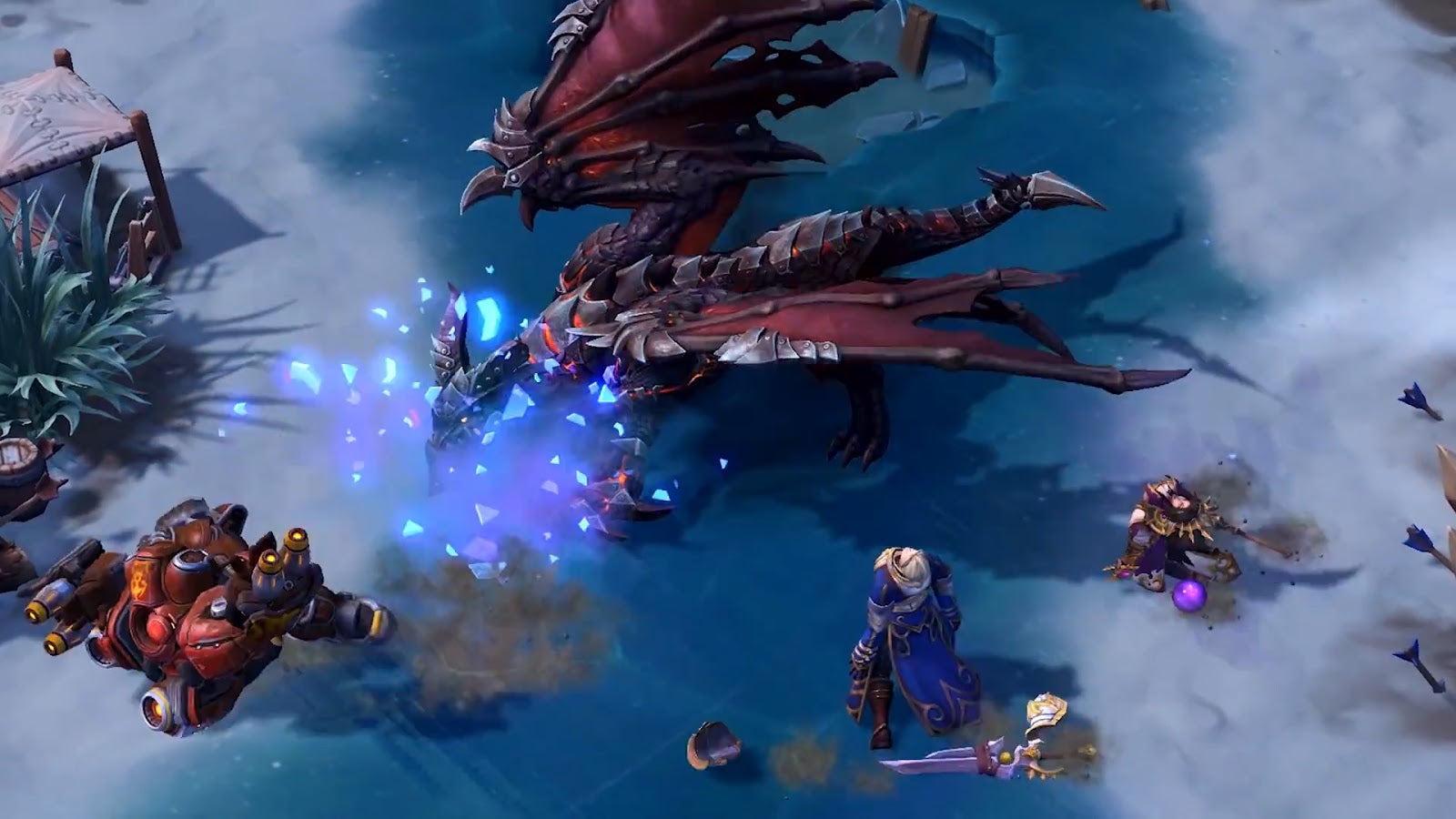 According to live game designer Adam Jackson, speaking during yesterday’s Deathwing reveal stream, the massive character model fits with the fantasy the team is trying to realise, giving players the feeling of being a massive evil beast with no regard for mortal life.

To communicate this disdain for perceived lesser beings, Deathwing does 100 per cent bonus damage to other heroes. Deathwing walks slow, but he’s also permanently unstoppable, which means he’s immune to movement impairing effects. In order to balance those powerful passive traits, Deathwing also cannot receive buffs or support of any kind from other players on his team. Other players cannot speed him up, buff his damage, clone him, or even heal him.

Instead of a traditional mount, Deathwing gets Dragonflight, launching him into the air, high over the battlefield, withdrawing from combat. That’s how Deathwing travels. It’s also how he regains health. Flying is the only means Deathwing has to heal. Furthermore, the black dragon’s health bar is split into four segments, each representing a piece of armour plating. Each time his health loses a segment, Deathwing loses an armour plate and becomes easier to damage. That’s the price one pays for being a nigh-unstoppable aspect of death. 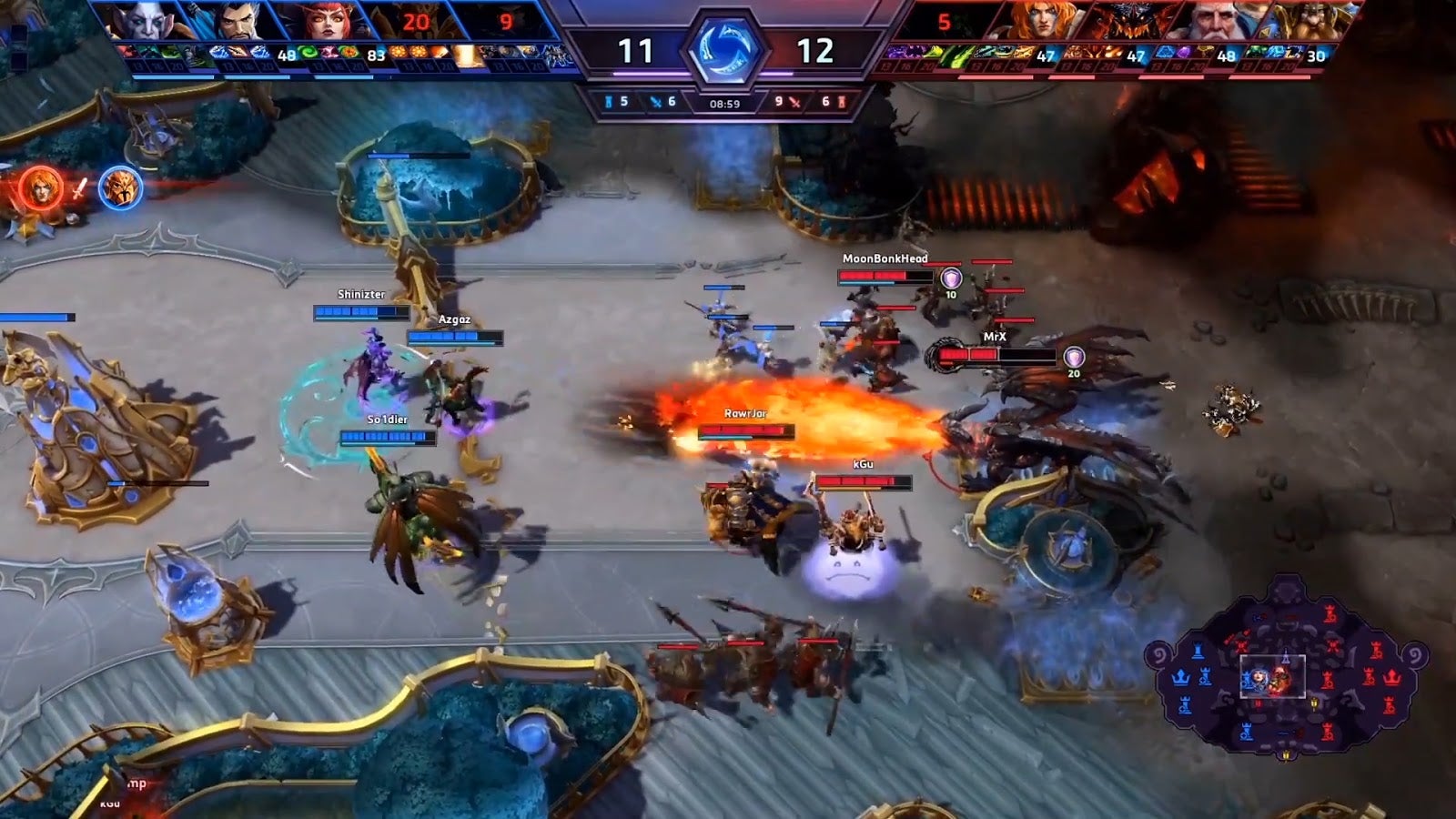 While in the air, Deathwing disappears from view for other players on the battlefield. When he comes crashing down, which he can do anywhere on the map where he has vision, enemies will scatter, and rightly so. Deathwing players can choose one of two different forms when they land.

There’s the Destroyer form, which is all about landing in the middle of a group of enemies clawing, swiping, and flaming, and the Worldbreaker form, with more medium-range abilities that involve area-denial and manipulation attacks, tearing apart the ground under his enemies’ feet. Deathwing’s ultimate sees him rising into the air and flying forward, leaving a wide, fiery line of destruction in his wake.

The various abilities are detailed in the Deathwing First Look video below, around the 12:30 mark, with full-on gameplay starting at around 28 minutes.

What an absolute monster. While Deathwing’s skills may change between now and his release, which is expected to happen around the first big game update following this year’s Blizzcon in early November (where he’ll be playable on the show floor), so far it seems the Heroes of the Storm team have done the evil beastie proud.