Death Stranding is weird. In my first few hours with the game, I cradled a baby that was locked in a pod, carried a dead body, drank a bunch of Monster Energy drinks and met famous film director Guillermo Del Toro. But for me, the weirdest moment so far in Death Stranding is a moment that made me laugh so hard I had to pause the game.

1) Why are there even advertisements in this facility?

In the lore of Death Stranding, this room is a private room in a secure facility. This isn’t open to the public. So who is this advertising for? A handful of people who sometimes use this room, I guess.

2) Why do the advertisements appear on the OUTSIDE of the pooping chamber?

This also means if people are in the room and want to read this they will have to stare at the top of your head while you do your business. This seems awkward for everyone.

3) Who sold them this ad slot?

AMC didn’t just send over a computer hacker and have them slide this image on to the machine’s hard drive. No, instead, someone had to cut a deal for this promo art to appear in this pooping chamber. So who did they pay? The United Cities of America? Does the UCA need the money that bad that they are willing to sell ad space in their private and secure rest areas?

4) Does AMC as a TV network still exist?

5) Are there other TV channels and programming and is anybody watching TV still?

This is a world filled with invisible monster-things that can kill you in terrible, terrible ways. A world where dead bodies are dangerous. A world where the rain actually causes things to age fast, including humans. Who the hell is watching TV still? And is there really enough competition that AMC needs to advertise still?

6) So does cable also still exist in Death Stranding?

That seems weird. But then again, this game is all about connecting the world together. Maybe cable TV is part of that grand plan?

7) Does Sam Porter Bridges ever get people telling him he looks like Norman Reedus? 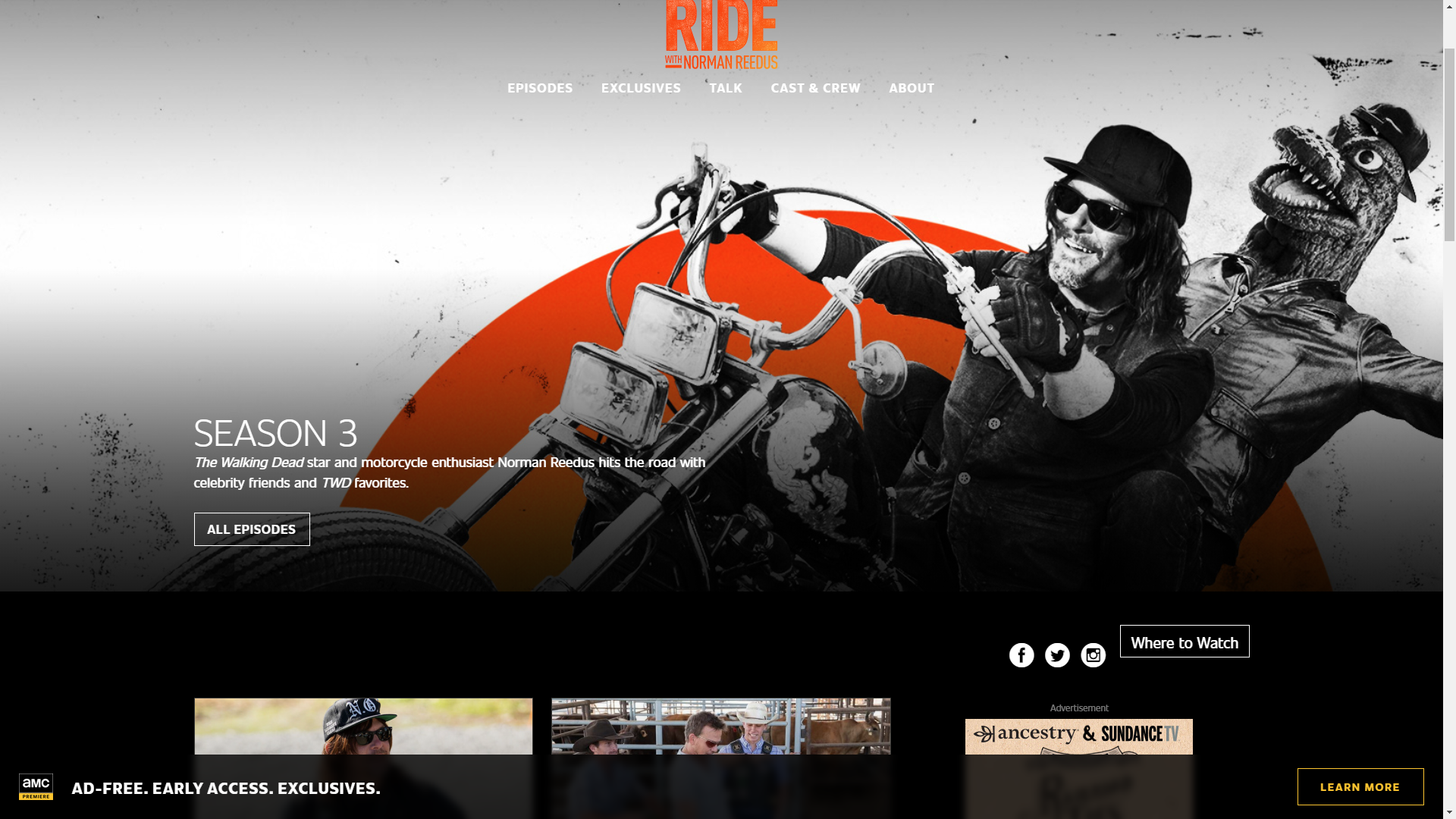 8) That promo image is from Season 3 of the show, so why are they still advertising that season in the future?

I don’t know how far into the future Death Stranding is set, but it has to be more than a few years, right? So why is AMC advertising the third season of Ride With Norman Reedus still? Hell, we know, in 2019, there is a season 4 coming. Maybe that season never happened due to the Death Stranding?

9) Why is the person riding on the back of the motorcycle appears to be wearing a Godzilla mask?

This not an edited image. This is what this promo artwork looks like on the official website for the show. I’ve never seen an episode of Ride With Norman Reedus, but I assume Godzilla isn’t a guest on the show. Is this is a crossover with the reality singing show, The Masked Singer? Also, I guess this means Godzilla exists in Death Stranding.

Maybe, once I beat Death Stranding, I will have all the answers to these questions. Or maybe you folks have some possible answers for some or all of these questions. And yes, I probably spent too much time thinking about this. I know.