An Ode To Weird Dreams Inspired By Video Games 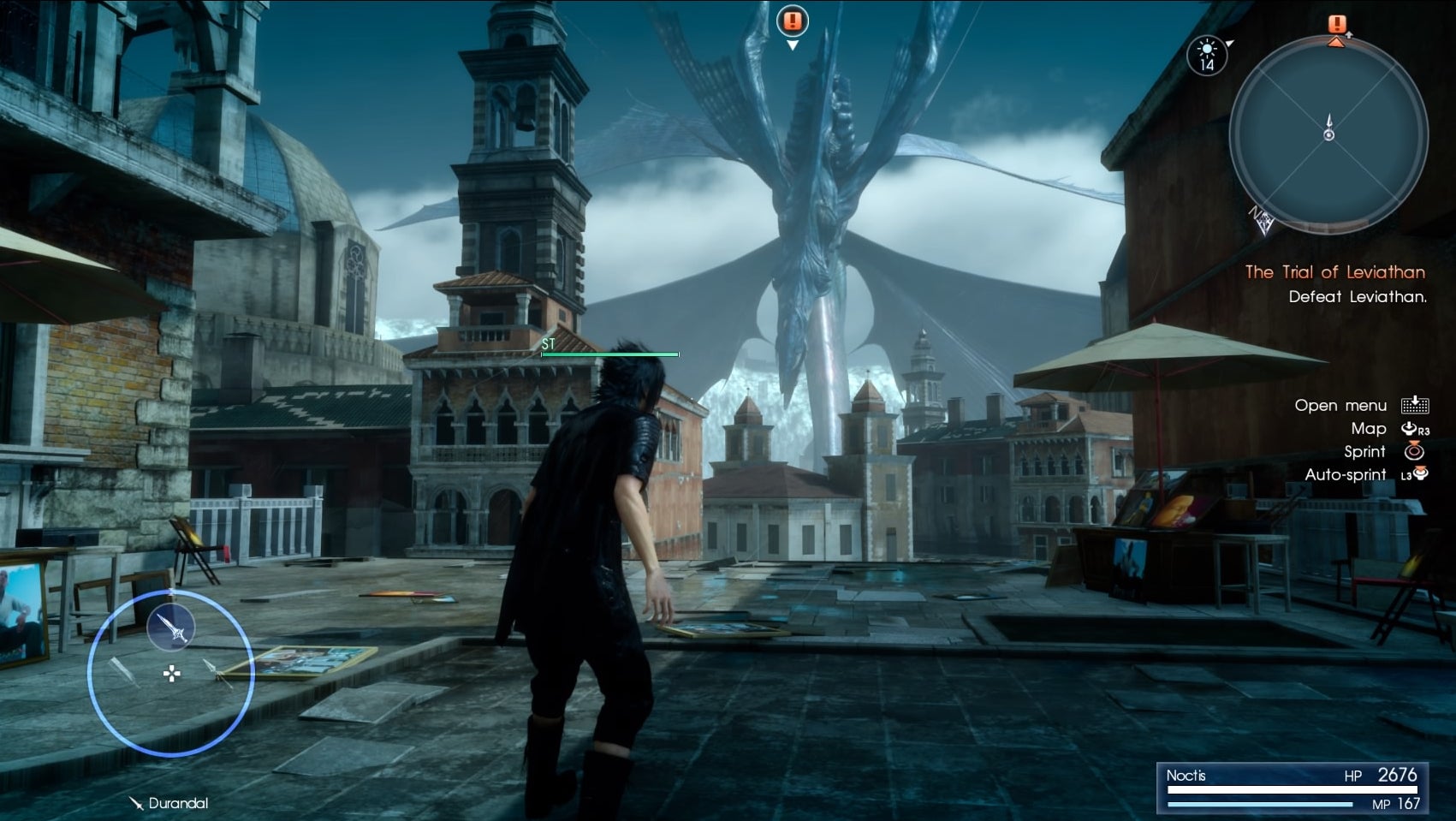 Happy Thanksgiving to our U.S. readers! My name’s Peter Tieryas and I’m a guest writer for the next three days. I covered Thanksgiving two years ago and I’m excited to be back. I’ll be writing about retro games like Clash at Demonhead and Final Fantasy VIII, ponder the existential meaning of Gradius III and Pokémon, then explore some of our favourite meals in gaming.

A little about me? I used to work in the game industry (LucasArts, EA) and am an occasional contributor to Kotaku. I’m also the author of two books called Mecha Samurai Empire and Cyber Shogun Revolution, both of which are about big mechas fighting Nazi monsters.

I like to start my guest runs with odes to strange aspects of gaming as a sort of ice breaker and today, I wanted to talk about the weird dreams that video games have inspired.

Just last night, I dreamt my family had rented an apartment near the ocean. Unfortunately, the tides became really strong, to the point where our entire apartment was flooded. The floor was drenched and the waves became even more powerful, knocking down the wall so all our belongings got sucked into the ocean. People in the apartment sympathized and wanted to help out, even offering to let us stay with them. But then I learned that our neighbours belonged to a cult that worshipped a strange monster that lived underneath the apartment in the water and that the seamonster was responsible for the irregular tides. The dream got creepier and creepier with the cult members doing really weird things including taking me to an underground kitchen with food that hadn’t been eaten in months but was still on their plates. When I finally woke up, I was disturbed and confused, wondering why the dream factory of my mind had conjured up this ephemeral horror flick in my head.

That’s when I remembered that right before I went to sleep, I had watched a bunch of footage from Final Fantasy XV for an essay I have coming up this weekend. The scene I’d watched? The battle in Lestallum against the Leviathan with waves that were taller than the entire city threatening to devour it whole. I watched the cutscene multiple times to try to understand a certain sequence better (I’ll discuss the specifics in my essay on FFXV). Somehow, my subconscious brain had transformed FFXV’s aquatic battle into a nightmare. 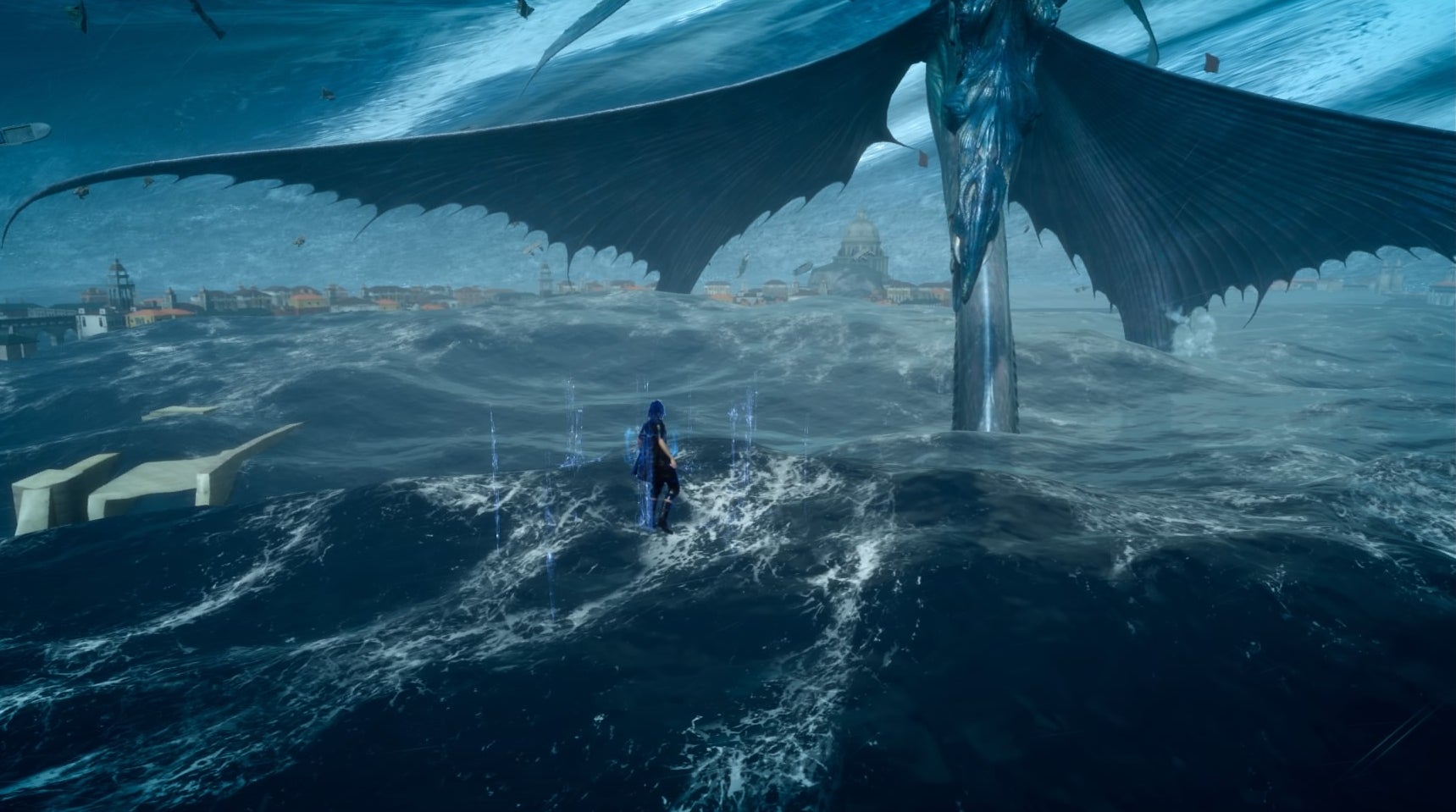 That’s not the first time a game has invaded my sleep. Usually, horror games are the ones I remember most. Almost any time I play a game with zombies, I dream about zombies. Sometimes, I dream about playing games and get frustrated I can’t beat certain levels, throwing the controller, only to wake myself up. Other times, I dream of working in the game industry again and relive alternate histories with old friends and colleagues.

There’s some kind of deep gaming allegory I wanted to make connecting those dreams with the articles I have planned, but sometimes, a Final Fantasy XV inspired dream is just a weird cultic dream that leaves you wondering what’s wrong with your brain and you kind of wonder if it’s trying to tell you something but then the day gets in the way and you forget about the dream entirely as you chow on ramen and crinkled chips and edit your articles and wonder if other people have weird video game dreams too…