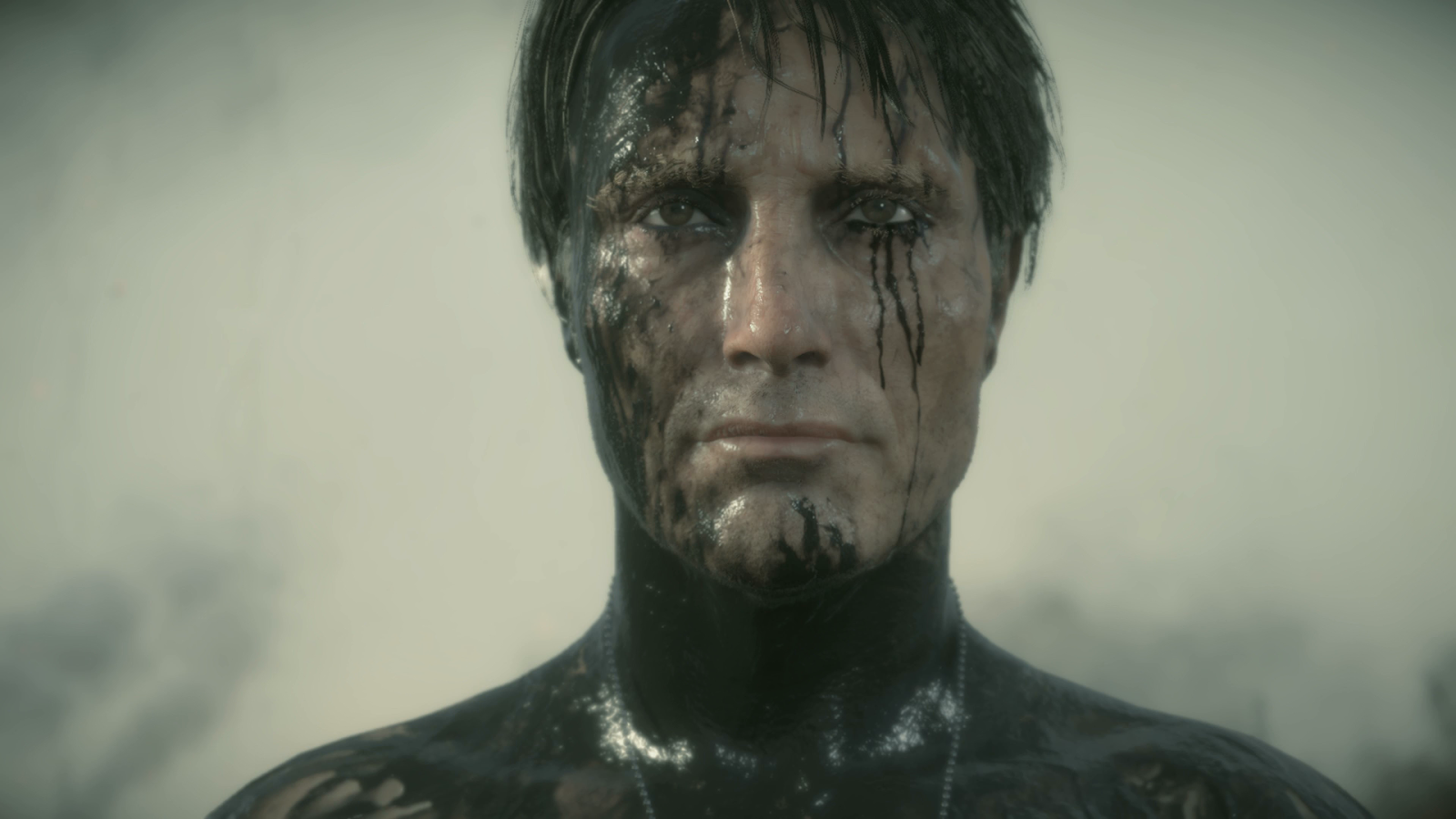 Death Stranding is, in its early hours, a slow but beautiful game about exploring an open world and delivering packages. You’d be forgiven for thinking that’s all the game had to offer, but pushing forward reveals more dangerous situations. The first and perhaps most shocking is Chapter Four, where things finally take off at a breakneck pace.

Sony’s video embargo for Death Stranding was strict but understandable: show off the systems but avoid footage from beyond Chapter Three until after a specific date. Thankfully, Chapter Three is where the game’s various systems and tools—structure building, side deliveries, vehicles—expand. There’s a lot to do and plenty of ways to do it. You can spend a long time in Chapter Three. I certainly did. But if that chapter represents when Death Stranding finds its foothold as a game, Chapter Four is when it starts to play its cards from both a game design and a narrative perspective. When I reached it, I gasped. Of course they didn’t want us showing this stuff too soon.

Because these later parts of the game haven’t been talked about much yet, some people have speculated that Death Stranding is nothing more than a “walking simulator” (this has occasionally come from the sort of players who somehow still find that term derisive in the year 2019). Death Stranding is not a walking simulator any more than any other open world game is; you just happen to be really clumsy and vulnerable for a time. But also, Chapter Four changes that. It is one large boss fight, packed full of explosions and gunfire. Trapped in a strange tornado-like supercell, protagonist Sam Bridge awakens on a World War One era battlefield. Flaming soldiers fight a seemingly eternal battle. Then the “Combat Veteran” arrives, portrayed by Mads Mikkelsen. 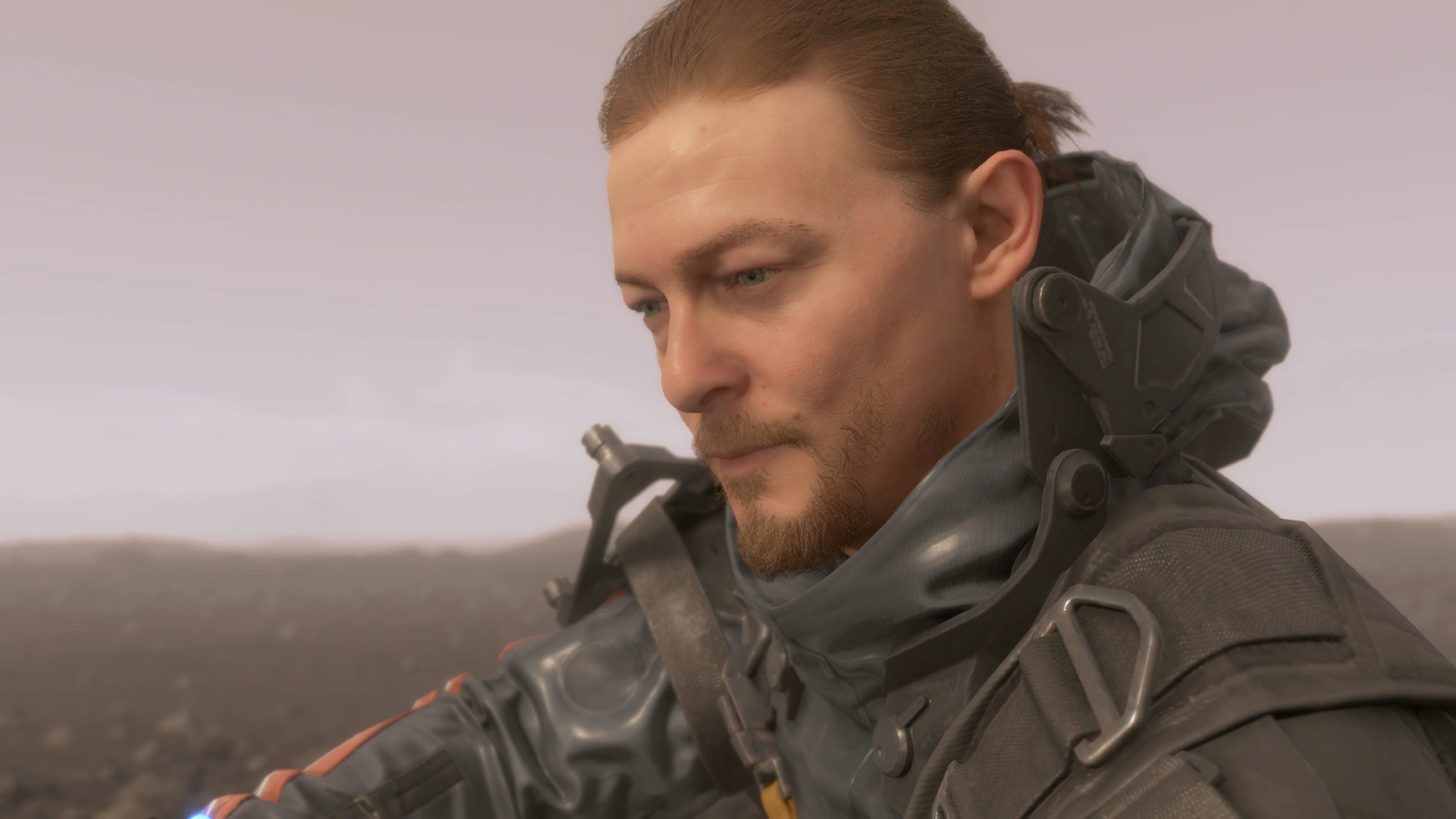 Chapter Four has a mixture of elements that make the moment memorable. Death Stranding sometimes struggles with dialogue, but it’s very good at crafting and framing visually lush scenes. Kojima’s previous project Metal Gear Solid V: The Phantom Pain showed a reckless disregard for cinematic technique, but Death Stranding is much more comfortable using editing to cut to images and composing them carefully. Chapter Four is focused and driven, which is reflected in both hard cuts and push-ins. When the Veteran first appears, the camera pushes in on him sending soldiers out on the hunt. The camera then cuts to Sam, making it clear to the viewer that he’s the one being hunted. When Sam discovers the Veteran in the trenches—hanging from barbed wire no less—the camera slowly moves to frame the image. It’s a far more confident camera, a marked improvement from previous work.

For all of Kojima’s pretensions as a film-maker and for all of his attempts as a writer, his works have always been strongest at game design above all else. The fight against the Veteran is a dramatic shift for the game, but one that feels true to its core identity of deliberate navigation and stealth. It’s hide and seek, if the pathways were limited and happened to be filled with flaming ghosts. Turns out the designer who made Metal Gear is really good at hide and seek. Not only is this a chance for players to really play with new verbs—shooting in particular—it also recontextualizes old ones. You can scan for the Veteran using Sam’s oradek, a device usually meant to survey the land and locate BTs. In a Metal Gear Solid 3 spin on things, you can even follow the Veteran’s flaming footsteps.

The result is a moment that hits hard. The stakes are altered considerably from earlier wanderings, offering a clear threat and active scenario. It’s also just completely bonkers. Why am I in World War One? Holy Gods, is that a tank?! Mads is rising out of a tar pit? Death Stranding’s plot is actually quite straightforward, but the visual language surrounding everything is spectacular and evocative. Before this point, Death Stranding has tipped its hand but not played its cards. Chapter Four is a dramatic gut punch that marks a shift from a pensive exploration game into something much more sinister.

Here's The Cheapest Copies Of Death Stranding In Australia

Hideo Kojima's weird baby Death Stranding is days away from release and if it's something you'd like to experience, here are the cheapest copies in Australia.