Everything We’re Expecting From BlizzCon 2019

BlizzCon 2019 promises to be one of the most interesting gaming events amid some serious political turmoil as well as some exciting new releases.

But before all the grizzly details are announced, we want to take a quick look at what’s almost certainly going to be announced and what we’re speculating might be unveiled. Without further ado, here’s a roundup of what to expect for BlizzCon 2019. 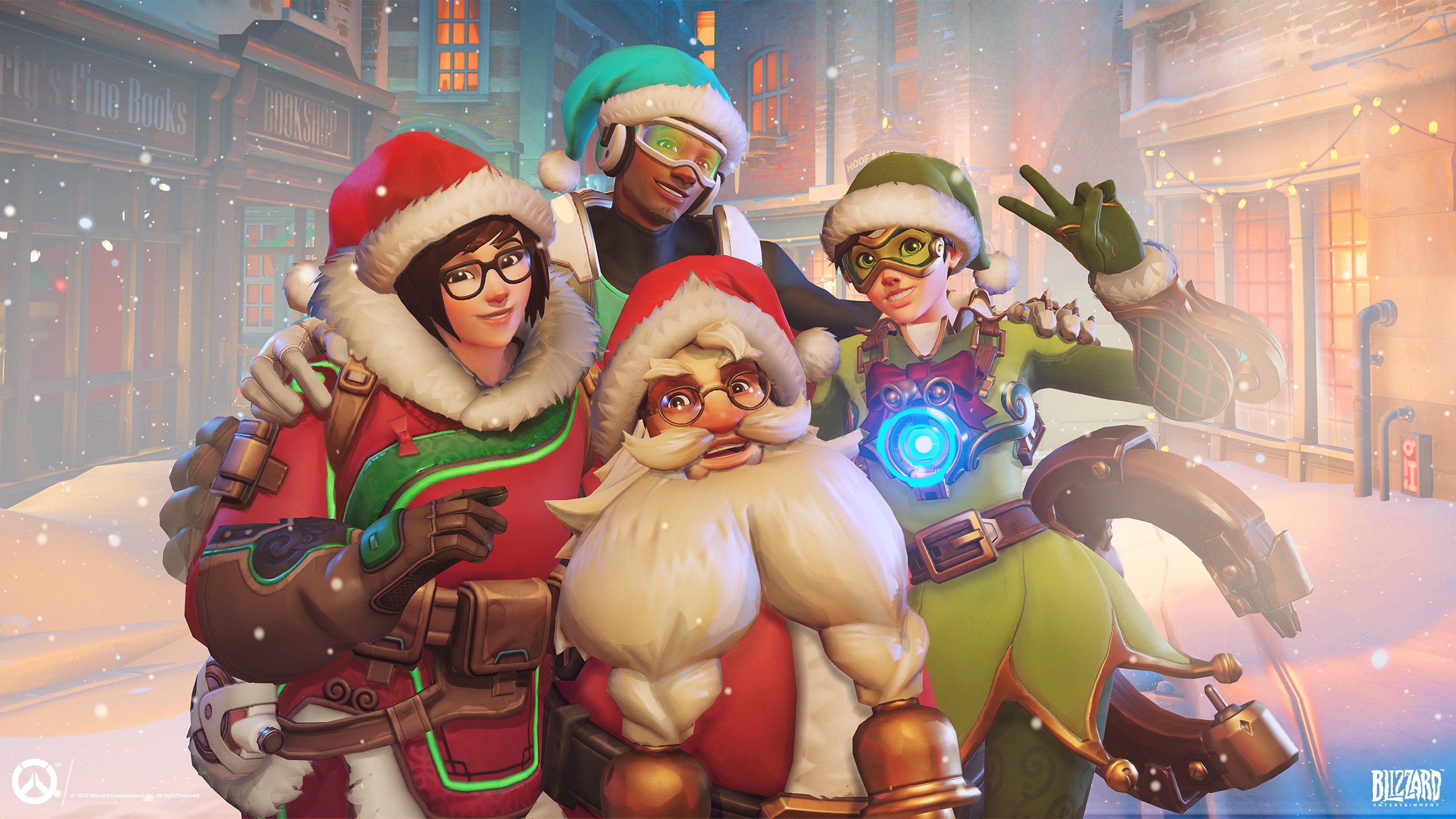 After A Terrible 2019, Blizzard Is Going All-In At BlizzCon

The plan was always to wait for BlizzCon. In November of 2018, after a PR blow-up surrounding the ill-advised announcement of the mobile game Diablo Immortal, Blizzard’s staff knew that they just needed to make it through the next year without incident. We can fairly confidently say we’re expecting an announcement regarding Overwatch 2 for BlizzCon 2019 after some leaks from a supposed training document were released. The new information reveals there’s likely a new hero on the way, a new four-player PvE mode and potentially some upgrades to Tracer’s pulse bomb.

The exact source is not yet known, but a screenshot called "Overwatch 2" New Image has been uploaded.

While Blizzard has yet to confirm whether we’ll be hearing a peep about the new addition, it’s a good time for a fresh title seeing as Overwatch was first unveiled at BlizzCon 2014 and then publicly released in 2016. If the leaks are true, it’s just a bit awkward for those who just recently bought Overwatch on the Switch. Similarly to the Overwatch sequel, rumours of Diablo 4 have been heating up with some indications it’s also going to be announced. We reported earlier this year that a FPS Starcraft project was cancelled to free up work for some upcoming Diablo projects and it’s expected a fourth installment in the Diablo series will be one of them.

It’s rumoured a Diablo 2 remake might be on the table, though there’s less concrete evidence on this. An official community manager did say multiple projects were being worked on after 2018’s BlizzCon so it’s not out of the realm to expect more than one huge Diablo announcement.

But to dampen hopes a little, back in 2017, Diablo II‘s project and design lead David Brevik told Diabloii.net in a podcast it was going to be tough to remaster it.

“If they do a Diablo II Remaster, it’s going to be difficult to make it feel exactly like the same game,” Brevik said. “[Games like Diablo II] were nothing like they’re made today. Everybody would just make 3D artwork and put it on a 3D grid, which works except for, it doesn’t work. Because the moment that you change the fundamental way that you interact with the game and you move around the world, you’re changing the game.”

There’s also the elephant in the room: Diablo Immortal. The game should be much closer to a launch now, having been first announced last year. A small slice was briefly playable at BlizzCon amid all the resentment, and it’ll be interesting to see if more of the game is shown off. Blizzard still needs to outline how Immortal‘s instancing and hub-like worlds will work, and what /”Diablo with more people” is actually like.

Given the absence of Diablo 4 at the show last year, and the shadow of how fans will respond this year, not to mention all the recent controversy, anticipation is high for BlizzCon 2019. So naturally, word about Diablo 4 and an Overwatch sequel is starting to do the rounds.

A new video released this week on Hearthstone‘s YouTube channel has suggested that Blizzard is planning to release something new for the game without actually explaining what it is. Some have speculated it’s a new expansion pack as Madame Lazul lays out some cards and warns a “conflict is coming.” As the Year of the Dragon is due to wrap up for players and ultimately, the League of E.V.I.L. too, it makes sense that a new one is soon released but what that will be will have to wait until November 2.

It’s hard to mention Hearthstone without also pointing out its recent issues. It’s been at the centre of much of Blizzard’s recent woes after controversy arose when the developer banned a player, Blitzchung, for voicing his opinion about the Hong Kong protests during streaming. Blizzard has since reduced the suspension and returned Blitzchung’s prize money. With World of Warcraft‘s current expansion, Battle for Azeroth, winding up, fans are expecting a new one to be announced at BlizzCon 2019. A leak from the Blizzard Gear store earlier this week points to one called Shadowlands. The image, since deleted, was found in Blizzard Gear’s directory and describes the supposed expansion pack as exploring the lands of Bastion and meeting a new race called the Kyrian.

The Shadowlands were referenced in Battle for Azeroth as a place where souls go after you die. It’s described as a plane that mirrors the world but more nightmarish, making it a perfect post-Halloween announcement.

There’s also the other part of the franchise: Warcraft 3: Reforged. A beta just went live this week for those who pre-ordered, and given that Activision has told investors that Reforged will be out before the end of the fiscal year — not necessarily the calendar year — we should get some kind of a release date during the opening keynote. BlizzCon’s schedule confirms there will be a Heroes of the Storm update announcement but what that will be boils down to speculation. It’s likely that a new hero or two will be announced after the game’s team confirmed in July to Windows Central they were “working on multiple heroes.”

It’s speculated that at least one of the heroes, if multiple are unveiled, will be an original Heroes character, similar to Orphea’s launch during last year’s BlizzCon. Qhira, an acrobatic assassin, was also released in August for fans to play as. Kotaku reported back in June that Blizzard had pulled the plug on a Starcraft FPS project so it’s pretty dicey whether we’ll hear much Starcraft-related at this year’s BlizzCon.

With Starcraft‘s World Championship Series being played at the conference, there’s still a chance we’ll hear something about what’s in the works, if there is anything. Otherwise, expect Blizzard to quietly let this one slip through. 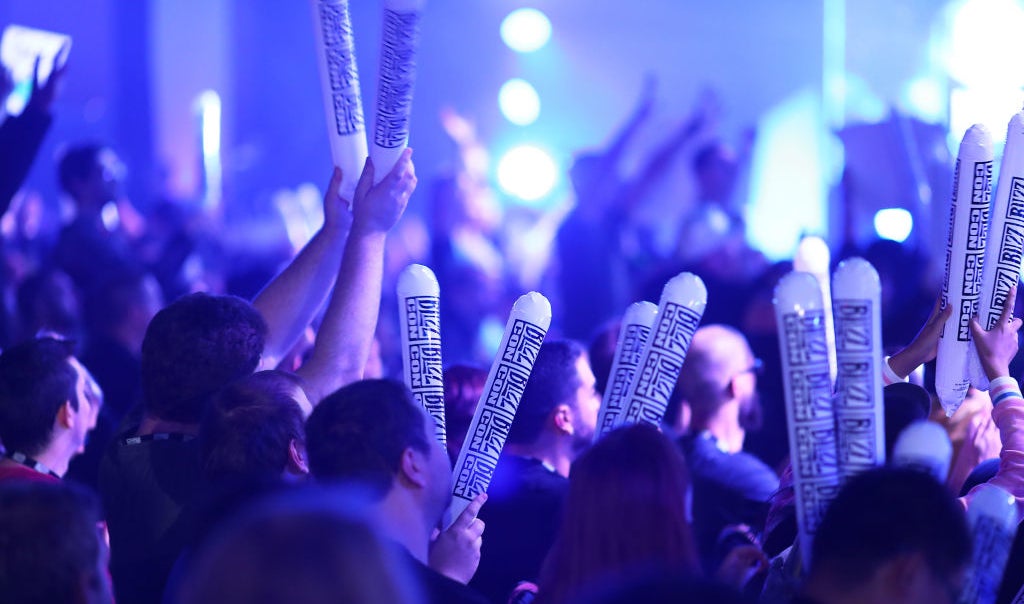 Multiple groups are in the process of organising protests set to take place outside BlizzCon, the annual convention held by game developer Blizzard, in response to its suspension of a Hearthstone player for expressing support for Hong Kong during a live event. Digital rights non-profit organisation Fight For The Future launched a website and Discord to kick off its organising efforts, and a “ProtestBlizzCon” subreddit is gaining serious steam as well.