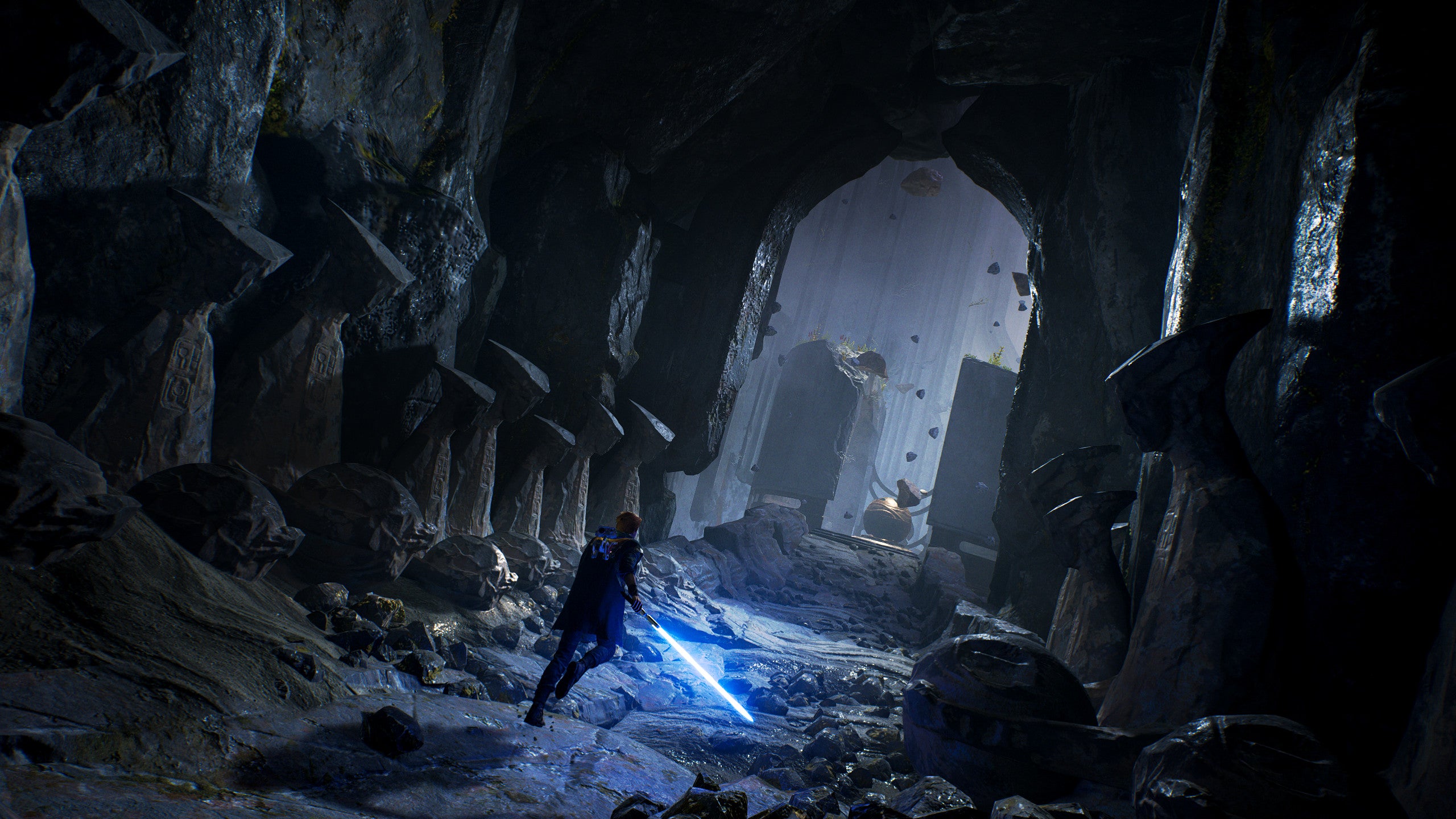 No one can really bullshit their way through Star Wars.The Star Wars universe is one of the most fully-realised and obsessed over fictional settings. It’s also one of the most tightly managed, with an astonishing level of minutiae known by both franchise stewards and fans. The engines and blueprints of starships, droid models—you name it, it’s known. This makes Star Wars an engrossing setting, but also an intimidating one: How do you add to that? Star Wars Jedi: Fallen Order does it in seconds, with music.

Respawn Entertainment’s new game, out today for PlayStation 4, Xbox One, and PC, starts like most Star Wars movies. There’s a shot of space as the massive sprawl of a starship fills the screen and familiar orchestral fanfare gets you in the Star Wars zone. Then, seamlessly, the soundtrack gives way to something very different: a moody, industrial-sounding vocal track in a gutteral alien language.

It’s pretty cool on its own, but what makes it interesting is what happens when the camera zooms on down to its destination. Protagonist Cal Kestis appears, listening to this music on headphones as he works.

One of the biggest reasons that Star Wars has such a hold on its fans is that it has a distinct sound. Fans are keyed by the scores composed by John Williams to forever have certain feelings when they hear his orchestral arrangements in films, or riffs on them in video games and other related media. They know what TIE fighters sound like and how they’re different from X-Wings. They know the thrum of a lightsaber and bleeps of every droid model.

Regardless of the canon, I love Fallen Order showing me what kind of music a junkyard rat like Cal Kestis is at the start of its story would listen to on whatever passes for an iPod on this planet. It’s hard to make a corner of a universe as thoroughly charted as Star Wars truly your own, but with something small like this, it feels like the folks at Respawn are going to try.

I’ve been playing Fallen Order over the last couple days and will have a full review early next week, but so far, I think Respawn is pulling it off.