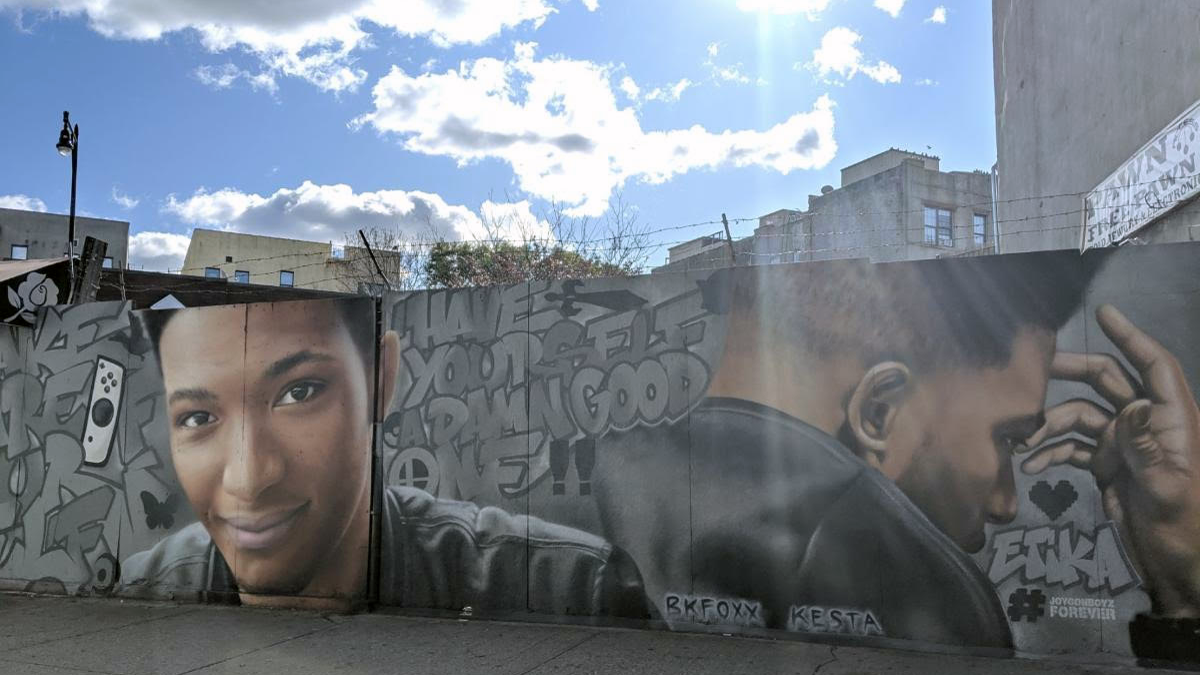 When YouTuber “Double A” watched Desmond “Etika” Amofah’s final YouTube video, one sentence stuck out to him: “I know this world’s gonna forget me.”

“That’s just not true,” said Double A, who lives in New York City. “We all miss him. We all love him.” Amofah, a popular 29-year-old YouTuber who created videos about Nintendo games, died by suicide in June of this year. In his final video, he apologised for leaving behind what he called “such a stained legacy.”

Double A and New York web designer Abe Hunter spearheaded a project meant to give Amofah the legacy they felt he deserved: a stunning mural at 1280 Myrtle Ave. in Bushwick, Brooklyn spanning 40 feet, finished two days ago. Amofah’s smiling face is backgrounded by symbols of his online persona and fandom: Nintendo Switch Joy-Con controllers for his fans, known collectively as the “Joycon Boyz.” Super Smash Bros. symbols, for one of his favourite games. One of his catchphrases: “Take care of yourself. Have yourself a damn good one!”

Hunter and Double A both met Amofah at the New York Nintendo store’s Switch launch event in 2017. When Amofah passed, they raised over $US11,000 ($16,048) together for the National Alliance for Mental Illness by selling enamel pins and merchandise on Amofah’s website. Then, Double A suggested establishing a mural to remember Amofah, tapping local mural artist “BKFoxx” and local graffiti artist “kestaadm” to paint it.

“People are still mourning and not over it,” Hunter told Kotaku. “It’s not a mural to glamorise his death or the negativity. It’s more his life and getting the message out there that we can talk about mental illness. It’s not a taboo subject.”

The mural was revealed this week, just in time for both Anime NYC and the new Pokemon game, which Hunter says will bring people together to the Nintendo Store in Manhattan. It’s accessible easily from there via the M train, which goes between Manhattan and Bushwick. Since the mural went up, fans have been paying homage to Amofah and posting pictures of themselves alongside the mural on Twitter:

I hope that people will find closure with this mural that didnt get to go to the memorial on the bridge. I hope a lot of people will send their wishes and pay their respects in the 6 to 9 months that this mural is up. Thank you for everything Desmond #JOYCONBOYZFOREVER pic.twitter.com/iR4Pxwf55x

Well…I'm kinda loss for words.
Alice, thank you for not only retweeting my tweet but helping to spread the legacy and positivity that is #Etika ! #JOYCONBOYZFOREVER
Take Care Of Yourself!@TheAlicePika pic.twitter.com/BwIvjjc8Yd

Yesterday on Twitter, Double A described his first experience alone in front of the mural: “It was raining and I just [burst] out in tears. A car pulls over and people start honking yelling ‘Etika!’ ‘joyconboyz!’ I immediately smiled. This mural brought me some closure, I hope it does the same for you.”