One of my favourite cosplayers on the planet, Julian Checkley, has spent the last two years working on a Batman outfit that is so good I’m starting to wonder if he’s actually working for Bruce Wayne on the side.

“Everything was sculpted, moulded and cast in various grades of urethane rubber by me”, Julian says of the enormous suit, which is seven feet tall and weighs 150 pounds. 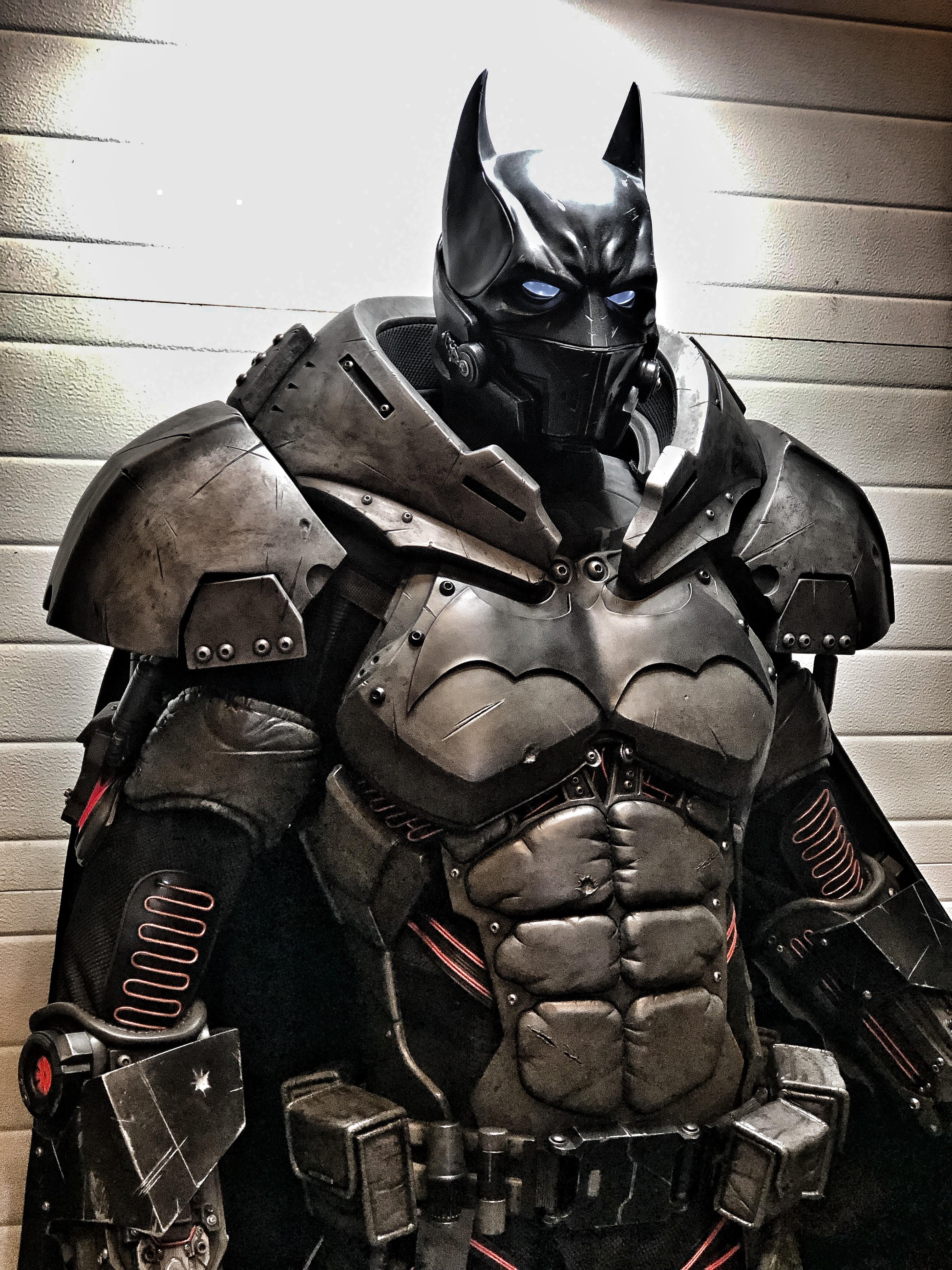 It’s based on the XE Suit from Batman Arkham Origins’ DLC A Cold Heart, which was designed to protect Batman from both bad guys but also the freezing cold temperatures of Mr. Freeze’s attack on Gotham.

The attention to detail is astounding. Both the boots arms are “semi-active”, in that they’re counter-weighted with bungees and actuators to allow Julian to actually move around in the suit. Which isn’t actually a suit at all, it’s so solid it’s more of an exo-skeleton. 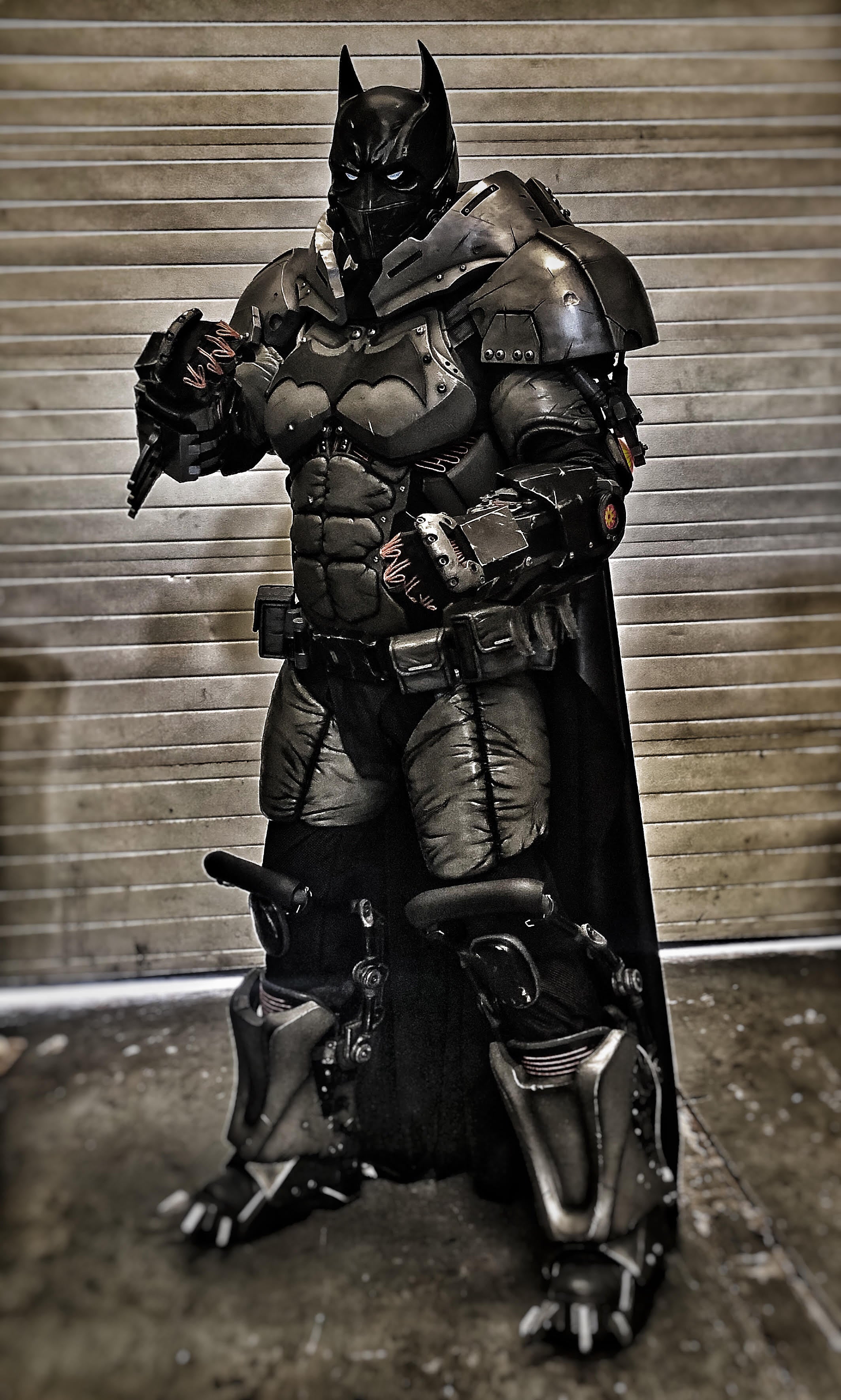 There are also tiny fog machines built into it as well, which let off little puffs to simulate the heating effects of the suit in the game.

In addition to the excellence of a thing like this simply existing, Julian also won this year’s Stan Winston School of Character Arts Halloween Costume Contest. 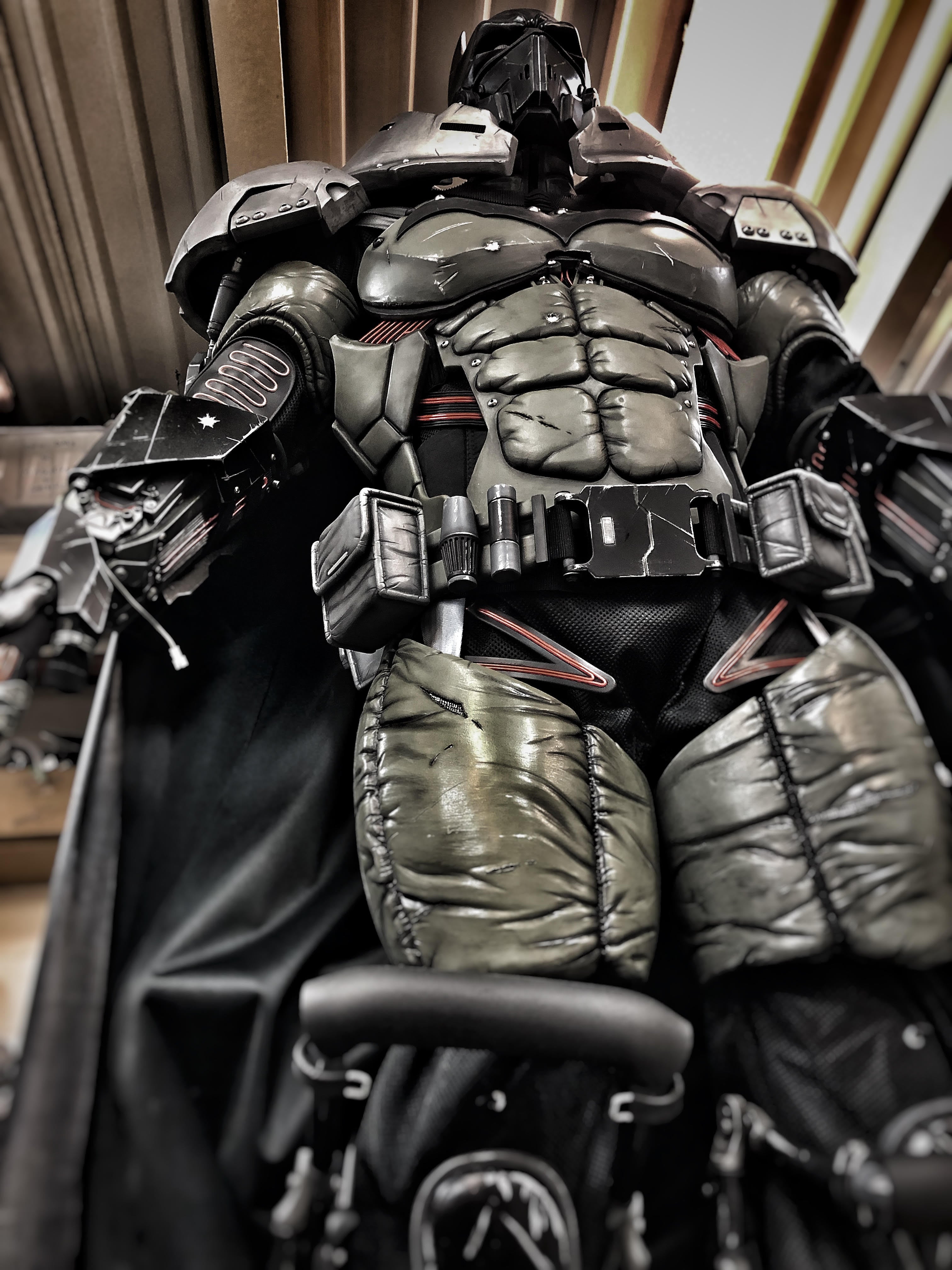 You might remember a few years back we featured Julian’s last Batman work, which I thought was as good as it gets. Turns out I was wrong!