Give Vicar Max A Chance In The Outer Worlds, Guys 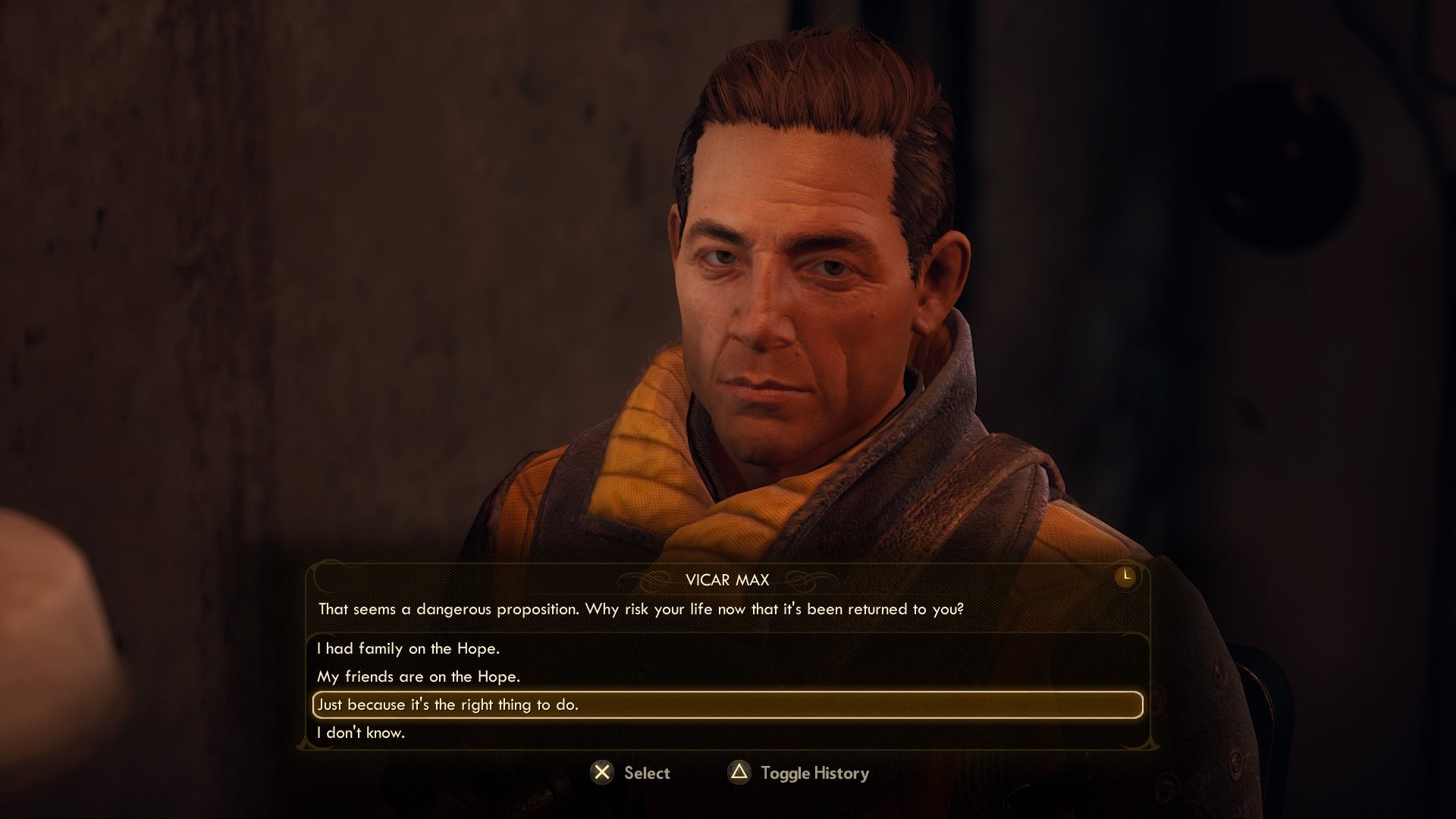 When you first meet Maximillion DeSoto in The Outer Worlds, he has a snide comment about everything. When I recruited Felix, a nice kid who is trying his best, Max sneered about adopting street urchins. I disliked Vicar Max almost the moment he settled in with my party. He’s a dickhead, but after spending some time with him, I decided: He’s an interesting dickhead. Give the guy a chance.

I kept him along mainly because his personal quest intrigued me. He was in search of a banned book, a journal that we had found for him, but he needed it translated from French. It was a heretical text, one that Max said might contain the secrets to his religion. Max is a priest of the Order of Scientific Inquiry, who believe a grand mathematical equation determines the past, present and future as well as every human’s place in it. Max has devoted his entire life to understanding and deciphering that equation, and I was curious enough about it to stomach his whining.

Watching Max confront his beliefs and his past enriches him as a character. He’s a man consumed by his own frustration, obsessed with his lack of peace. Part of his desire to understand the equation of life is to quell his own doubts about his faith. If you speak to him on the ship, he tells you that his parents found joy and calm in the teachings of the OSI, something he has never felt. You can see that internal struggle in his actions—at one point on his journey to find the equation, he straight up threatens to beat a man to death.

By taking Max through this journey of self discovery, I started to empathise with him despite how irritating he can be. Max’s story of seeking self-acceptance reminds me of my own journey to adulthood. In order to become whole and happy, he has to accept the ugly emotions that dwell within him. He sees himself as a rational holder of truth, above the pettiness of anger, resentment, and fear. By the end of his journey, he understands that he is just a man, like everyone else, and that vibrant tapestry of emotions and experiences is what makes life so beautiful.

After I finished Max’s quest, I took him and Parvati out together to finish up a few things before I headed into The Outer Worlds’ endgame. Parvati told Max that he seemed different, calmer, stumbling over herself trying to find the right word. Max asked if she meant that he seemed less of an arsehole. “I’m still an arsehole,” he said. “I’m just aware of it now.” A little self-awareness goes a long way.