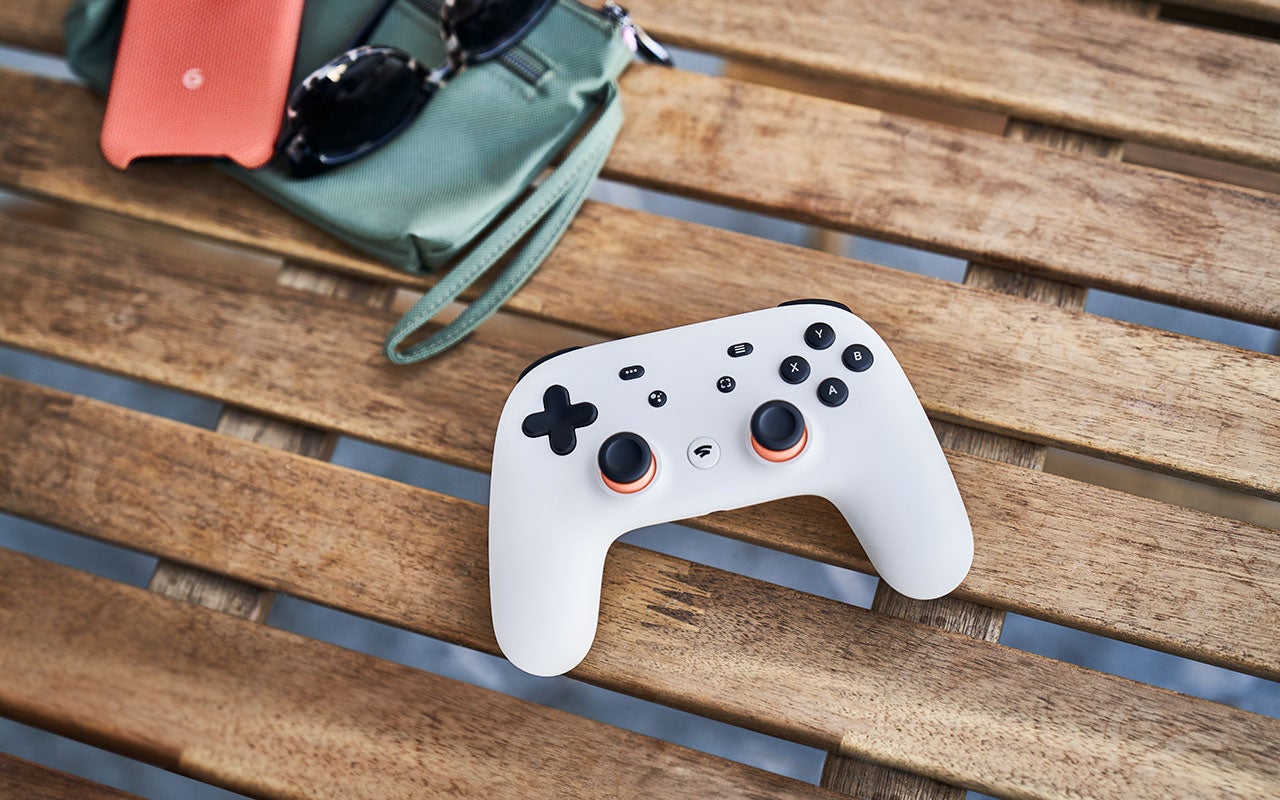 Google’s game-streaming platform Stadia is finally here tomorrow. I’ve had a week to tinker around with the Founder’s Edition. It has the Stadia controller, a Chromecast Ultra, and a charger with a USB cable you can also use to plug into your PC or laptop for playing inside of a Chrome browser. Most of my experiences using the Stadia have left me a little befuddled.

Here’s the thing about me, readers: I’m a fool. I always want to try out the newest, latest thing to see if the hype is real. There’s one question I keep returning to: Who, exactly, is this for? It’s in its testing stages, but could I recommend this to somebody in its current state? Nah, not really. Does it work though, Paul? Yup. Sure does.

In the interest of transparency, I do have a sibling who works at Google, but that in no way influences my thoughts on my time with Stadia this past week. There might be an awkward Thanksgiving conversation, but we’ll be all right.

If you’ve got all the right pieces in place, the Stadia service works pretty damn well. Redeeming the codes for games they sent us for review and being able to jump into them immediately without download waits was exhilarating. As someone who has to regularly wait for patches to download and shaders to get installed when my friends are all gathering online for some Modern Warfare multiplayer, I often feel like I’m stuck outside waiting in line for the party while I can hear my friends inside having a great time. Stadia just let me walk on in after redeeming a code for Red Dead Redemption 2. That’s pretty cool.

In order to play on your phone or on a Chromecast Ultra, you’ll have to have the Google Home app, set the device up, and tie it to your personal account. The entire setup will be handled through the app itself, which worked pretty painlessly. You can cast games from your phone onto your TV the same way you’d cast a YouTube video. Using the app, you can also have a game you’re playing on your TV shift instantly onto your phone. It actually works really well.

I’ve tested it out on my 4K HDR TV at home, on my Pixel 3 (which I already owned), and my PC using a browser. With my gigabit home internet, it 100% works. The ability to transfer gameplay between my phone or my browser in seconds is wild. Our review unit came with a USB-C cable to hook up to my phone and a USB-C-to-USB-A cable to play in a Chrome browser on a PC or Mac. While it isn’t as seamless a transition as they showed off at the Game Developers Conference in March, it works.

For third-person adventure games like Shadow of the Tomb Raider, Red Dead Redemption 2, and Gylt, I didn’t notice any input delay. Tomb Raider ran silky smooth on my TV. Red Dead Redemption 2 looked great but appeared to cap out at 30 frames per second. For all of that teraflop talk at GDC, I was a bit let down. Destiny 2 looked amazing on my TV at home and ran really well at 60 frames per second. There was hardly any noticeable input delay, but when it does happen, it’s disruptive. I’d stop sprinting and my character would take an extra step or I’d miss a headshot that I swear I would’ve gotten for sure on PlayStation 4 or with a mouse and keyboard (Editor’s note: Sure, Paul).

These games work well as test cases, but I can’t imagine someone actually shelling out money for this. Let me explain why. Ostensibly, my current setup is ideal for the Stadia—I am a fool who owns with gigabit internet, a 4K HDR TV, and even a damn Pixel 3. I’m somehow the exact person somebody at Google probably sketched onto a whiteboard in Stadia’s early stages.

But again, I ask: Who else is this for? Outside of the ability to stream games on a browser or your phone, I really can’t find a strong selling point for playing games that you can largely get on other platforms already for around the same price. Stadia’s for tech-savvy people, but it’s likely they already own an easier way to play these games.

Sure, it’s a cheaper point of entry. The $US129 ($189) Founders Edition gets you in the door for cheaper than other consoles, assuming you already have a TV, a computer or a Pixel phone at home. But the launch lineup leaves much to be desired with only 22 games, and all but one of the original 12—except for Gylt—have been available on other platforms for some time now.

None of these games are particularly impressive as launch titles. That’s where Stadia really fails to impress, and it’s a big sore spot. Google says more games are coming by the end of the year, but this seems like a soft launch to get ahead of the shiny new consoles coming next year.

But if we call it a soft launch, this thing is cotton candy. On launch, Stadia won’t have some of its major social features like Stream Connect or Crowd Play. That’ll come next year, according to Google. Stadia doesn’t have an achievement system, current Chromecast Ultras won’t run Stadia, no family sharing, no buddy passes (sorry to ya mans) and some “Founders” won’t even get theirs until late November or early December.

I still have to wait to see how the Google Assistant button on the Stadia controller works since it wasn’t available on our review units. The share button did let me save 30-second clips and screenshots to the Stadia app, but even then, I couldn’t do much with them. They were just trapped inside the app with no way to download or share them. I mean, I could screenshot the screenshots? But like…why?

Another (highly specific) issue: I’ve been working with our office’s IT manager to get Stadia running on a TV, but if you’re planning on using these Chromecast Ultras at work, think again. Stadia, as of right now, just doesn’t get along with enterprise networks. Unless your IT manager is really cool like ours (shoutout to Chris from IT) and is helping you set up a private network to test this on, you’re in for an adventure.

Ultimately, I’m left feeling lukewarm on Stadia. Playing in Chrome caps your resolution to 1080p, it’s not really wireless with your phone, and there are a ton of missing features that people will just have to wait for. But when it works, you do get a glimpse of what being able to play games across multiple screens can look like, and you know what? That’s pretty damn cool.

At the moment, Stadia feels about as substantial as a phone upgrade. Sure, it’ll have a better camera and a few new features, but once you transfer stuff, it’s the same user interface—the same message threads and emails you’ve been ignoring. This just felt like playing Destiny 2 on my PC or Red Dead Redemption 2 on my PS4 Pro. There aren’t any real reasons to buy the service over consoles or a PC right now. That’s one thing Google needs to address if they want this thing to be appealing, especially with a new generation of consoles looming.

However you feel about what a streaming service like Stadia could mean for game preservation or the modding scene, it’s hard to deny we’re heading in that direction. It won’t happen tomorrow, but if all the services I’m currently subscribed to tell me anything, Stadia feels like a step in that direction. It’s tough for a console to make a good first impression, so I’m not counting it out just yet. In the meantime, I’ll keep playing most of my games the way I already do: on hardware running it locally, where all my other friends are.

Here’s what we know so far about the games available for Stadia at launch: