The Sims 4 just had its first survey for another community-voted Stuff Pack, with features voted on by players who partake. If you all didn’t vote for Arts and Crafts I will be so fucking mad.

There are three tiers of Sims 4 expansions, and Stuff Packs are the lowest tier. They’re cheap and come with a handful of new clothes and furniture and maybe a new skill for your Sims to learn. They’re extremely optional; you probably won’t miss one if you don’t buy it. It also makes sense that The Sims’s development team has opened up one of these Stuff Packs to a vote. Last time, players voted on what mechanics the pack will feature as well as the look and feel of the items in the pack. I mean, we did end up with a Laundry Stuff Pack, but at least it’s not an entire Expansion Pack about laundry, right? Well, now the development team is crowdsourcing another pack, I am surprised about how much I care about it.

The survey for this new Stuff Pack, which is now closed, featured some cool looking stuff. There was an idea for a pack about futuristic technology, and another about seances and hunting ghosts. Listen, those both sound fun. But they’re not what I, in particular, need. I need crafts.

There are two kinds of Sims players. Some players love murder, while other players love happy families. If you just want to trap your Sims in a pool, you’re probably pretty jazzed about talking to ghosts or whatever. I am in the “happy families” camp. I want to have long legacies of Sims that live in the same, sprawling house until their dying days. And, so help me god, I want them to be able to knit. 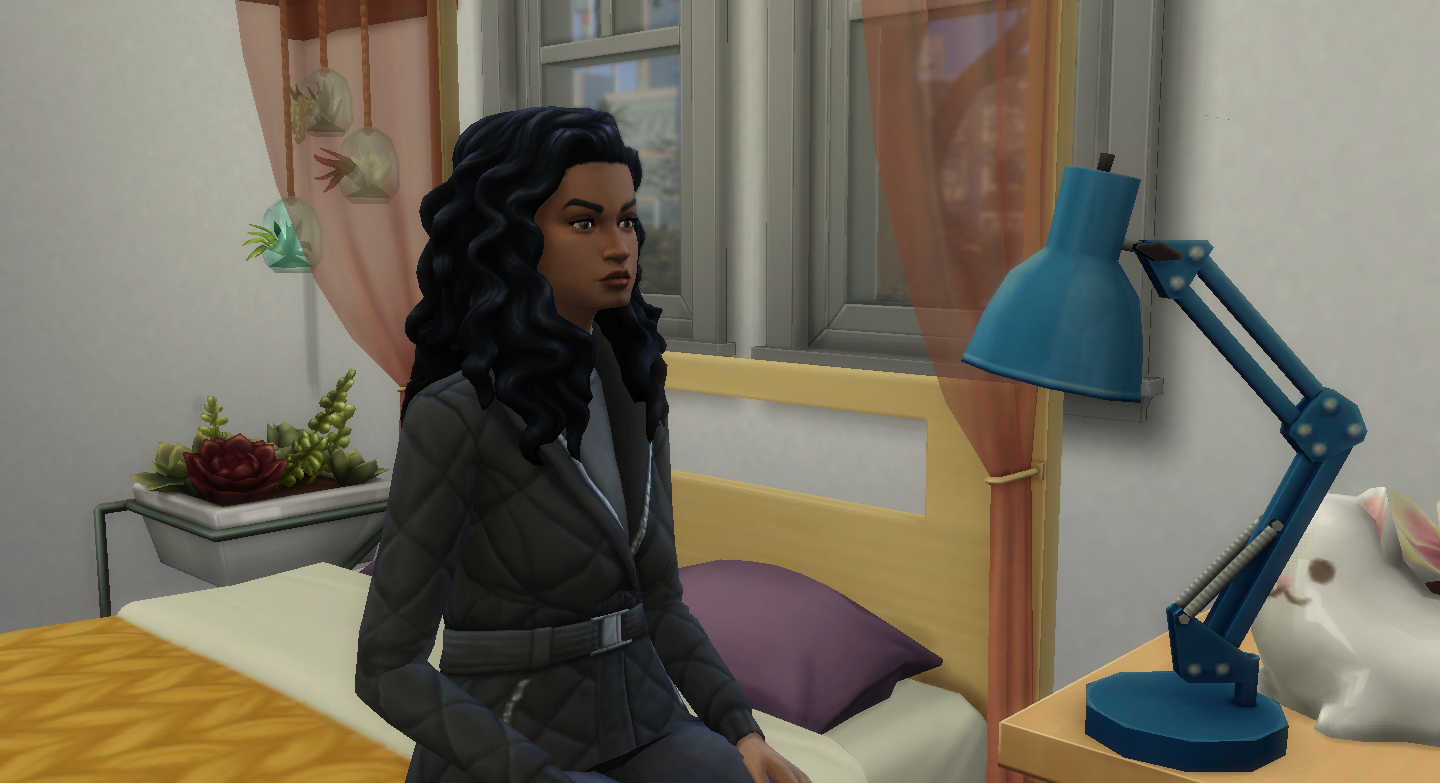 Look at her. She should be knitting, clearly.

Sims, for the most part, don’t have hobbies in The Sims 4. There are crafts you can do, and skills like Painting and Woodworking that I guess count as hobbies, but they’re not the traditional crafty things that I want my Sims to be doing as they curl up in front of a fire to relax. It’s all well and good that you can take out a camera and learn how to take pictures, but some people like to crochet, ok? Sometimes people are boring and that’s fine.

If you’re not a murder-centric Sims player and you actually let your Sims grow old before they die, you’ll know that once a Sim reaches the Elder life stage, the game gets pretty uneventful. I usually let my Elders handle themselves once they’ve retired; there’s simply nothing for them to do. If Arts and Crafts rightfully wins this vote, suddenly a whole world will open up to them. They’ll have a pottery wheel, be able to cross stitch or even make glass. Elders will finally have shit to do other than wait around to die.

But beyond that, it’s just really satisfying for me to see my Sims do the kinds of things that I like to do in real life. I love crafts. I scrapbook, I can knit (badly), and I’m thinking about picking up cross stitching again. These are satisfying ways to relax in real life, and if I’m truly devoted to making my Sims as happy as possible, I want them to be able to do those things too. What I love most about The Sims are the brief, fleeting moments when my Sims feel like real people, when the simulacra of human life is indistinguishable from the actual thing. Crafts are part of that, for me. They’ll just make the game feel more complete.

The zaniness of The Sims is part of its charm, sure, but at its heart, it’s a game about people. If Arts and Crafts loses this vote, I will console myself somehow, but it’s one of those things that fits so naturally into what The SIms is about that I really hope it wins. I’m sure there will be something in it for the murder players too. Maybe you’ll be able to get stabbed to death with knitting needles, and then commemorate the occasion in stained glass.