It Sucks That Half-Life: Alyx Is VR Only, But I’m Still Excited For More Half-Life

Half-Life 2 is probably my favourite game of all time, with my other option being Half-Life 1. I wanted to start with that sentence because I think it really helps explain my love for the Half-Life franchise. And as a lifelong, hardcore, super Half-Life fan I’m excited to play Half-Life: Alyx, even if it means I have to borrow a VR headset and put up with weird VR issues.

The Half-Life games and their world are things I deeply care about and think about more often than you might expect. I’ve replayed every Half-Life game and expansion multiple times. I made Half-Life 2 maps. I even wrote Half-Life fan fiction starring Gordon Freeman back when Half-Life 2 had first come out. And I’m used to jumping through some hoops to play a new Half-Life game.

When Half-Life 2 was announced I got so excited. And then I realised that my PC wouldn’t be able to play it. I had played the original game for the first time on PS2. My PC back then was terrible and couldn’t even run Half-Life let alone this new fancy looking sequel. So when it was also announced that it was going to get an Xbox port I was excited. Of course, I would need to buy an Xbox. So I saved up some money, made a few deals with my parents and got an Xbox nearly a year before Half-life 2 actually shipped for the console. (I ended up playing some Halo on that console in the meantime and became a big fan of that franchise too.) 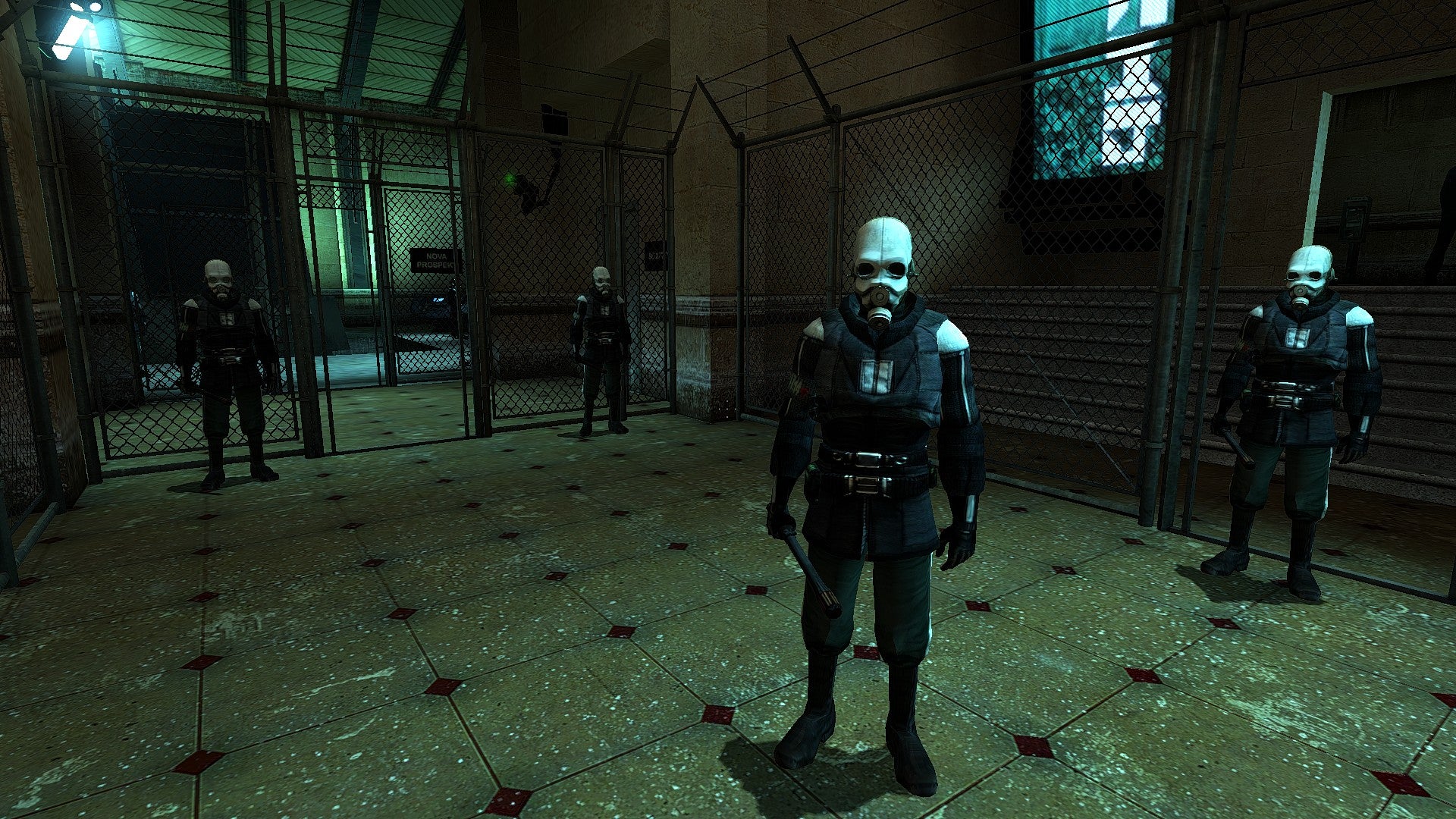 I did eventually play and fall in love with Half-Life 2 on Xbox. And then again on Xbox 360 and PC. I honestly played the opening chapters of Half-Life 2 again just a few weeks ago for no reason other than it felt like it had been too long.

So a few years ago, as rumours of a new Half-Life VR game started to surface on YouTube and forums, I had the same reaction that I had when Half-Life 2 was announced all those years ago. I was excited, a new Half-Life game. Finally. I also knew that I didn’t have a VR headset or controllers and I wasn’t confident my PC could properly run a VR game. So I began pricing out headsets and waiting until more information about the game was released by Valve. And honestly, I didn’t expect any information.

Valve has a habit of working on things for years and then shelving them with no fanfare or news. We only know about these projects and cancellations because of data miners and rumours. So this Half-Life VR project seemed like just another project to throw on the pile of dead and cancelled Valve games.

And then I saw the tweet from Valve announcing a new Half-Life game.

We’re excited to unveil Half-Life: Alyx, our flagship VR game, this Thursday at 10am Pacific Time.

Can’t wait to share it with all of you! pic.twitter.com/BupFCxSrTw

I want to say that I’m professional and able to look at things with a critical eye, and usually, that’s true. Not this time. I freaked the fuck out. I couldn’t believe it. And then a few days later, on November 21st, 2019, I saw an actual trailer for a new Half-Life game.

I had to pause the trailer halfway through and collect myself. I couldn’t believe it. It was real. I was watching it. Half-Life: Alyx is real and it’s coming out soon. (March 2020!)

Luckily, I have a friend who has a Valve Index and she is willing to let me play Half-Life: Alyx at her place on her computer. I’ll probably cry the first time I see Eli Vance. And I’ll probably scream whenever I see things from Half-Life 2, like The Citadel. But if I didn’t have access to a good VR headset, would I still be excited about Half-Life: Alyx? Yes.

Sure, this isn’t THE Half-Life game so many folks have wanted. Forgetting about the VR stuff for a moment, this is a prequel to Half-Life 2. So the ending of Episode 2 will remain unresolved. This isn’t Episode 3 or Half-Life 3. Is there a chance that this game has some hints towards the future of the franchise? Yeah. In fact, I wouldn’t be surprised if there is some kind of tease towards the future. Just a tease isn’t going to satisfy fans who have been waiting since 2007 for any kind of closure to the cliffhanger ending of Episode 2.

However, Half-Life: Alyx not being Half-Life 3 is something I’ve made my peace with ever since the rumours of the game being a prequel began popping up. It’s not the first thing I would have asked for, but at least we are getting more Alyx, which is always a good thing.

And about the VR aspect of HL: Alyx. I know a lot of folks are upset and disappointed about the game being VR only. And I get it. There are some legit reasons to be angry about this. Folks living with different physical disabilities and illnesses won’t be able to easily play HL: Alyx. Fans who don’t own VR headsets and powerful PCs won’t be able to play this new Half-Life game, either. And while the cost of getting into VR gaming has lowered over the years, it is still a high cost to spend on one game. 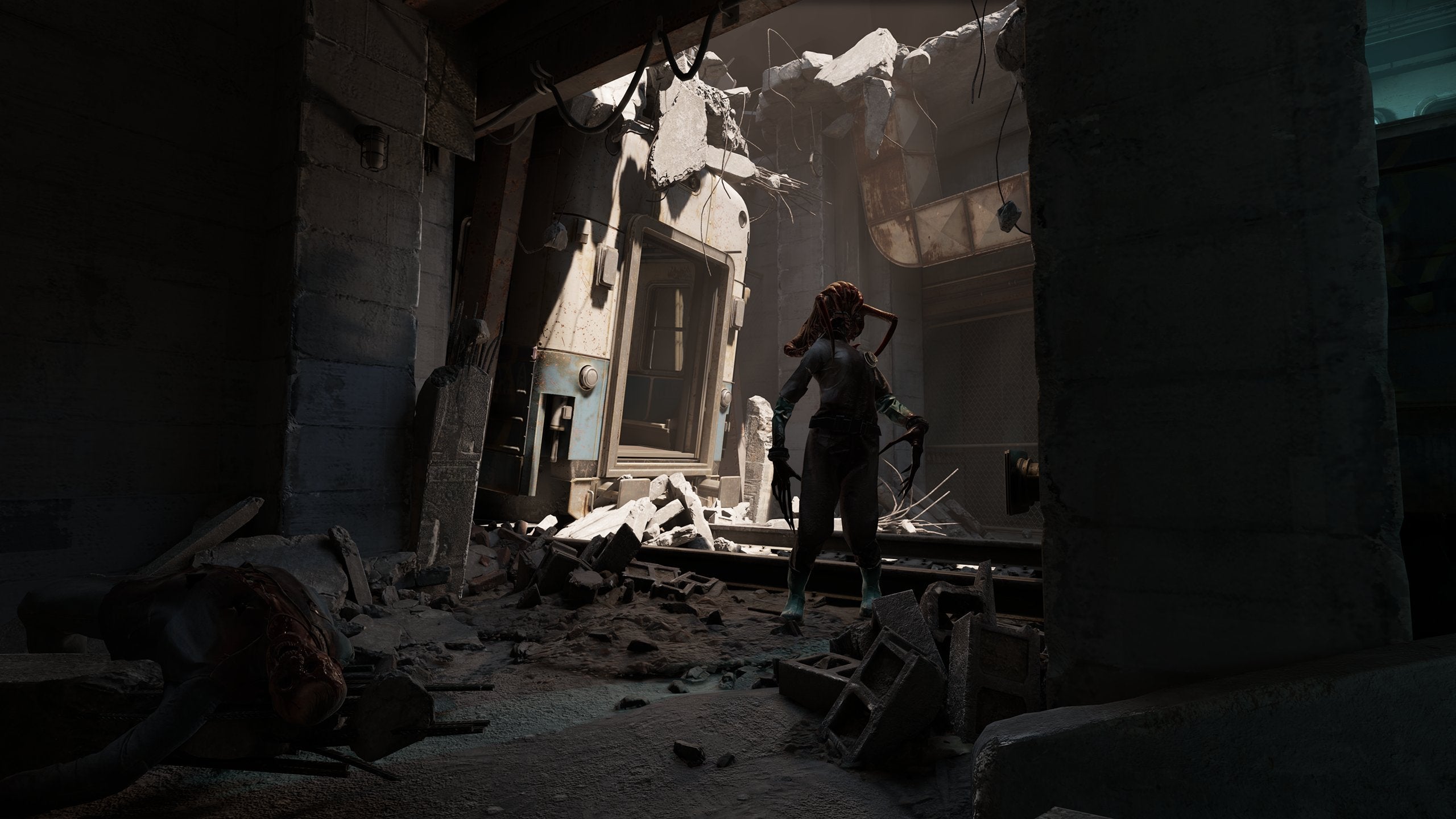 Here’s the thing though, the only reason we are getting a new Half-Life game from Valve is because of VR. This is basically what Valve developers say in a video released last week. The idea of working on Half-Life 3 is scary and overwhelming for many of the folks at Valve. So using VR as an excuse, the team was able to sort of convince themselves that this wasn’t Half-Life 3 and it could be important in a different way: It could be the future of VR gaming.

Will Half-Life: Alyx be the future of VR gaming? Maybe. But I don’t care, honestly. What I’m more interested in is Half-Life’s future. For a long time, it seemed like Valve had placed Half-Life and its characters into an old box and shoved it into the back of a closet, letting it collect dust. But now we are getting a big, full-length Half-Life game from Valve. And I want to play that damn game. But I also understand why so many folks are angry and disappointed with Alyx. And I’m not trying to say they are wrong or should shut up. They have valid concerns and issues. I’m just a big, dumb, super Half-Life fan and I’ll take a new Half-Life game in any form, VR, 3D or whatever.

Even if I have to buy, borrow or steal a stupid VR headset to play it. I don’t care. Half-Life is back and I’m happy.

And besides, modders will probably rip the VR stuff out of it anyways.