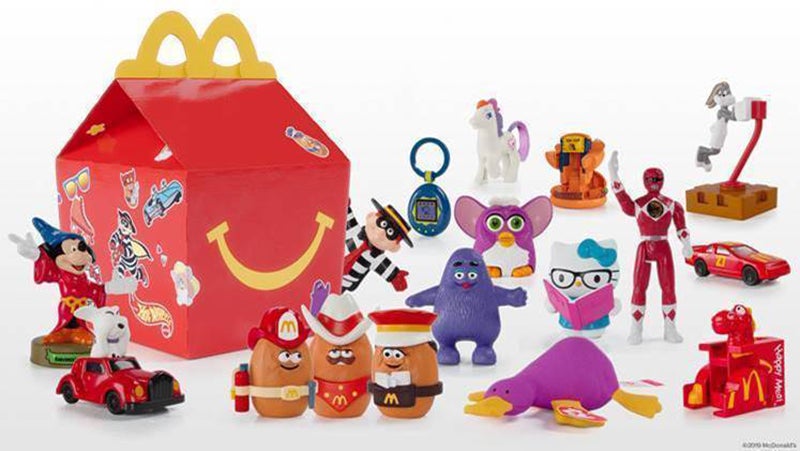 The McDonald’s Happy Meal has produced some pretty iconic crappy, french fry-scented bits of colourful plastic over the years. From November 21, Suprise Happy Meals will be packed with one of 17 classic toys from the past four decades, including Power Rangers, Tamagotchi, Furbies and more.

The good news is there are 17 iconic food toys in the special Surprise Happy Meals, including remakes of some of the most sought-after McDonald’s toy collectibles. I need the Dinosaur Happy Meal and hamburger transforming figures, and if I don’t come out of this special event with all three of the special McNugget figures, what’s the point of life?

Editor’s Note: This list comes from the U.S. but the promotion is being launched in Australia soon after, so we expect a similar range of toys here.

Thanks to my children’s insatiable appetite for chicken nuggets and my local McDonald’s jumping the gun, my family has already acquired the Furby and Power Ranger toys. That means we need to purchase at least 15 more Happy Meals to collect the whole set. Or wait a week and eBay the damn things.