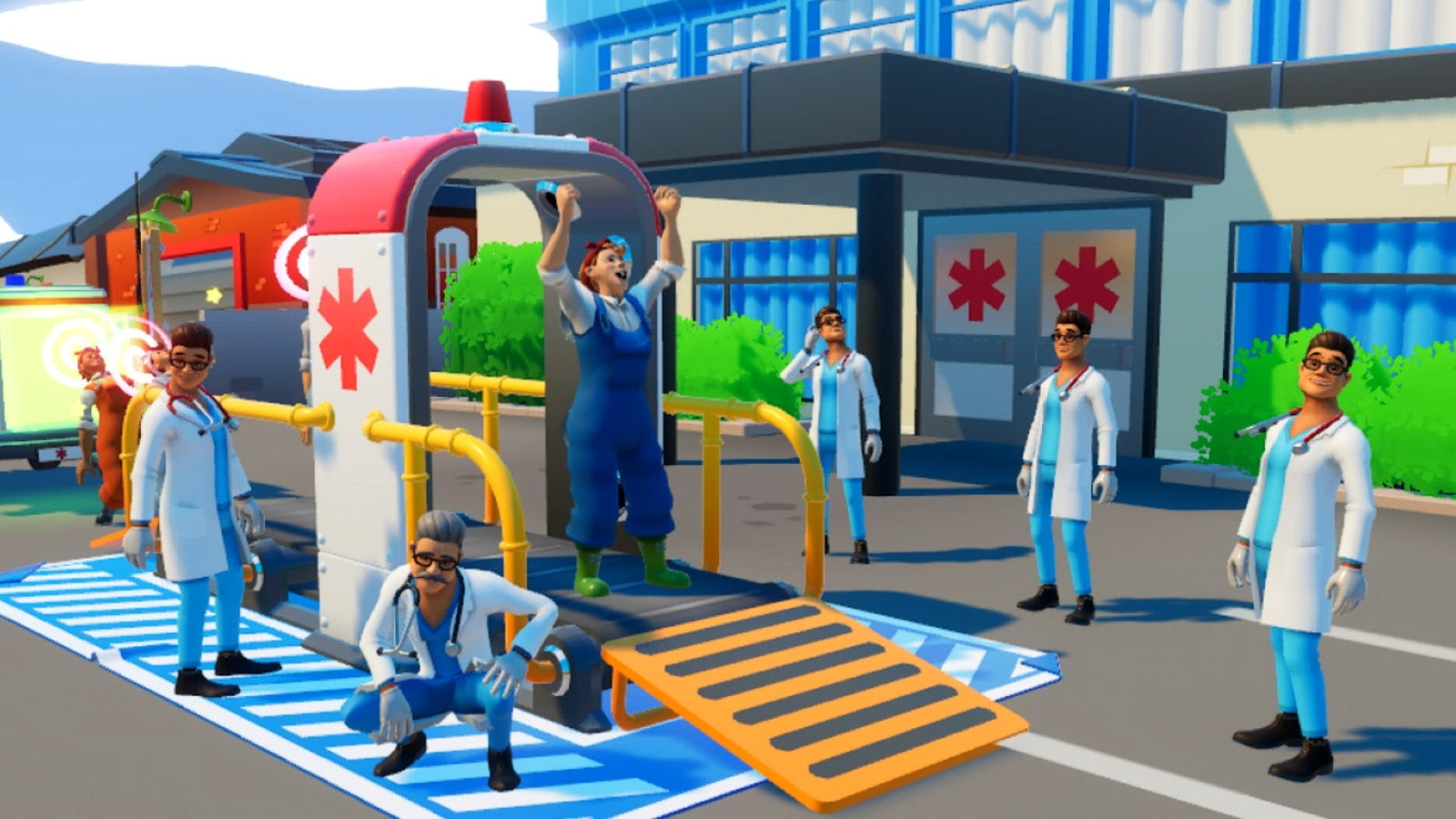 A new Nintendo published game, The Stretchers, is just came out on the Nintendo eShop in Europe and Japan. It’s a co-op game where you and a friend load people onto an ambulance and take them to a hospital, and it looks very silly.

The Stretchers comes from the same people that made Little Nightmares, Tarsier Studios, and it manages to make being an EMT seem very wacky. Residents of a town are suddenly struck by dizziness and need your help getting to the hospital. You and a friend will have to manoeuvre a stretcher through obstacles to pick up people and then drive the ambulance to the hospital, careening through fences and people’s backyards as you go.

This seems like the perfect kind of game to throw on at a party, if only because any game where you have to coordinate movement with another player is a recipe for hijinks. You can check out more information and screenshots in the European eShop.