Overwatch 2’s New Modes Are Fun, But Play It Too Safe 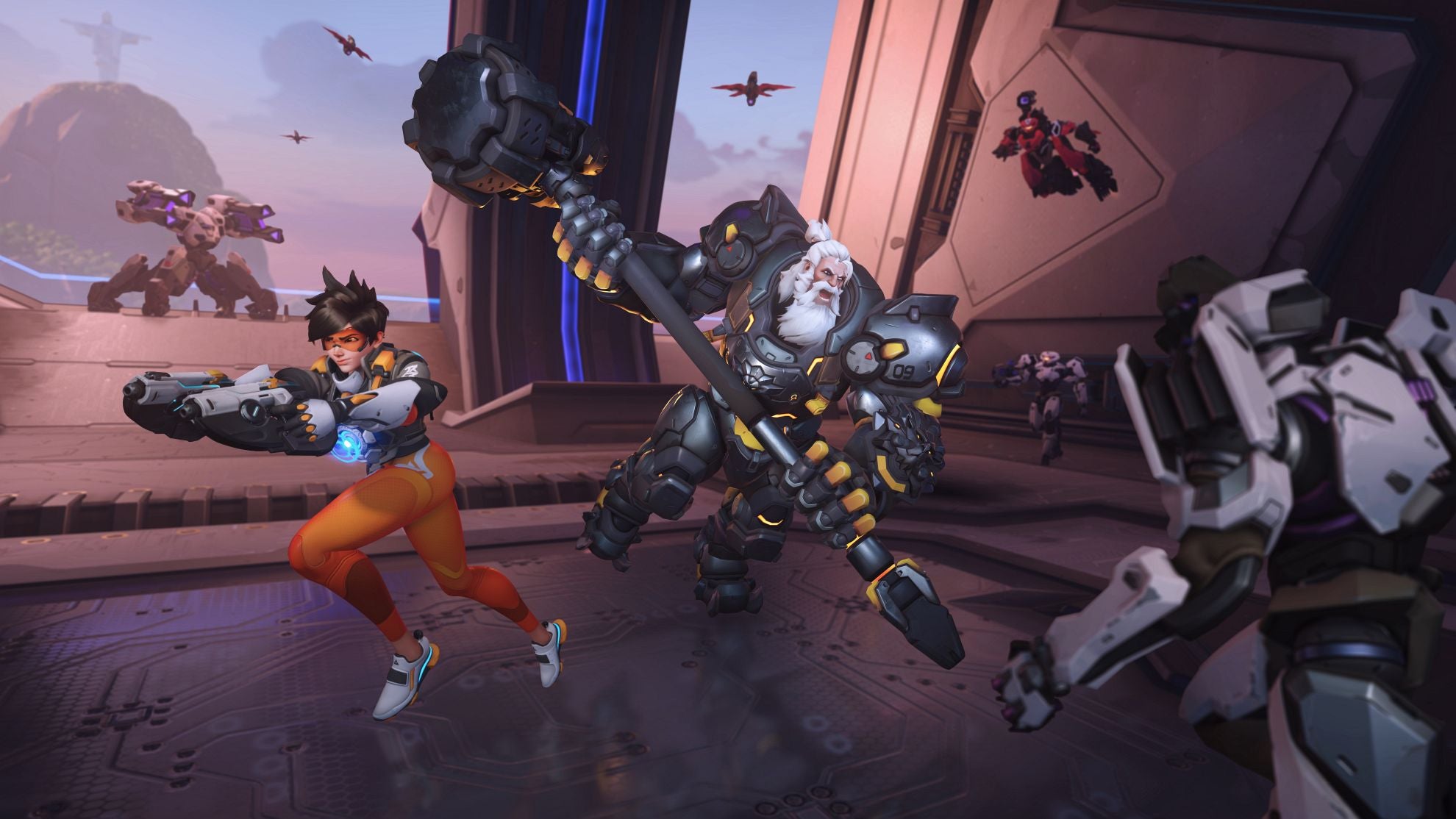 Since day one, Overwatch’s existence has been marked by refinement. Balance changes, new heroes, player-made modes, events, role queue, and other additions have indelibly altered the game’s fabric, or at least switched up its stitching. Now it’s getting a sequel, an opportunity for truly foundation-rattling change. So far, however, Overwatch 2 feels like another refinement.

I’ve played demos of Overwatch’s story-based PVE mode and new “Push” PVP mode at BlizzCon, and while I’ve enjoyed my time with both, they don’t particularly feel like anything that couldn’t exist within Overwatch 1‘s current framework. This makes a degree of sense; the Overwatch team intends on updating the games in tandem, adding new maps, heroes, and other features to both games and allowing Overwatch 1 and 2 players to play together on the same servers. Still, the end result is two modes whose shiny new sheen quickly gives way to an easy familiarity.

Story mode is the most standout new addition. In it, teams are comprised of four heroes—not six—and they progress through linear levels while blasting robots and acquiring items. The level I played took place in Rio de Janeiro, Brazil and told the tale of how Lucio slid into his first gig with the heroic Overwatch organisation. It opened with a cut-scene that felt straight out of the first five minutes of an Avengers movie, with heroes teaming up and cracking wise while dispatching overmatched enemies. This scene was elaborately staged, well-choreographed, and had a cool bit where Reinhardt cannon-balled down from a ship with his shield deployed, cackling like a more-loveable-than-average madman. Characters delivered short, punchy lines and were generally charming. I liked it.

What it fed into, though, felt like it could easily just be next year’s Overwatch Archives event, another iteration on the PVE formula the game has been trickling out since 2017. My group—made up of Lucio, Mei, Tracer, and Reinhardt—mowed down hordes of robots while moving through a level that was lovingly crafted but ultimately straightforward. The pacing was impressive. Each time I felt myself getting tired of narrow alleys and other constrained environments, levels opened up into miniature arenas with vertical components. Then, midway through, we boarded a massive dropship and wreaked havoc on its insides, culminating in a sequence where we had to flee the ship’s exploding, robot-infested debris before it plummeted into the sea.

Enemy variety, too, is improved over Overwatch’s Archive events. I encountered a solid mix of mindless ground troops, acrobatic robots who could dart and dodge in the air, soaring swarms of drones, and towering mechs with laser cannons for arms. The first time I played through the map (as Mei), I wasn’t terribly impressed by the normal mode AI. But the second time, I picked Reinhardt and found myself enjoying some of the more subtle touches. Fliers would sometimes dodge my fire strikes at the last possible second, and if my teammates weren’t around, enemies would occasionally try to rush through my shield and pressure me. Near the end of the demo, we also encountered a giant boss that looked like what’d happen if a Pacific Rim mech ate a gorilla. It utilised a variety of tactics, including aggressive Reinhardt-like charges and an AOE slam that both knocked players back and left a damaging electric field in its wake.

Items and character progression add strategic layers. Items run on cooldowns and include healing fields, holo shields, corrosive grenades, and turret buddies you can toss down and attend to like a doting parent or a regular Torbjorn. Character progression, meanwhile, will let players pick bonus hero abilities after they level up from replaying maps. At BlizzCon, everybody’s level one, so I could only pick between two abilities, but I was able to catch a glimpse of what I’d be able to unlock given the time. For example, at level one, Mei could pick between a passive ability that causes enemies to shatter upon death, harming nearby enemies, or a bonus to her Cryo-freeze that turns nearby foes into popsicles when Mei bursts forth from her icy cocoon. While level 10 and 20 abilities were locked in the demo, they included a buff to her ult that would instantly kill frozen enemies under 200 health, the option to move and bowl enemies over while in Cryo-freeze mode—which sounds hilarious—and a simple increase to damage taken by frozen enemies. 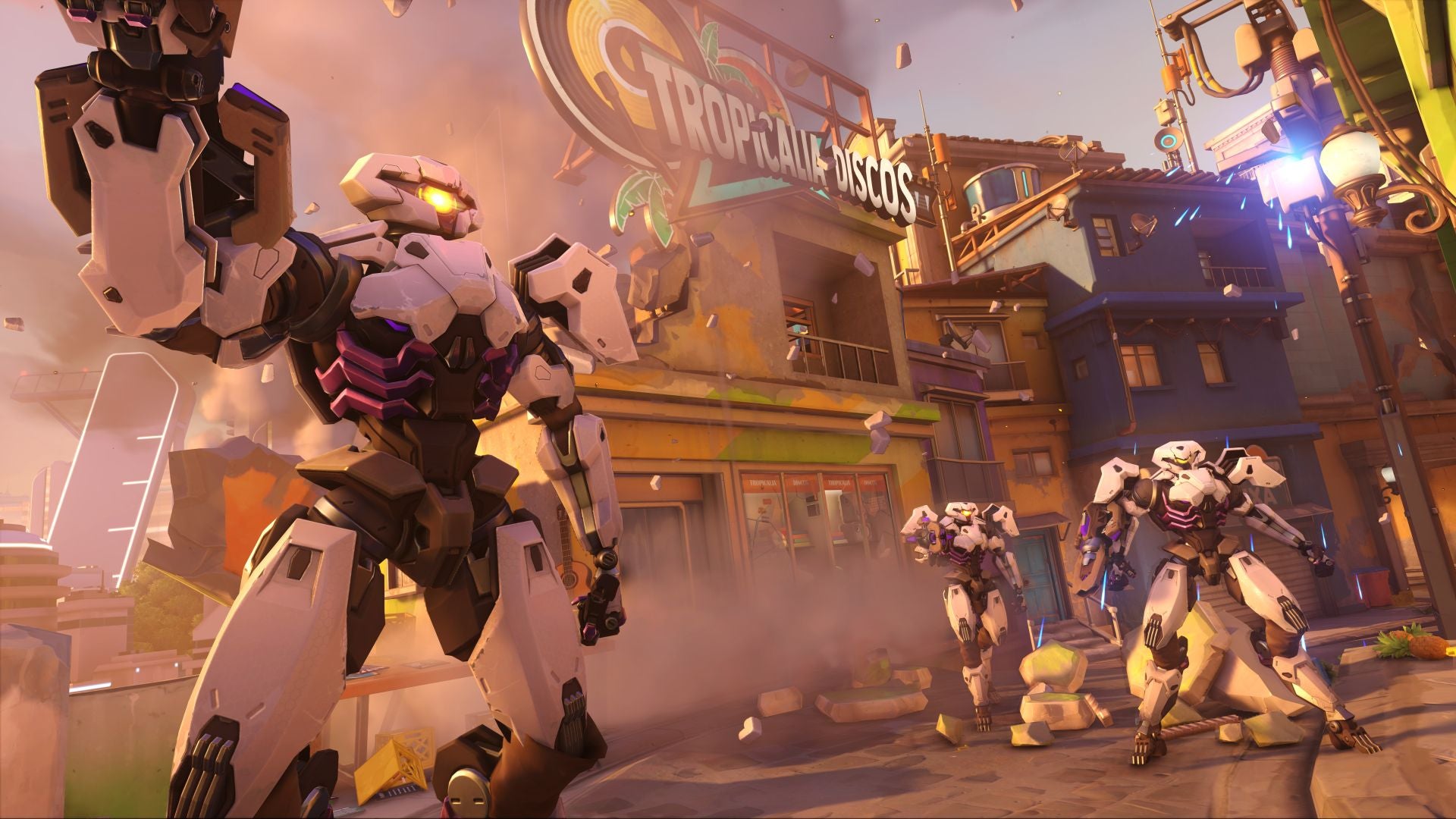 That said, normal difficulty was, a couple of touch-and-go encounters aside, a complete breeze. There’s an expert mode as well, but it hasn’t been consistently working at media demo stations, so I haven’t gotten to try it. I’m curious to know if it alters enemy AI or just tweaks numbers. Either way, I’d like to feel a little more pressured to experiment with all of story mode’s new toys instead of just mindlessly rushing forward.

The first time I played the Rio map, I nonetheless came away enthralled. It felt like Overwatch had finally cracked the code on PVE with a mix of deft pacing and punchy, characterful dialogue spouted by heroes as we moved through the level. It was Left 4 Dead, but also Overwatch—a revelation. The second time, though, I already felt the complacent malaise of familiarity begin to set in. Even with additional difficulty modes and character progression, I find it hard to imagine myself replaying this map for more than a few hours. Of course, Overwatch 2 will ship with multiple story mode maps, but I’m still sceptical that they’ll have the staying power Blizzard seems to be counting on.

Then there’s the new “Push” PVP mode, which is a smart spin on an old classic. It’s basically Overwatch’s tried-and-true brand of payload pushing, except both teams are trying to take the payload all the way to opposite ends of the map. Also, the payload is a robot who babbles about how much he loves his job of being a robot who gets pushed places. He is Good, and I will defend him to my dying breath, or until the other team captures him and he just goes with it because he is a born traitor and our friendship was built on charming lies.

The back-and-forth nature of the mode leads to a fun dynamic where momentum shifts are plentiful. In addition, because teams frequently change directions, there are many opportunities for clever flankers, and the map I played, Toronto, was structured to facilitate this, with multiple central structures for both teams to duck and weave through. 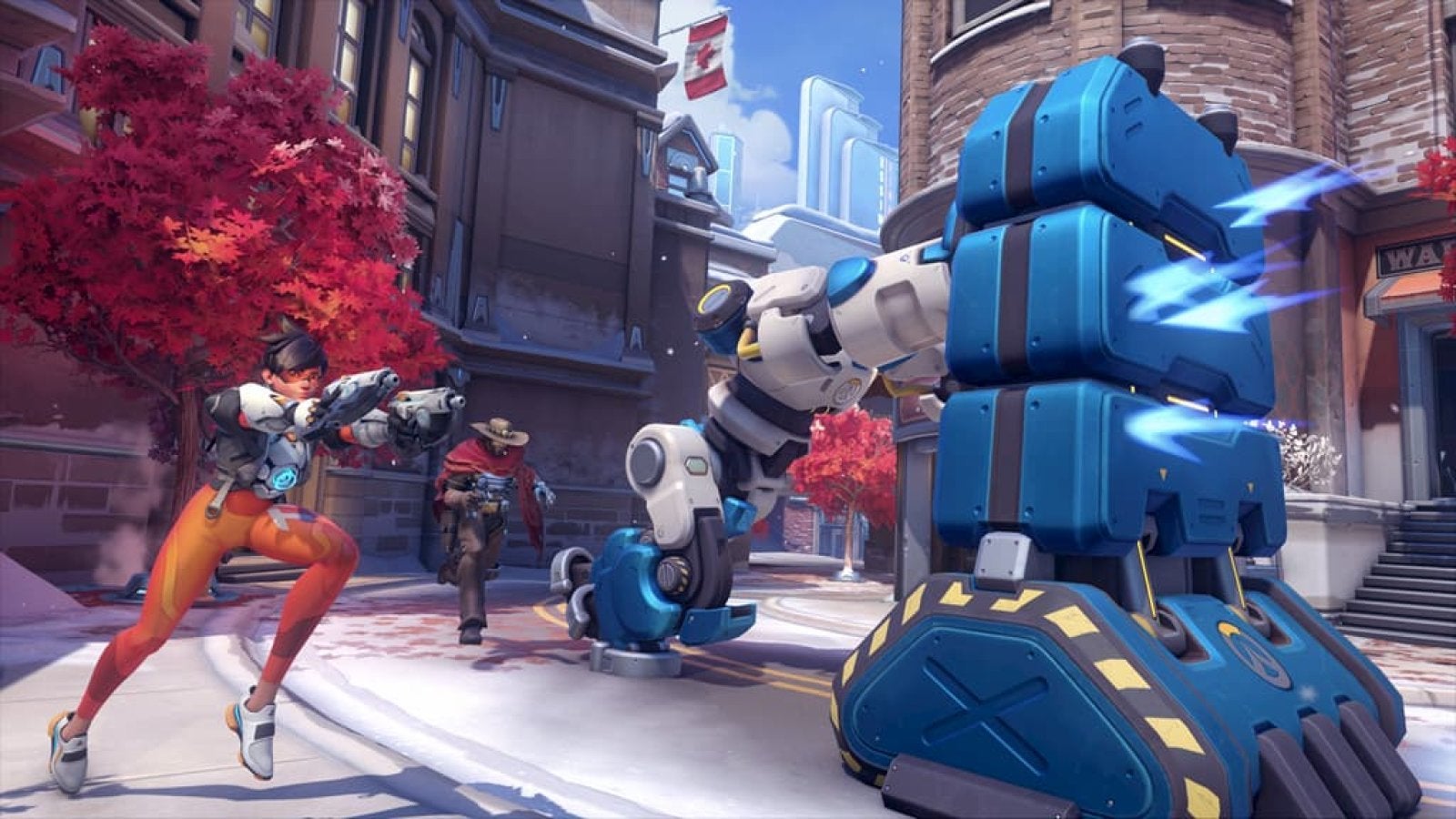 It was refreshing to play a new PVP mode in Overwatch, but again, it wasn’t far removed from what’s come before. As a result, I came away from the demo itching to play more, but not that much more. These days, I don’t play Overwatch as regularly as I used to, and I’d love for some element of Overwatch 2 to suck me back in. Unfortunately, I’m not sure these modes will do the job. Maybe that’s fine. Maybe Blizzard has other features and modes in the works for players like me. For now, though, Overwatch 2 feels like a risk-free helping of more Overwatch, for better or worse.