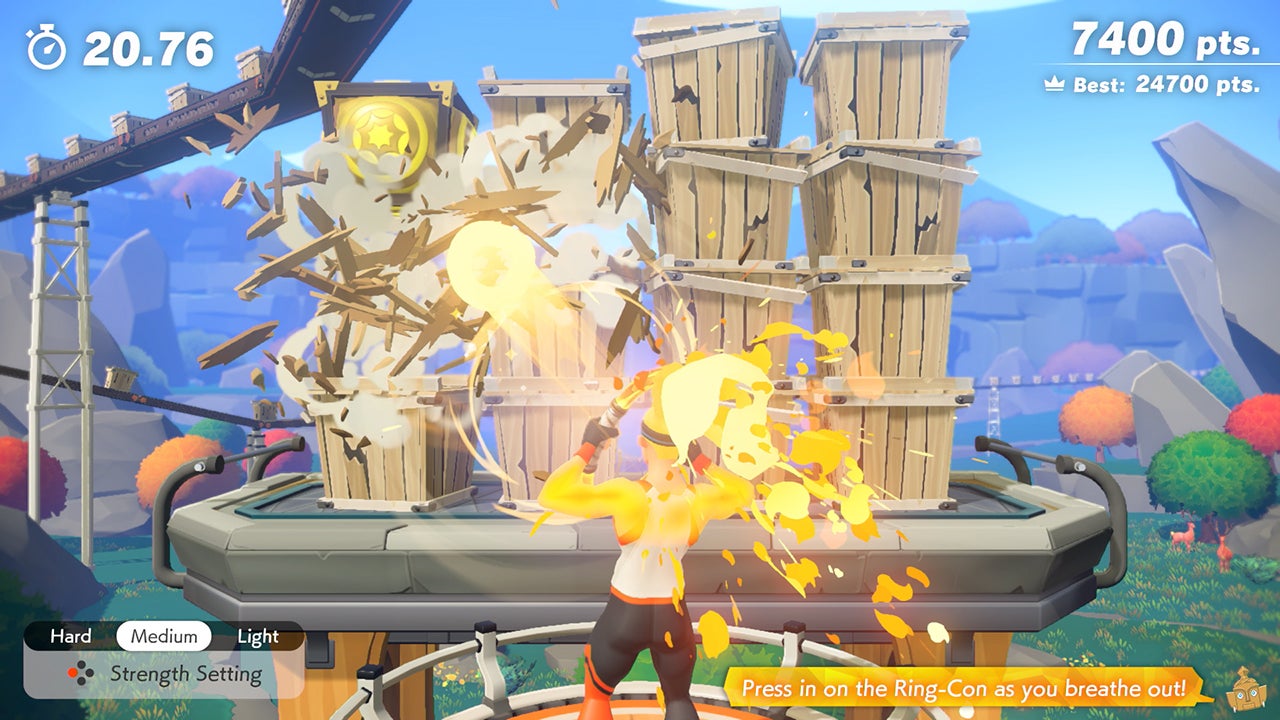 Pictured: how my arms feel after playing Ring Fit Adventure for an hour. (Image: Nintendo)

Humankind has always set about the daunting task of pushing past its boundaries, whether physical or otherwise. Now the gauntlet has been thrown for the next gruelling task facing gamers: Ring Fit Adventure speedruns. Armed with water, towels, and a frankly excellent attitude, gamers have taken on the challenge to solve a core conundrum: How in the world do you play through an exercise game really fast?

Ring Fit Adventure is a Nintendo Switch game in the vein of Nintendo’s previous forays into the fitness world, except it’s actually good. With a Joy-Con strapped to the leg and one attached to a ring-shaped resistance band, you move through the game’s adventure mode by jogging in place and completing exercises to battle enemies and save the world. There aren’t a lot of ways to cheat the system and power through the game without really working out, but they do exist, so speedruns have currently been broken into two categories: “Intended” and “Not Intended.”

In the “Not Intended” speedrun category, which is currently empty on Speedrun.com, players can do things like messing with the position of the Joy-Cons to fake the actions the game cues. In the Intended category, players must sweat through the game in the way the developers intended (or something close to it), and a brave few people have already attempted as much in the “Beat World 1” Intended category. 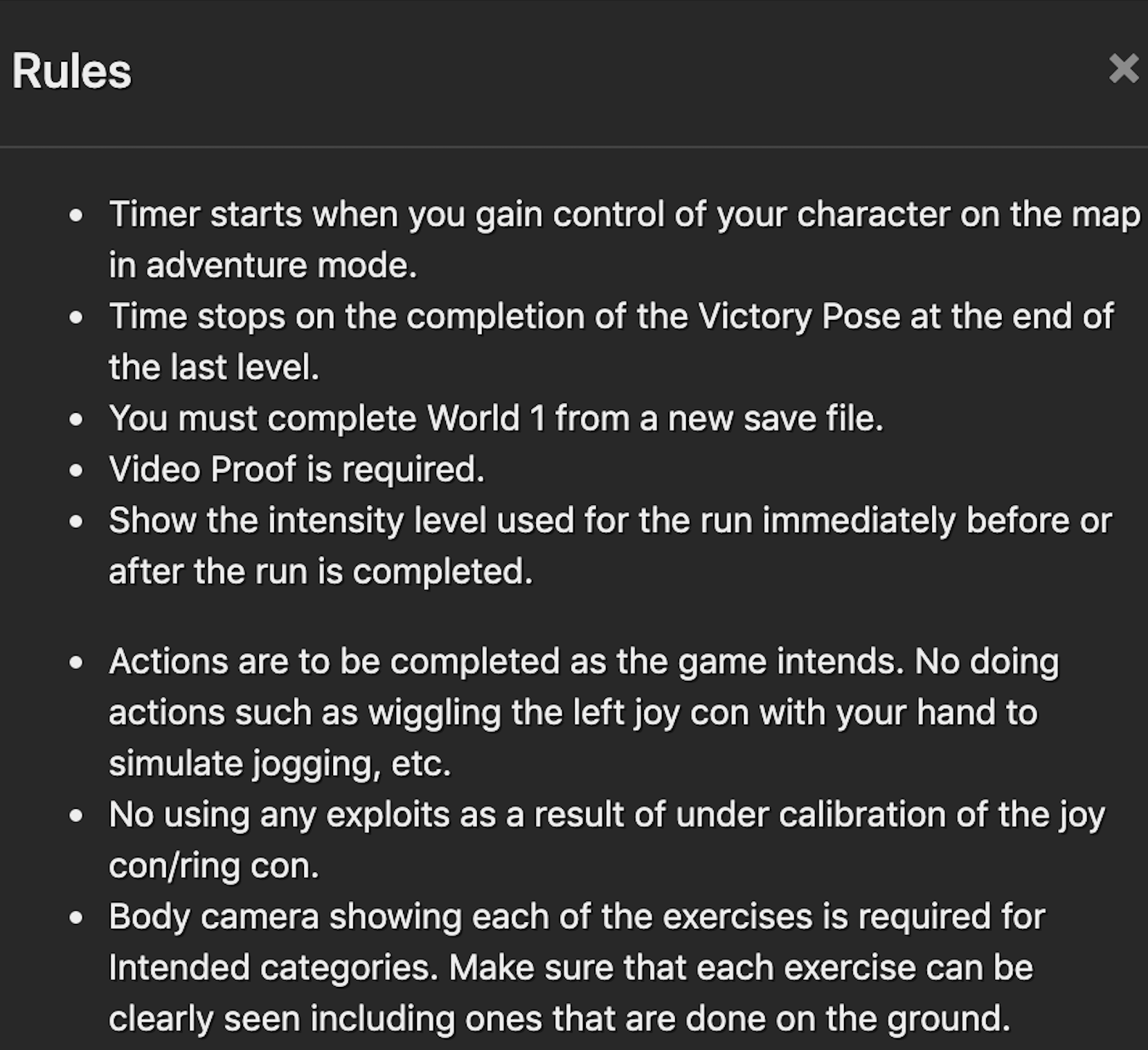 The Intended category is currently split into Intensity Level 1 (the lowest), Level 30 (the highest), and Any Intensity. In the game, every battle against an enemy involves doing exercises, and players can choose which one to use. Looking at the records for runs at the low-intensity Level 1, a strategy seems to be forming: Squats and overhead press are fastest for mid-level battles, and having to get on the floor for an exercise is slow.

At Level 1, only a couple reps of exercises are necessary, making it far less strenuous than other categories. As a result, shredberg’s current world record of 9 minutes and 46 seconds is way under the game’s predicted workout times for each stage in World 1, which total about 18 minutes.

The real struggle comes in the Level 30 category. While playing the game at Level 30, players have to do roughly 20 to 30 times more reps than in Level 1 for the same amount of damage. That means mid-level battles take way longer, and the boss fight against Dragaux is absolutely gruelling.

I couldn’t help feeling for my guy FlamegameVideos as he continued making progress, getting through each set of exercises just slightly slower as fatigue set in. Here’s a video, appropriately subtitled “Somebody Help Me I’m Dying.” “This is agony,” the video caption on Speedrun.com says. By the end of the run, FlamegameVideos has to start taking mid-rep breaks, letting the ring drift down to rest on his neck while he catches his breath. That overhead press gets brutal after so many reps (and as quickly as possible to boot), so I feel your pain, man.

The current World 1 Level 30 world record is FlamegameVideos’ time of 29 minutes and 34 seconds, though that will probably continue to drop should interest in speedrunning the game persist. It’ll be a blast to see people keep trying these categories, and I’m excited to see what people manage to discover for “Not Intended.” Maybe I’ll use some sneaky strategies at my next Barre class.

There are currently no full runs in the Intended or Not Intended categories, though I’ll be keeping an eye out for the brave souls who struggle through Intended, either on Speedrun.com or the Olympics.