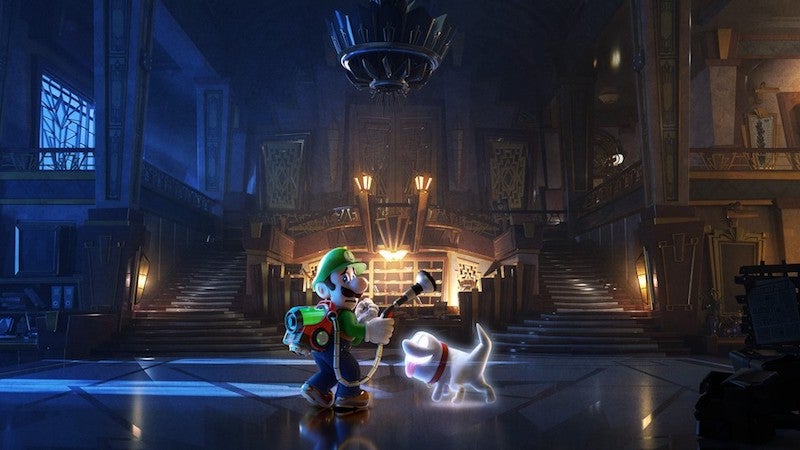 If your little one wants to celebrate Halloween with a seasonal video game, it’s your parental responsibility to choose something appropriate—scary enough to thrill, but not so scary it scars your child’s psyche. Most horror video games are violent and explicit (just how fans like them), and kids are soft and tender, so you have to curate. You have to walk the tightrope between “ooh, spooky!” and “I’ve been up for eight nights running to console a child with nightmares because goddamn Uncle Randy decided to show her Hereditary.”

The games below hit the sweet spot. They are eerie enough for Halloween fun (or any time they’re ready to be scared), but aren’t likely to result in a lifetime of therapy.

Like most everything from Nintendo, the latest edition in the Luigi’s Mansion franchise is delightful. You are Luigi, and you are trapped in a haunted hotel, tasked with rescuing your more-famous brother Mario, Princess Peach and various toads. Accompanied by your trusty ghost-dog sidekick Polterpup, you’ll suck apparitions into a souped-up vacuum cleaner/leaf-blower thing, explore all kinds of creepy locations and collect eighty-five trillion coins.

While it’s heavy on horror-trappings, Luigi’s Mansion 3 is way more funny than scary, particularly Luigi’s over-the-top panic reactions: Chattering teeth, fear paralysis, plaintive cries of “M-Mario?” and more. Most kids will relate to Luigi’s comic terror, and they might learn something about facing their fear through his “well, I gotta do it anyway” attitude. You can even play co-op with the addition of Gooigi, a Luigi doppelgänger made of slime that can ooze through grates to access hidden areas. 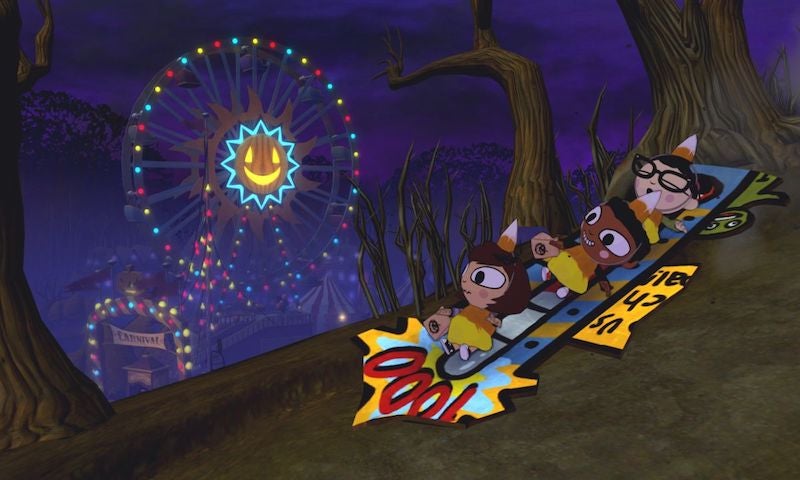 This role-playing game for kids is perfect for a fall gaming session. Plop your kid down with a hot chocolate, pour yourself a scotch, and set them on this one. In Costume Quest, you are a kid out trick-or-treating on a picturesque suburban Halloween night—until a monster kidnaps your sibling.

To get them back, you’ll explore Halloween-themed locations in Auburn Pines and collect candy, costumes and companions to build up power. When you enter Costume Quest’s turn-based combat, you become a giant version of your costume. If you’re dressed as a robot, you’ll become a giant robot. If you’re dressed as a knight, you’ll become an armour-clad champion. It’s a charming concept and a gentle, positive game for kids who like RPGs. The sequel, Costume Quest 2, is equally delightful. 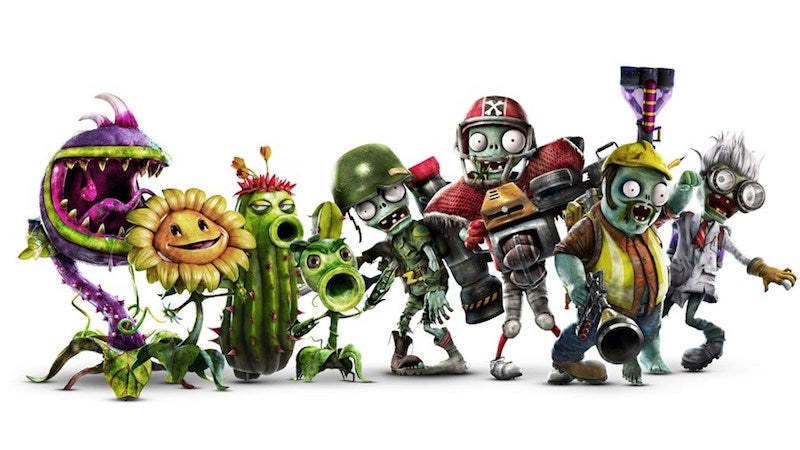 This squad-based multiplayer shooter casts you as either a plant or a zombie, two factions who are bitter enemies locked in an eternal struggle for dominance. The zombies are way more funny than scary and while it’s a “shooter,” there isn’t really any gore or actual death (beyond a sunflower losing its petals or something).

PVZ 2‘s action is fast, frantic and hilarious, so kids love it. Anyone can jump right into the chaos and start blasting, but playing it for a bit reveals the class-based game at its core is solid and allows for the kind of strategy and depth that will keep your kid playing for a long time. I like it, too, because I’m generally terrible at multiplayer shooters, but since I’m only playing against 8 year-olds, I can almost hold my own.

This stealth/survival/puzzle game developed by Russian video game studio Dynamic Pixels is the best of the niche sub-genre of horror-style games with bright cartoonish graphics.

Hello Neighbour puts you in the role of a kid trying to uncover the dark secret your neighbour is hiding in his basement. To do that, you must repeatedly break into his home and get past his locks and security devices while he hunts you down. But don’t worry: If you are caught, the titular neighbour merely removes you from his property so you can try again. Because the AI learns from your actions, you must continually come up with new solutions to problems—break in the back door, and your neighbour may install an alarm.

Hello Neighbour contains many of the best elements of horror games—suspense, pursuit, stealth, jump scares—but leaves out gore and overt violence. It’s bright and colourful instead of dreary and dark, and while it is definitely suspenseful, it’s generally not too disturbing. It’s not for the littlest kids, but it’s definitely fun if they’re older than eight or so, although some of the puzzles are tricky, so you might have to help out… or look up answers on the internet, which I definitely did not do.

Most of the many games in the Five Nights at Freddy’s (“FNaF” for insiders) universe are not for smaller kids, even though the series’ characters are nearly universally recognised among the younger set. There’s not much explicit violence or gore, but they are definitely creepy games, and the FNaF backstory features multiple (offscreen) murders. So, depending on the kid, around 12 is the minimum age for who should venture into the accursed pizza restaurant.

FNaF’s first three games are set in a Chuck E. Cheese-style pizza restaurant called Freddy Fazbear’s Pizza. You are a night watchman tasked with keeping an eye on the restaurant’s animatronic entertainers. It seems they have a habit of turning themselves on at night and murdering graveyard shift security guards, so you’ll have to use the building’s security cameras, mechanical doors and your trusty flashlight if you hope to survive for five nights against Bonnie the Rabbit, Chica the Chicken, Foxy the Pirate Fox, and the baddest of all, Freddy Fazbear himself.

Judging by the sales of FNaF games, novels, t-shirts and other merchandise, kids really respond to the juxtaposition of seemingly innocent mascot characters that are actually irredeemably evil.

This post originally appeared on Lifehacker. Read the original here.