Stop Wasting My Time And Just Give Me The Double Jump 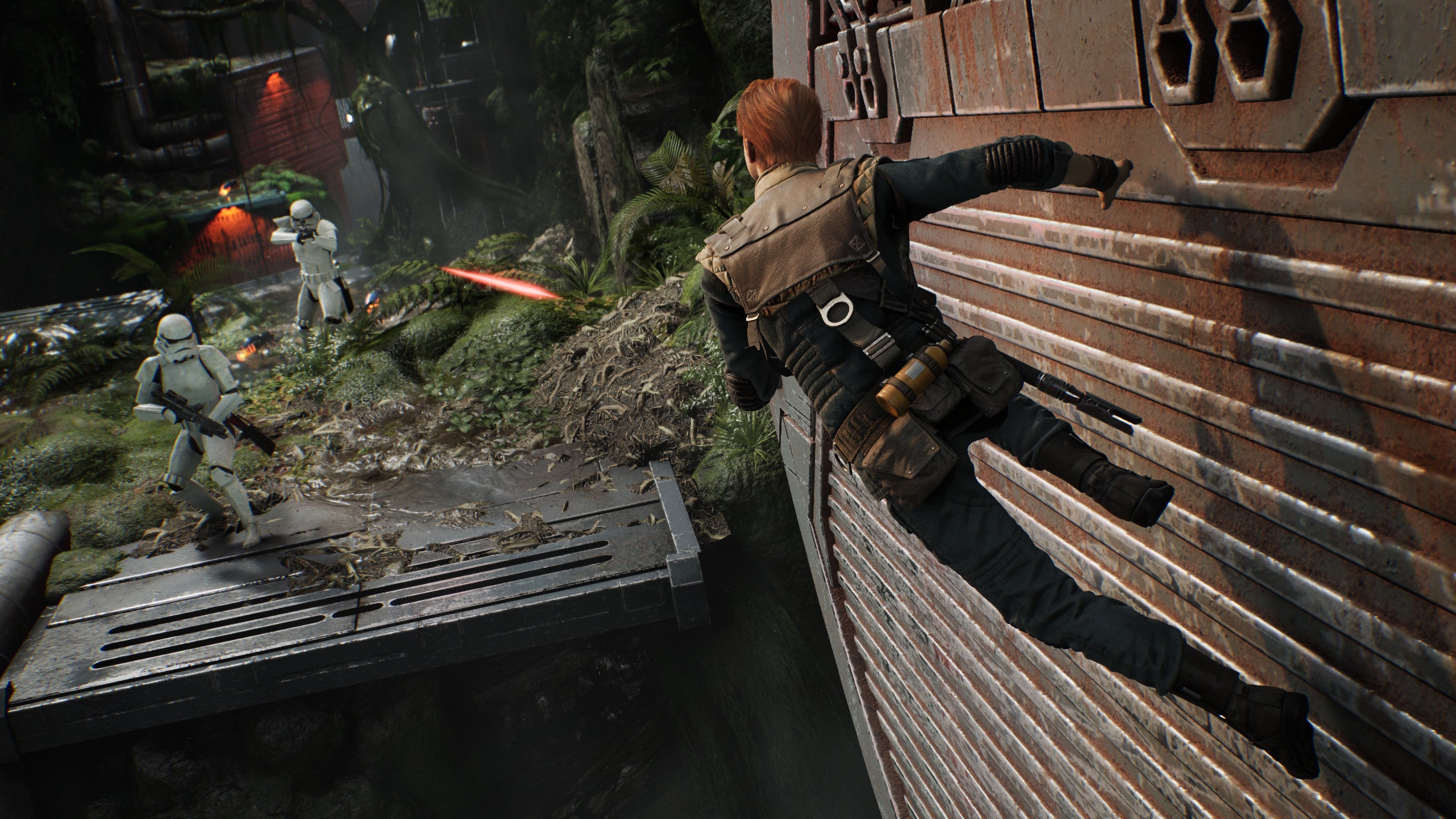 Double jumps are a wonderful bit of video game nonsense, something that appears in game after game because they are, honestly, pretty cool. Double jumps, as my colleague Heather Alexandra wrote, make video games better. I have never once played a game and thought, this would be better without a double jump. I have, however, played many games where I immediately saw a ledge that was too high to reach with a single jump and thought, wow, what will it take for me to be able to reach that ledge I aspire to? If only I could jump…twice. I sure hope the game lets me do that.

It always does, eventually. My request is simple: Video games should quit with the theatre, stop playing hard to get, and give me the damn double jump.

The latest offender in video games’ grand campaign to withhold double jumps from me is Star Wars Jedi: Fallen Order, a game that is downright impressive with how long it takes to give you that particular ability, given that anyone who has played more than two Metroid-style games could probably guess the game had a double jump in the works after about five minutes.

I hate this. For me, part of the joy of the Metroid format isn’t just discovering and exploring spaces, but also mechanics. You get to an area you can’t quite access, and you’re initially unsure how you’ll ever be able to. Will you somehow learn to teleport? Gain a new combat ability that also helps with obstacles? Change forms? Meet a new character? The game is going to change somehow, and that change will affect how you play and where you can go.

There is no goddamn romance in a double jump. I know when a game has a double jump in store, I know what kind of spaces need that jump to be navigated, and I know how the double jump will change my playstyle. And since it’s an ubiquitous gameplay ability, there is rarely anything distinct to a specific game about said double jump.

So why not just have the double jump at the start? There’s no need to stop using them—they’re fun and good—but it takes some real cheek to keep giving me a car that won’t start, only to pretend a few hours later that you’ve just invented gasoline.