Red Dead Redemption 2 is a slow game. The opening chapters are the slowest of the bunch, filled with tutorials, deep snow and lots of riding around the empty winter wilderness. And it seems PC players aren’t interested in dealing with that stuff, so they are creating and using mods that let them skip it all.

Red Dead Redemption 2 is out for PC nearly a year after the game was first released on PS4 and Xbox One. It hasn’t been a smooth launch, with players reporting performance issues and crashing. But for many players who are able to enjoy RDR2 on PC without major issues, they are deciding to skip the first and even second chapters of the game using mods and save files.

Looking at NexusMods.com, a popular website for sharing and downloading user-made mods, the page for Red Dead Redemption 2 is still pretty sparse. But many of the mods available right now are all about giving players the ability or save data to skip over the slower opening sections of the game. Combined, these mods have just over 8,000 downloads, with two separate mods both reaching nearly 2,000 each. They are easily, at the moment, the most popular offerings on the RDR2 NexusMods page. 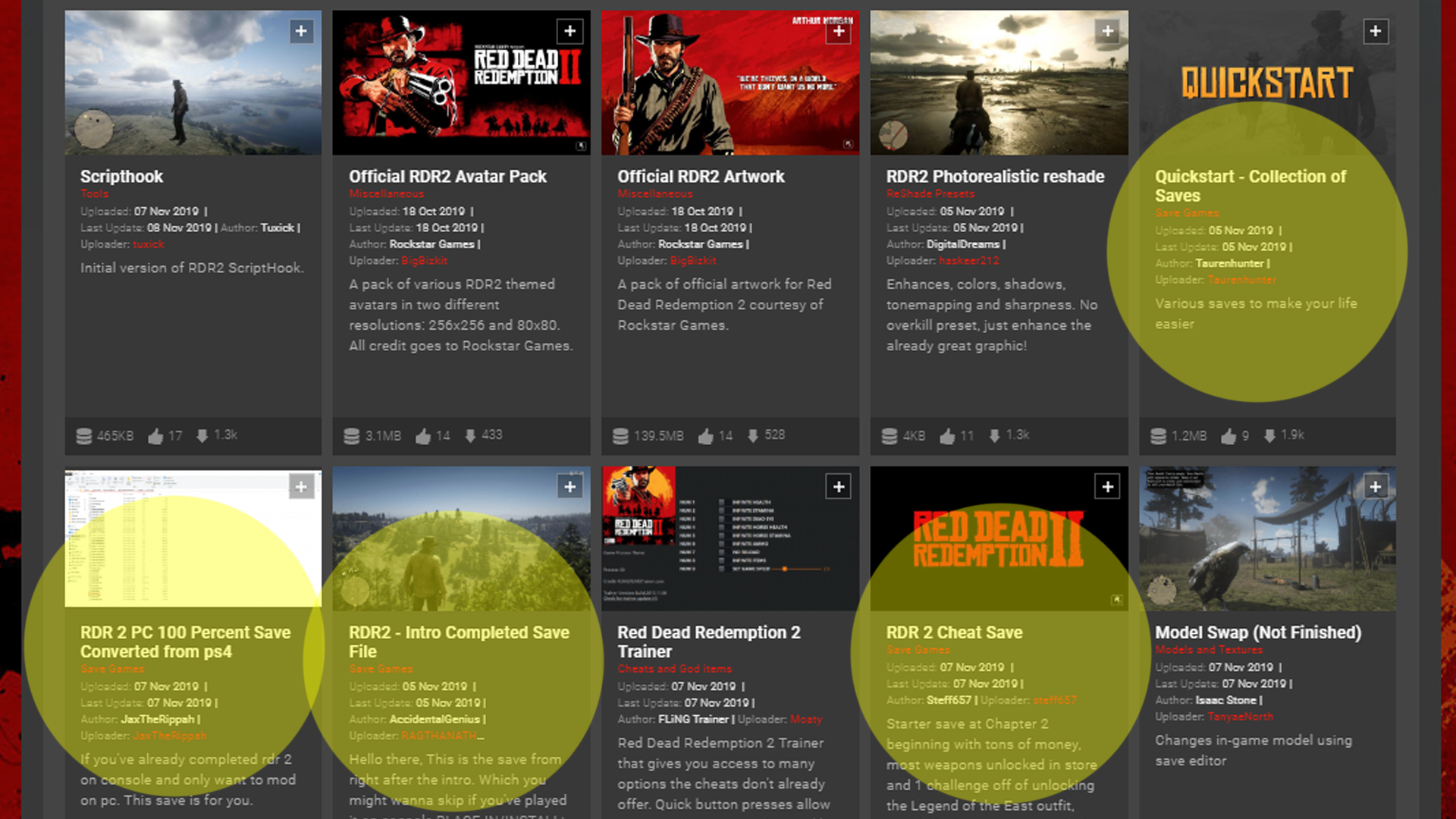 There are a few reasons for this. One major reason is that a lot of players buying RDR2 on PC are players who already bought and played the game on PS4 or Xbox One last year.

“Simple save files saved me from the headache of replaying the beginning,” said one user in a forum post for one of these intro-skipping mods. Another player left a similar comment on a different skip mod. “I already beat the game on PS4. Thanks a lot!” It seems clear that a lot of folks just don’t want to replay the intro of RDR2 after already playing it once or more on a console.

Honestly, I get it. I loved RDR2. I still play Red Dead Online regularly. I was excited to play RDR2 on PC, with improved visuals, and at a higher framerate. But then I started playing that intro and I lost a lot of my desire to continue. At the time I was excited to finally be playing RDR2. I was happy to see John Marston again and I was still figuring out how to play this massive game. But now, a year later, the intro feels so long and slow. My excitement is gone and I think I might too decide to just skip that opening chapter.

And I guess while you are skipping the intro, you can also just slap some Joker facepaint on Arthur’s face too. Modding is a wonderful and terrible thing.