The Internet Reacts To Mai Shiranui’s No-Show In Smash 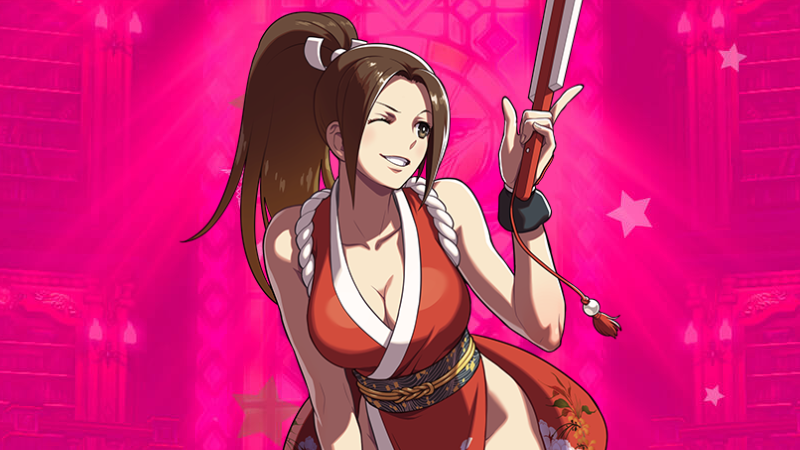 Super Smash Bros. Ultimate received a huge dose of SNK today with the release of Fatal Fury protagonist Terry Bogard as a playable character, a King of Fighters-themed stage featuring cameos from characters like Kyo Kusanagi and Iori Yagami, and 50 new pieces of music from the studio’s extensive history. One popular fighter that won’t be making an appearance, however, is Mai Shiranui, the ninja that debuted in 1992’s Fatal Fury 2.

During a presentation of the new content, Super Smash Bros. series director Masahiro Sakurai was very upfront about Mai’s absence, saying that “Super Smash Bros. Ultimate is for good boys and girls of many different ages.” The community immediately understood what Sakurai meant: Mai’s design most famously features her in clothes some would consider too revealing for an ostensibly family-friendly game like Super Smash Bros. Here’s her idle animation from King of Fighters XIII, for example.

On the other hand, it does raise some concerns about the developer buying into the way society sexualises human bodies. Too often, women are objectified into being a collection of separate parts rather than a whole person. And that’s not to mention the constant discrimination inflicted on trans and non-binary folks who might not fit into narrow-minded notions of gender and anatomy. Mai was obviously designed to titillate, but there’s nothing inherently sexual about breasts; everyone’s got ‘em!

As they are wont to do, the denizens of the internet used this opportunity to clown on the situation, providing us with some great reactions in the process. For some, this was their very first encounter with Miss Shiranui, or they at least played up that unfamiliarity for laughs.

Sakurai: "We didn't include Mai Shiranui because this game is for good boys and girls of all ages"

Seems like a strange reason to not include an iconic char- pic.twitter.com/gC0Jd6e7Yx

Sakurai: "We have decided not to include mai shiranui"

Smash zoomers when they google Mai Shiranui to find out why she's not a stage cameo pic.twitter.com/YSZKWKBhAI

honestly the most depressing part about sakurai saying mai shiranui was too sexy for smash is seeing all the people go "I had no idea who that was and had to look her up" pic.twitter.com/4uves0BnhL

Many current Smash fans have been playing the games since the beginning and are now adults who can handle seeing some cleavage, making this classic (and fake) Michael Jordan quote applicable.

Mai Shiranui fans seeing Sakurai talk about how she's not a guest character because of the kids #SuperSmashBrosUltimate pic.twitter.com/p3wzSJ49tA

I’m not sure how many Smash players were clamoring for Mai Shiranui in the first place after the meltdowns over Terry Bogard’s inclusion, but I can imagine this being Sakurai’s response had she been a fan favourite.

*Rumor of an SNK character coming to Smash*

There are so many first-party and guest fighters in Super Smash Bros. Ultimate now that being left out probably feels pretty lonely in the fantasy world where video game characters are sentient and have complex emotions.

Mai Shiranui waiting for everyone outside the Smash tournament after being barred entry pic.twitter.com/ay3QHxQ96V

Some reactions have rightly pointed out that characters like Bayonetta and Zero Suit Samus are pretty adult themselves.

"Mai Shiranui can't be in Smash because it's for good boys and girls."
*stares at Bayonetta doing splits in the corner* pic.twitter.com/pZvq3KPEkQ

Sakurai is afraid this would happen if Mai Shiranui appears in Smash pic.twitter.com/gmP30AfLtH

>Mai Shiranui not being added because of tiddy

Mai Shiranui is too sexy for Smash ????

Glances at Bayonetta & looks back at this direct: pic.twitter.com/W64zR7lKpl

Sakurai: “We didn’t include Mai Shiranui because Super Smash Bros Ultimate is for good boys and girls from many different ages” pic.twitter.com/KTas35fAO6

I don't have an opinion on this, but I couldn't resist: #SmashBrosUltimate #MaiShiranui #Bayonetta #FatalFury pic.twitter.com/IO0nGAF2xQ

Sakurai: We didn't include Mai Shiranui because Smash is a game for good boys and girls
Also Sakurai: pic.twitter.com/9OKRExKxgn

This dude (I think he’s from Xenoblade Chronicles? Who knows, Smash has too many damn characters!) is full on fighting in his underwear, Sakurai.

How the fuck is THIS fine and Mai Shiranui isn't? pic.twitter.com/NHMn5WpcAh

This is the ideal male body. You may not like it, but this is what peak performance looks like.

Sakurai won't add Mai Shiranui in because Smash Bros is for "good boys and good girls" but then he still puts a character in like this? What a hypocrite pic.twitter.com/IB4gOMqbVt

It’s a silly, confusing situation for sure, but maybe the answer was right in front of us all along? It is the Millennium of Luigi, after all.

Nintendo claims Mai Shiranui isn’t in Smash because it’s for all ages. But I think we know the real reason: It makes Luigi uncomfortable. pic.twitter.com/QqU8jHeKnC