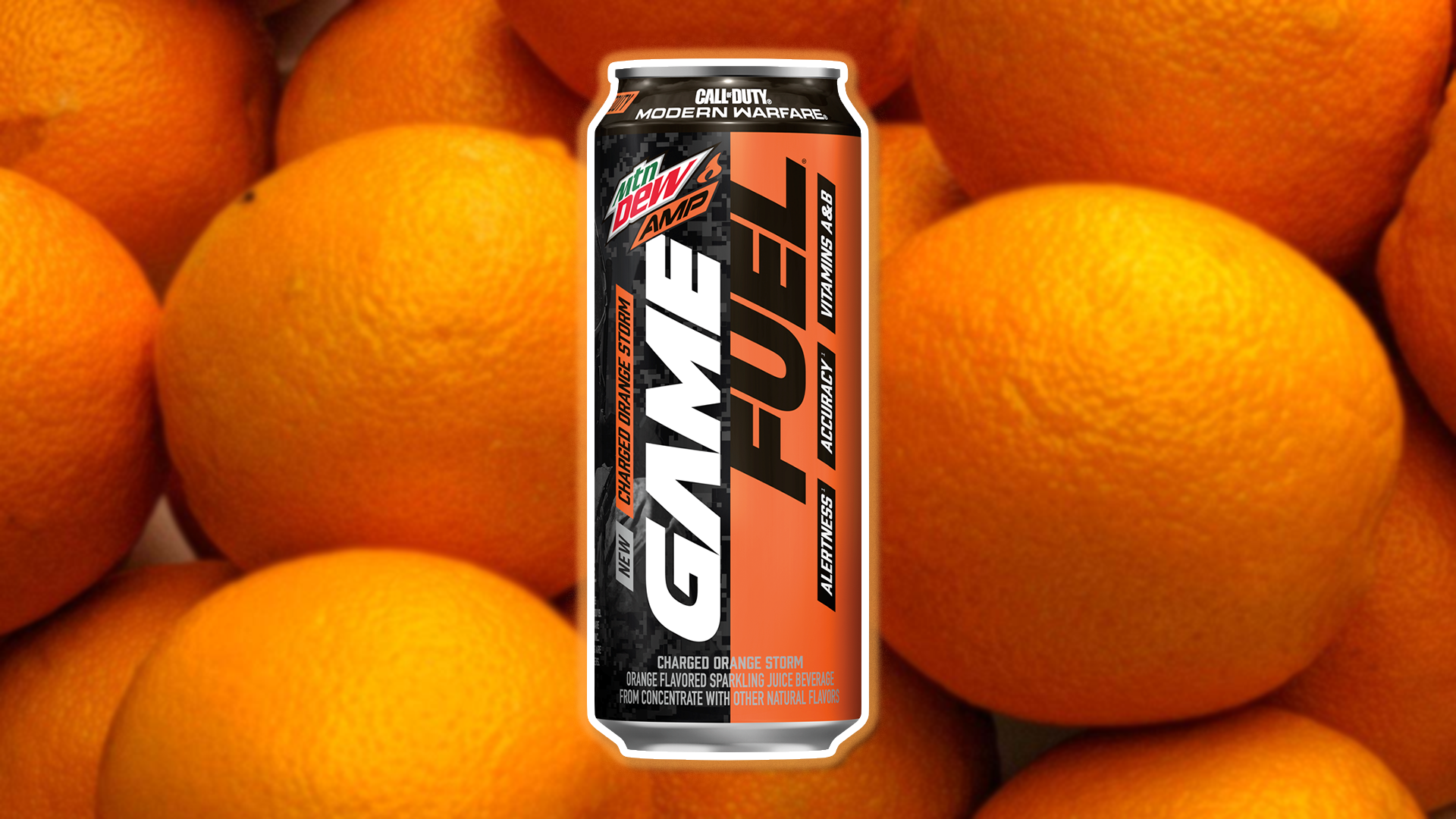 Around these parts, I’ve become an expert on Mountain Dew products. I’m not sure how this happened and some days I regret my new career, but whatever. There’s a new flavour of Game Fuel to drink and review for you fine folks. This new flavour is called Charged Orange Storm and it is being released alongside Call of Duty: Modern Warfare (The New One.) Is it good? Well, here’s a better question: Do you like orange soda?

This new flavour of Mountain Dew Amp Game Fuel, also known as Game Fuel because that name is too long, is a promotional flavour and has Call of Duty branding all over it. Even the can is covered in camo patterns. And each can comes with a code that will earn you double XP in the newly released Modern Warfare.

Editor’s Note: Unfortunately, this flavour doesn’t appear to be available in Australia.

Reading that code was a pain in the arse. It is printed below the strange tab on the top of the can. But the text is small and actually seeing the letters on the shiny aluminium surface is tricky. I found it helps to angle the can towards a light source.

Enough about cans and codes and Call of Duty. How does this new flavour of Game Fuel actually taste? Let’s just say, Kel would love it.

Charged Orange Storm tastes a lot like the Orange Citrus flavour of Mtn Dew Kickstart. But they aren’t the same. The biggest difference is that orange flavour punch found in Kickstart and other orange energy drinks is more subdued in this new Game Fuel flavour. There’s less of an aftertaste of orange or citrus. And, as with the other Game Fuel flavours, you can taste this more sour fruit flavour towards the end of the sip. I think this is the white grape juice that each can contains.

So if you were expecting a big and bold orange-flavored energy drink, you might be disappointed. But there is still a good kick of citrus in this can, enough that I think folks who HATE orange soda should stay away. Go drink one of the other flavours of Game Fuel.

Personally, I love orange sodas and energy drinks. (The sugar-free orange-flavored Monster drinks are my favourite.) So as a fan of orange drinks, Charged Orange Storm is exactly what I wanted and it is now my favourite flavour of Game Fuel.

I wonder how long this new flavour will stick around? Will it be rebranded for a new game release in the future? Or will it disappear in a few months? I hope it stays around, it’s a lot better than the awful original flavour.