This Google Stadia Ad Is So Random (And Terrible)

Google Stadia hasn’t had the best month. Its list of launch games was tiny and it seemed Google panicked right before launch and added more games. People who preordered were running into issues and couldn’t actually use the service. And reviews have been mixed. So with all that bad news floating around, you might have missed this terrible, awful, cringe-inducing Stadia launch trailer.

The first time I watched this trailer I quickly downloaded it and saved it to my computer. Why? Because it is so bad I was worried Google might yank it off YouTube and try to hide it. But fortunately (or unfortunately) for you, it is still easily viewable on YouTube. It’s two minutes long and yet feels longer than that.

It seems to be trying to tap into that style of humour that was once very popular on the internet. The random-for-the-sake-of-random style of humour. This was like 70% of YouTube back in 2008. And as this style of internet humour grew in popularity, ad agencies took notice. So insurance and snack food commercials started following this trend of random humour and really, they haven’t stopped. And now Google, in a bid to look relevant and hip, is leaning on this random humour in their Stadia launch trailer.

The end result, appropriately enough for Google, is a video that feels like it was put together by a computer program that used algorithms to determine what the young kids and gamers would like to see in an ad. But all their data is like 10 years old.

So we end up with an ad that has funny costumes, silly special effects, running gags and a canoe made of out a living human being. SO RANDOM! So funny! 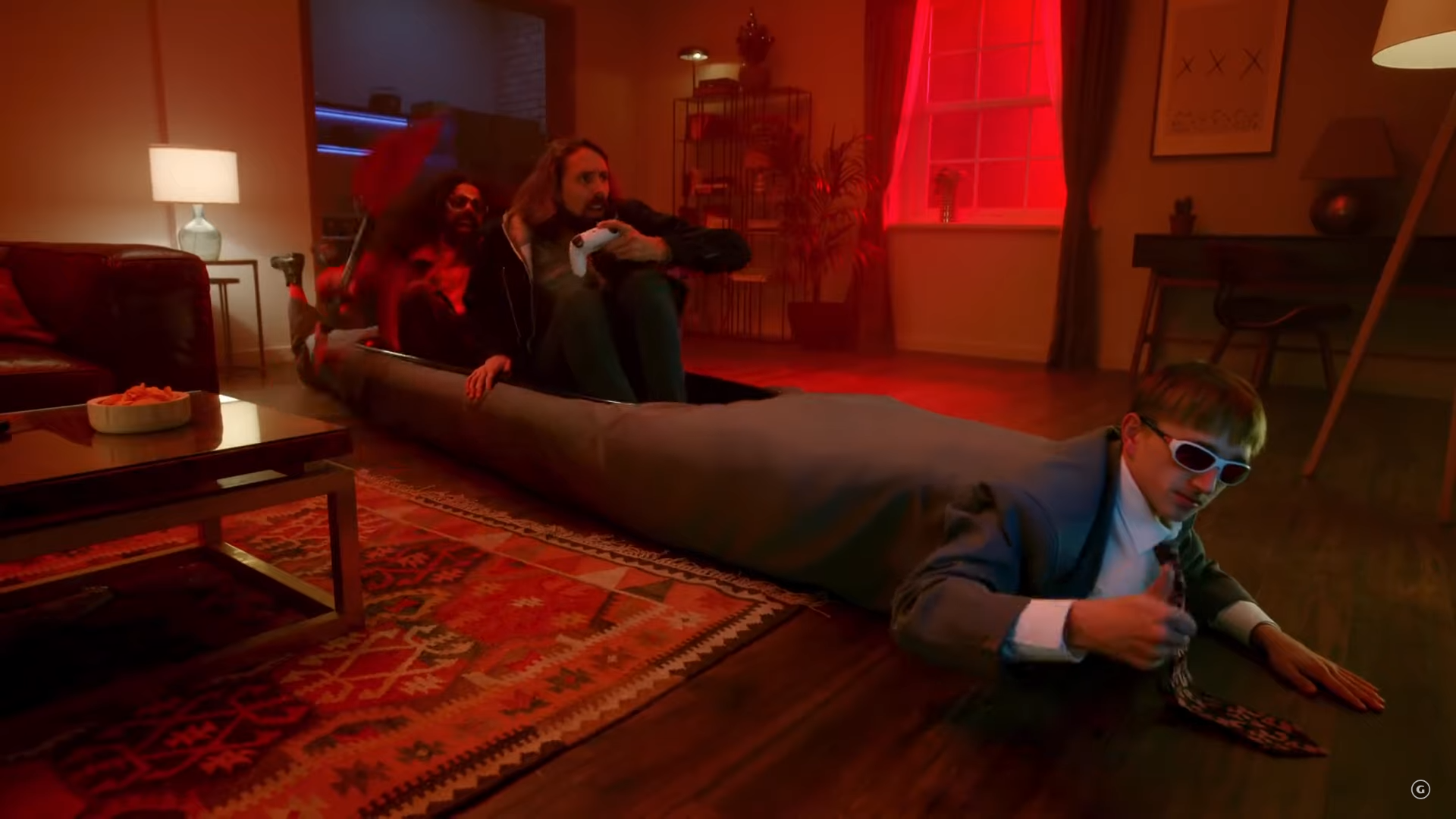 Beyond the random jokes and imagery, the trailer is also filled with some stuff that is worth calling out. For example, they mention that unlike consoles, Google Stadia doesn’t take up any space. Which isn’t actually true, at least currently. You will still need space for a controller and the Chromecast Ultra device. Which, true, these take up less space, but they still exist in the physical world, Google.

Another part of the trailer has a man in a club, who later becomes a canoe (WACKY!), mention that Google Stadia “…has the games you are looking for.”

Comments about the ad on YouTube range from shock to how bad this ad looks to confusion about who this ad is targeting. A few comments mention how this ad reminds them of those Chew5 bubblegum commercials, and yeah. I agree.

Will random folks who barely play games be convinced by any of this commercial? Will people who love games enjoy any of this and be more likely to buy into Stadia after watching this ad? I think the answer to both those questions is a simple no.