Toyota Is Ending Its Weird Holdout From Racing Games

As one of the biggest car companies in the world, it sure was weird when back in 2017 Toyota simply stopped licensing its vehicles to racing video games. It was even weirder that the company, despite its size, never actually explained why that decision was made.

Aside from an appearance in Gran Turismo Sport—whose licensing deals and development likely pre-dated the 2017 decision—we’ve had loads of Forza and Need For Speed games come and go during that time, and not one of them has had a Supra or Celica. And the closest we ever got to an explanation as to why was this bizarre rescinded tweet from Toyota UK: 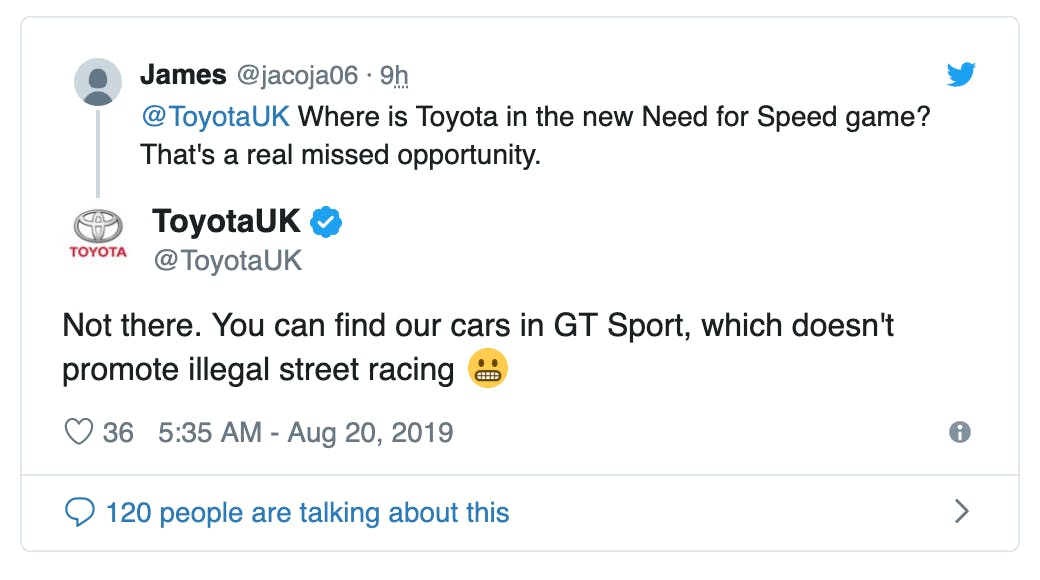 But whatever the actual reasons for Toyota’s absence, it’s over now. Starting with the 98 Supra RZ, Toyota is back with an appearance in Forza Horizon 4:

Forza and Toyota have joined forces once again! It all starts on December 12th when #ForzaHorizon4 players can get behind the wheel of the 1998 Toyota Supra RZ as a part of the Series 17 update. pic.twitter.com/7WhGjIqsys

A low-key way to announce a return, then, but also fitting given the circumstances Toyota left in the first place.