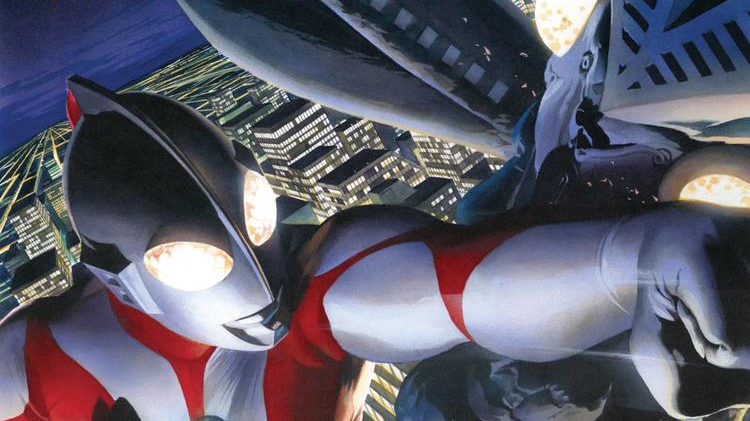 Ultraman wrecking a monster, like he does. (Illustration: Marvel Comics)
To sign up for our daily newsletter covering the latest news, features and reviews, head HERE. For a running feed of all our stories, follow us on Twitter HERE. Or you can bookmark the Kotaku Australia homepage to visit whenever you need a news fix.

He’s big, he’s strong, he’s heroic, and now Disney is trying to get their grubby mitts all over him.

That’s right, Disney subsidiary and maker of some pretty good comics Marvel Entertainment is teaming up with Tsuburaya Productions, owners of Ultraman, to produce new Ultraman comics and graphic novels.

In a statement released today, Marvel’s Editor-in-Chief CB Cebulski commented, “Like Marvel, Ultraman captivated generations by telling spectacular stories grounded in the real world, and it continues to be a beloved classic through its television shows, movies, toys, games, comics, and more. We are so thrilled to introduce new chapters to the Ultraman Multiverse next year.”

No word yet on creative teams or more detailed specifics about the offerings, but it is another prong in more accessible to Western fans, a priority that was most directly showcased in the introduction of the Netflix Ultraman anime and an anime series based partially on Superhuman Samurai Syber Squad, the American adaptation of Ultraman spinoff character Gridman.

Ultraman’s a rad character, a monster-fighting hero who prefigures some of the more well known (in the States) tokusatsu properties like Super Sentai/Power Rangers. So getting more Ultraman content in English is definitely exciting.

More news will be forthcoming as we near the launch of these new books, which are slated for sometime in 2020.