This weekend is for catching up on a million things, writing, cleaning up, and taking out the garbage. Oh, and squeezing in some Devil May Cry 5. Ever since I read the articles by Heather and Tim about DMC5, I’ve wanted to dive in.

Devil May Cry 5 is just as amazing as I’d hoped it would be. I know the series as a whole began development as a new Resident Evil game before veering so much away, it became its own thing. I’m glad it did. Whereas Resident Evil is at its best when it makes you feel helpless, DMC is all about empowering its heroes.

I like that Nero always maintains his cool, even when he’s facing off against insectoid demons shredding people to pieces, maneater plants that use their tentacles to impale bystanders, and ghouls with giant scissors that come out of mirrors. He’s what I’d expect from the DMC series. What I’ve most been surprised by is how much fun I’m having with the newcomer, V. 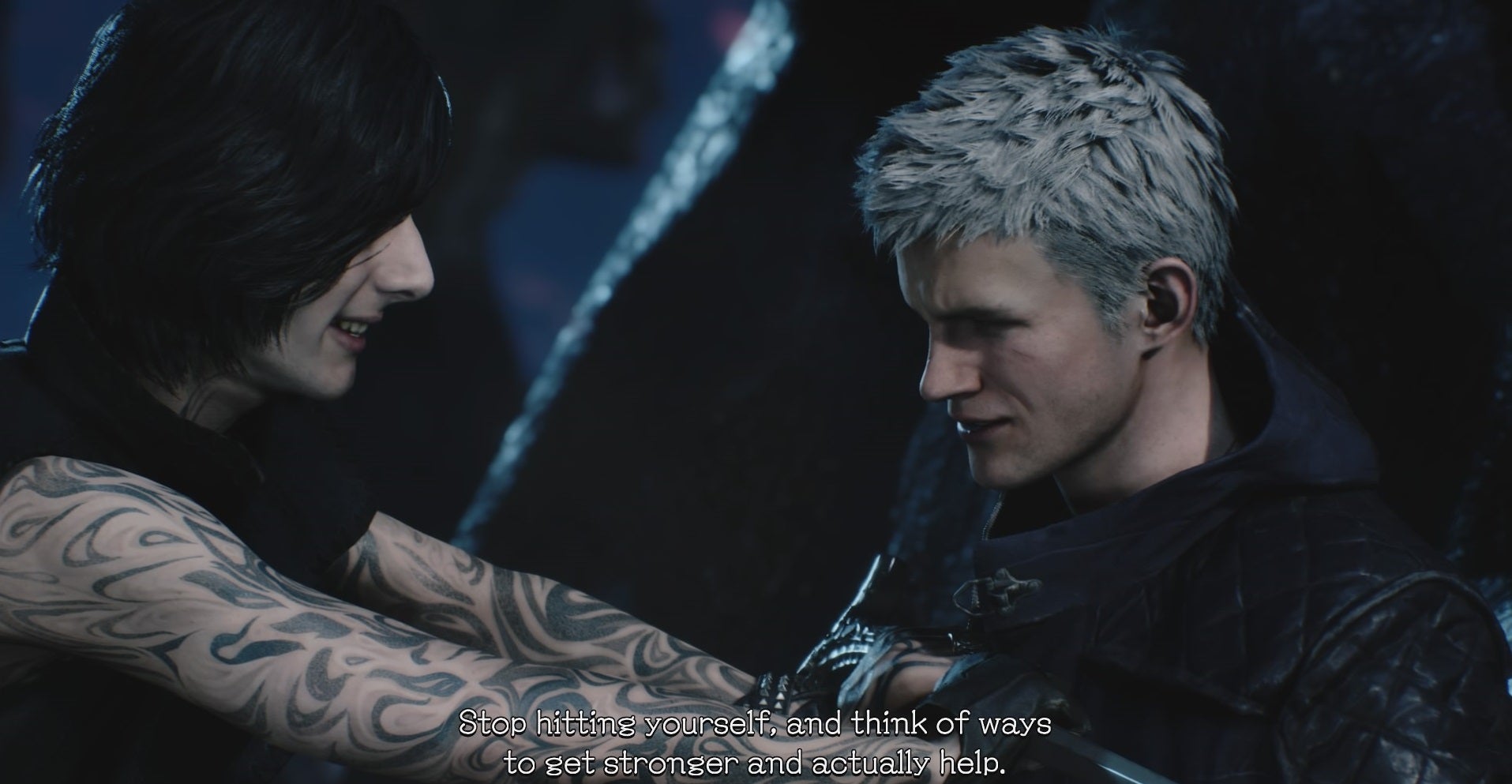 V represents a very different way of playing Devil May Cry. He summons three creatures that fight for him. V goes in for the kill when the demons are near death and their skin turns ghoulishly white. When V’s not fighting demons, he’s reading poetry and bantering with familiar, Griffon. I like how he glides through the air with Griffon’s aid and he can surf on Shadow’s shadow to move even faster. Unlike the headstrong Nero and Dante, V is keenly aware of his own limitations and withdraws from a fight he knows he can’t win. I’m going to be playing a lot more of the game this weekend.

I also hope to get to Yakuza 0 which I picked up in the used bin at GameStop and maybe even get out for Black Friday to see if I can some good game deals. I actually make it a point to pick out at least one game I’ve never heard of just to try and experience something new, so I’m excited to see what this weekend brings.

What about you? What are you playing?