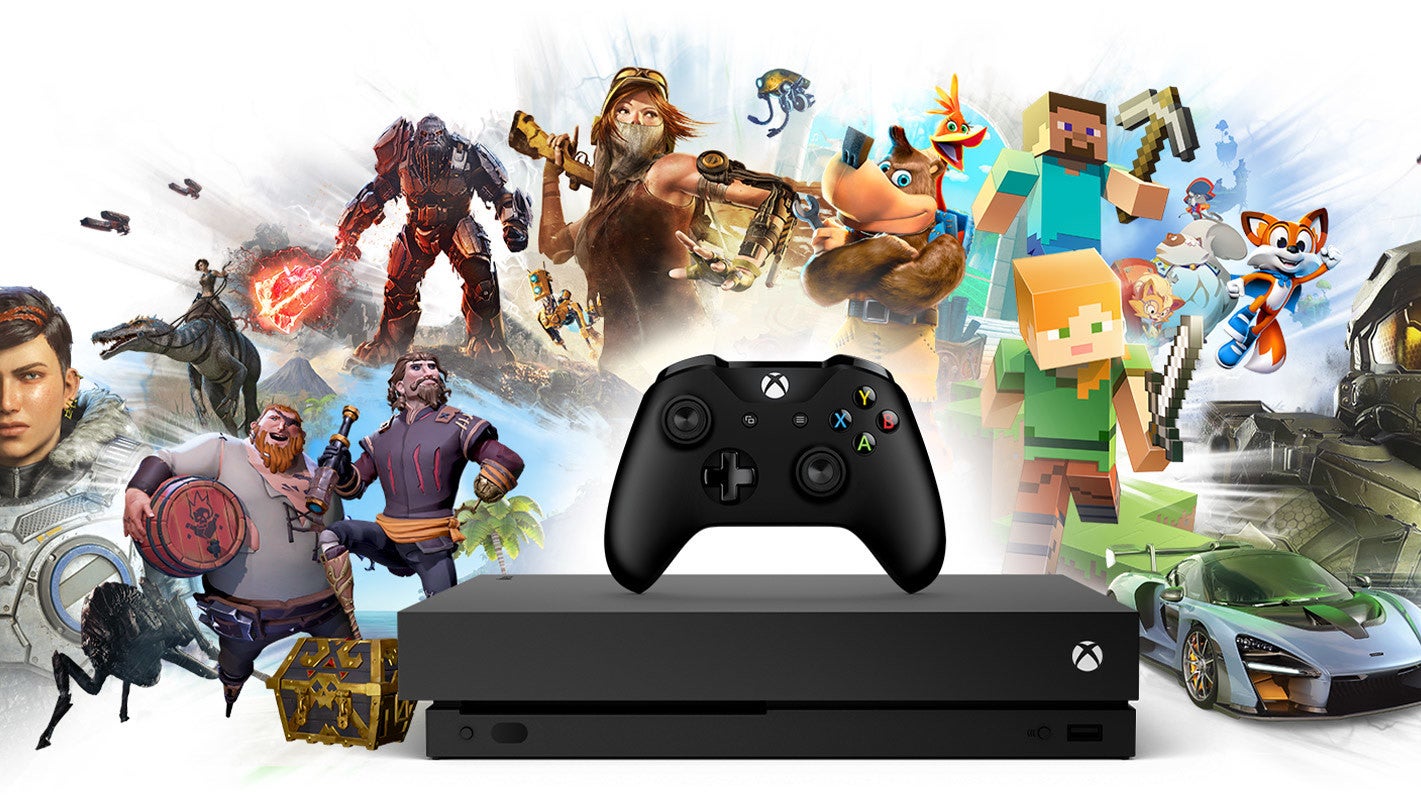 London, England—Microsoft’s fan festival X019 was a weird mix of goodie bags and over-priced hot dogs, but what exactly was it meant to accomplish?

On the big opening night, the final number through the door was 880. Xbox hadn’t quite filled the 1000-capacity Copper Box Arena, but close enough, and that was surely some sort of success for an event held in Hackney on a Thursday night. The company describes this event as “a global celebration of all things Xbox” for its fans. The obvious question being: what are we celebrating?

The answer proved elusive because, in its setup, X019 has a bit of a balancing act going on. First of all there’s the fan vibe, the idea of nerds nerding out, and bringing this community together on-the-ground. Secondly Xbox wants to use the event to hit its global audience with news and reveals, ensuring press coverage as well as engagement from fans who can’t travel the globe to attend a party.

So you end up with a little bit of everything, spread thinly. The Copper Box is a relatively small arena, and the ground floor was given over to rows of games and the main stage, while the mezzanine featured various displays including, rather bizarrely, an Xbox t-shirt in a glass case. 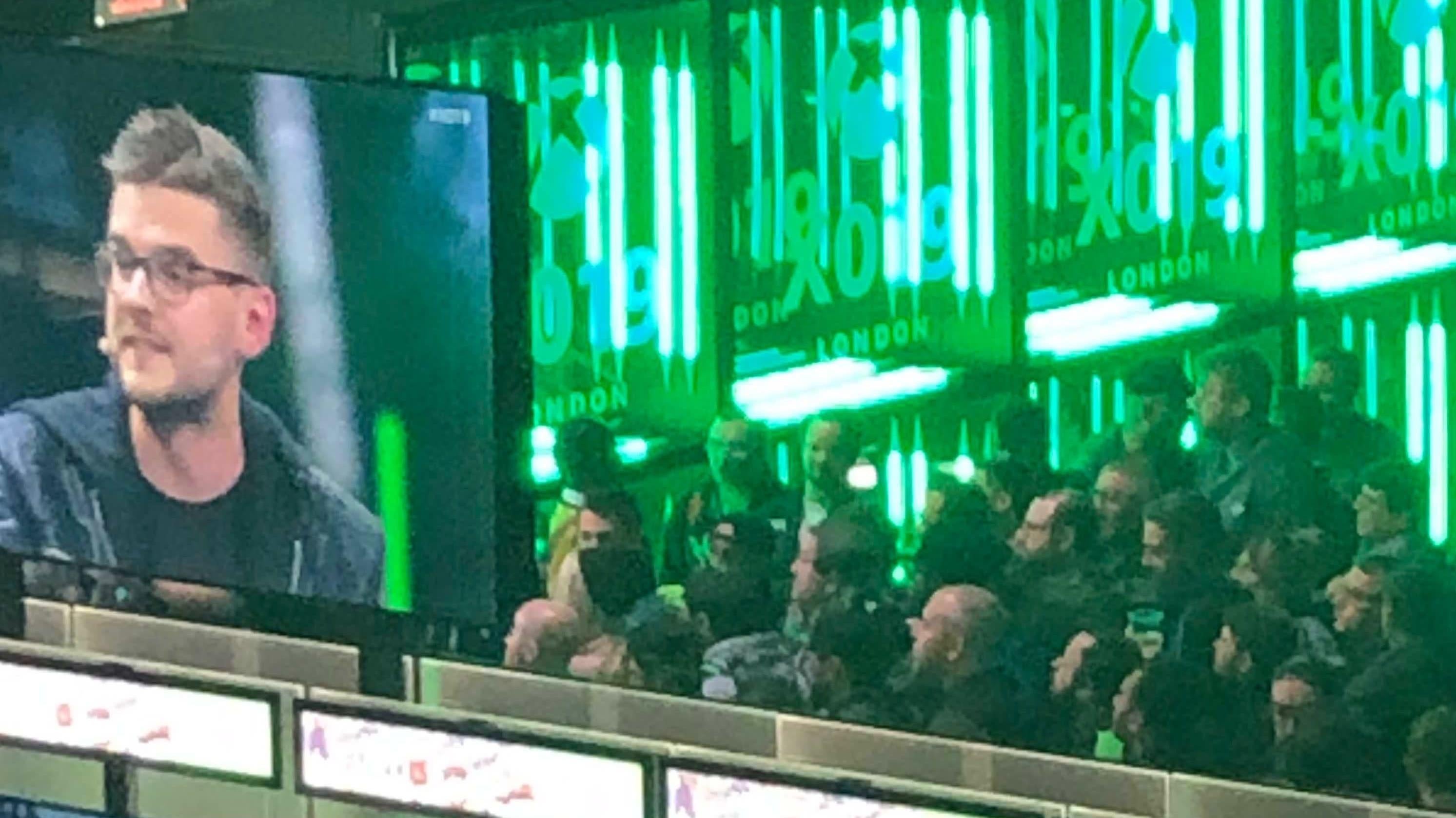 That wasn’t the only baffling aspect. By far the event’s biggest issue was sound, with the focus on the livestreams over the live experience. At times this turned the scene into some tableau for our connected age: a room full of people watching screens showing what was happening meters away from them, because otherwise you couldn’t hear what was being said.

As for the show floor, many of the games were already released: large amounts of floor space was given over to the likes of Forza Horizon 4 and Gears 5. Perhaps some Xbox fans were a little more excited than me to see them but, judging by the lack of folk playing, not many.

In terms of first party offerings the heavy lifting was done by Bleeding Edge and Grounded (Rare’s Everwild had a trailer but wasn’t on the floor). Then there was a bunch of multi-platform party stuff like Wasteland 3, Project Resistance, and Roller Champions.

Such a lineup gets to the nub of things. Part of this event’s intention is to create interest: ‘here’s why you should be hyped about the next year on Xbox.’ And it’s hard to look at what was on show and, especially when removing the multi-platform titles, be greatly excited about it.

It’s not that Xbox lacks the capacity to surprise, so much as that it chose not to. X019’s announcements didn’t have a really big title, the kind of thing that would drive its most loyal fans wild. Another peek at Halo Infinite perhaps, or something to do with the next Fable, that kind of guaranteed megaton. The lineup it had made X019 seem more like a sideshow to the traditional events, rather than something that stood on its own two feet. 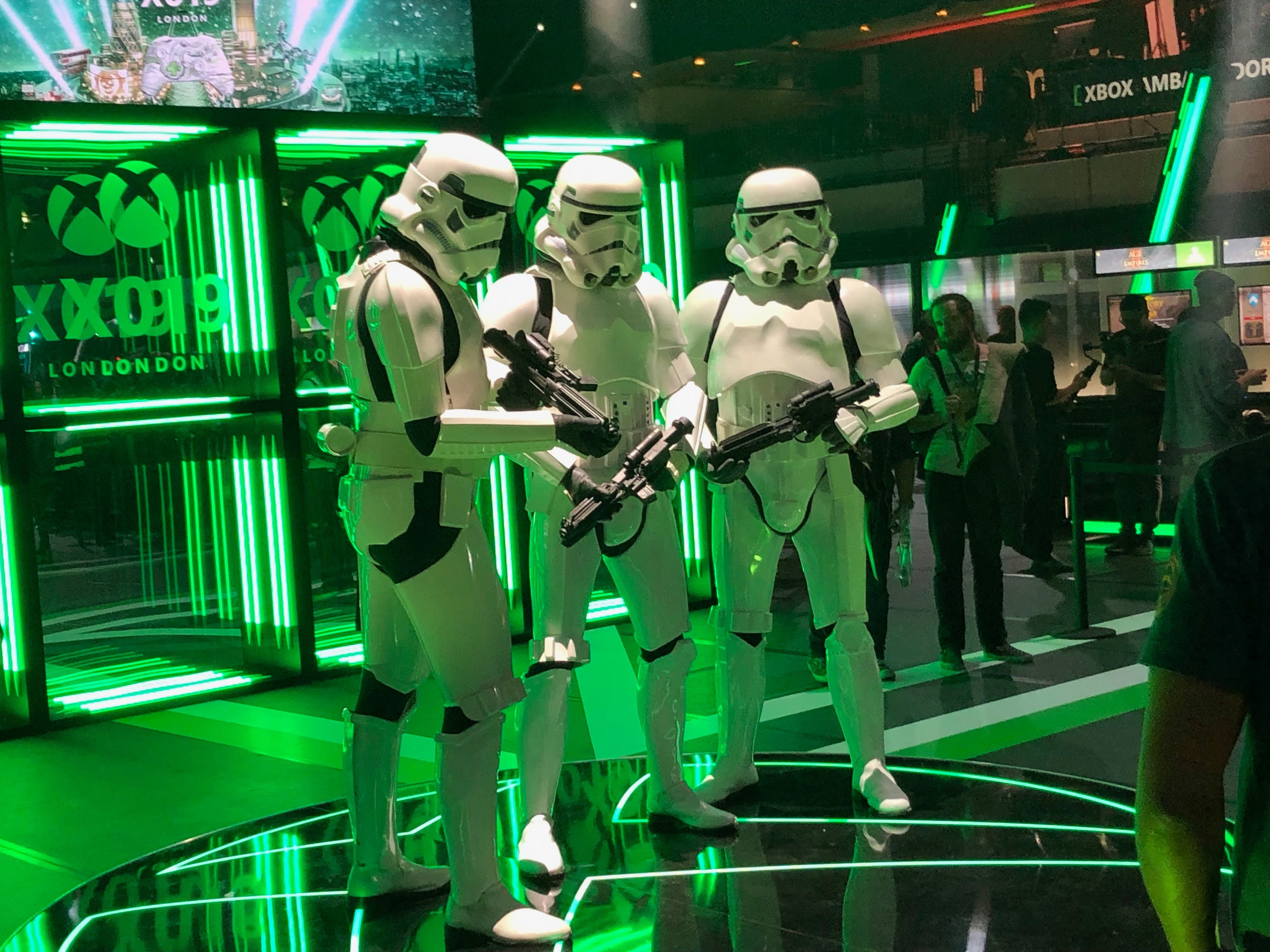 If you’re going to dig into the Xbox, and say why Xbox is great, then don’t just focus on a load of third party and PC games. Jedi: Fallen Order doesn’t scream ‘Xbox’ to me. Age of Empires 2 Definitive Edition may be an amazing game, but it’s not right for this context and crowd. The only thing on the floor that seemed to inspire genuine excitement was a giant ‘pachinko’ wall where attendees could win 1-12 months of Game Pass, a rare example of an actual ‘experience’ at X019 and something that emphasised one of Xbox’s great strengths.

As all this suggests, X019 lacked content and wasn’t a coherent event. This may be billed as a AAA celebration but the reality was you got to watch some trailers, play some stuff that’s already out, and it never threatens to make anything of the Xbox-ness of it.

There were other great sights, including a drunken fan dry-humping a Minecraft Earth llama as someone in an Xbox t-shirt politely shooed them away. My highlight was during the big presentation on opening night, when it was announced that the next person to take the stage would be the brand manager for Kingdom Hearts. There was a guy in front of me who, upon hearing this, lowered his head to his hands and muttered “oh god” in a tone of voice I can only call plaintive.

X019 was an unusual happening. It had one foot in ‘traditional’ industry events, and the other in more fan-oriented expos. Is the Xbox brand more than hardware and software? If it is, I’m not sure X019 made a particularly good case for that. This ended up feeling like an event in search of a purpose, rather than a celebration. And among all the branding, all the stands, all the merch, all the on-stage enthusiasm, it felt like the Xbox itself was a little lost.