So here's a very useful, very cool thing to know about your Xbox if you didn't already, and it involves The Outer Worlds.

My fiancee was propped up in bed late on Saturday, having decided to retire for the night with a dose of The Outer Worlds. Fair enough: it's a good game and bed is a great place to play it. After switching to her account — because her profile had access to the game through Xbox Game Pass, which was tied to my profile — she started settling in to work through another planet or two.

I previewed The Outer Worlds and liked it, which isn't hugely surprising because just about everyone else has enjoyed it too. But I haven't been able to play the game since launch. The timing around PAX and Blizzcon meant Kotaku Australia's producer Leah got to go on a journey with the game instead, while I tried to work my way through Death Stranding.

The Outer Worlds Taught Me Patience

How long does it take you to give up on a game? Is 15 hours too far? 6 hours? Finding time to game as an adult is near impossible. Between an endless list of everyday tasks, working a full-time job, going to the gym and even feeding yourself, it's no wonder that many of us struggle to find the time. And finding time to play a good game is even harder.

But I've still had my eye on the game since the preview. Obsidian games are usually fun, bugs aside, and I've still been hankering for something to fill that Fallout void in my gaming catalogue. 76 didn't really do it, and The Outer Worlds has looked like the next best thing for someone with a low tolerance for Fallout's trademark jank.

So, I wondered. If my fiancée was playing Outer Worlds on her account, would Xbox Game Pass Ultimate let me play the exact same game on my account? As it turns out, the answer is yes.

The trick here is to make sure you're not using the same account on both PC and Xbox, because you'll have to login to your Xbox account on PC by virtue of playing any games through the beta Xbox app. But considering that Xbox Game Pass Ultimate — which I've subscribed to because there was a $1 offer that let me consolidate my Xbox Live subscription — lets you share all Xbox Game Pass games with other profiles on the Xbox, that's simple enough to work around.

Again, for anyone who's been regularly using Xbox Game Pass this isn't a huge surprise. It's been available since Xbox Game Pass launched on PC after E3 this year, although the buggy Windows updates at the time — which you needed to install the beta Xbox app — and the lack of eye-catching titles might have led plenty to ignore the service. Games like Sea of Thieves had been out for ages, and while you could play that on PC and Xbox jointly, that's not as exciting as something like The Outer Worlds.

And the fact that I can play it at the same time as my fiancee, for a dollar, is genuinely bonkers. Obviously, the $1 was a promotional offer that only lasts for 30 days, although it's still available at the time of writing. But given that I've got an Xbox Live subscription that was costing me around $10 a month anyway — because you need online play — adding another $5.95 a month is a steal. There only has to be one good game on the service a month to make it worthwhile. It doesn't even need to be something freshly added to the service, just something that I'll enjoy playing every four weeks, which is much more doable.

That's kind of nuts for a game this good. 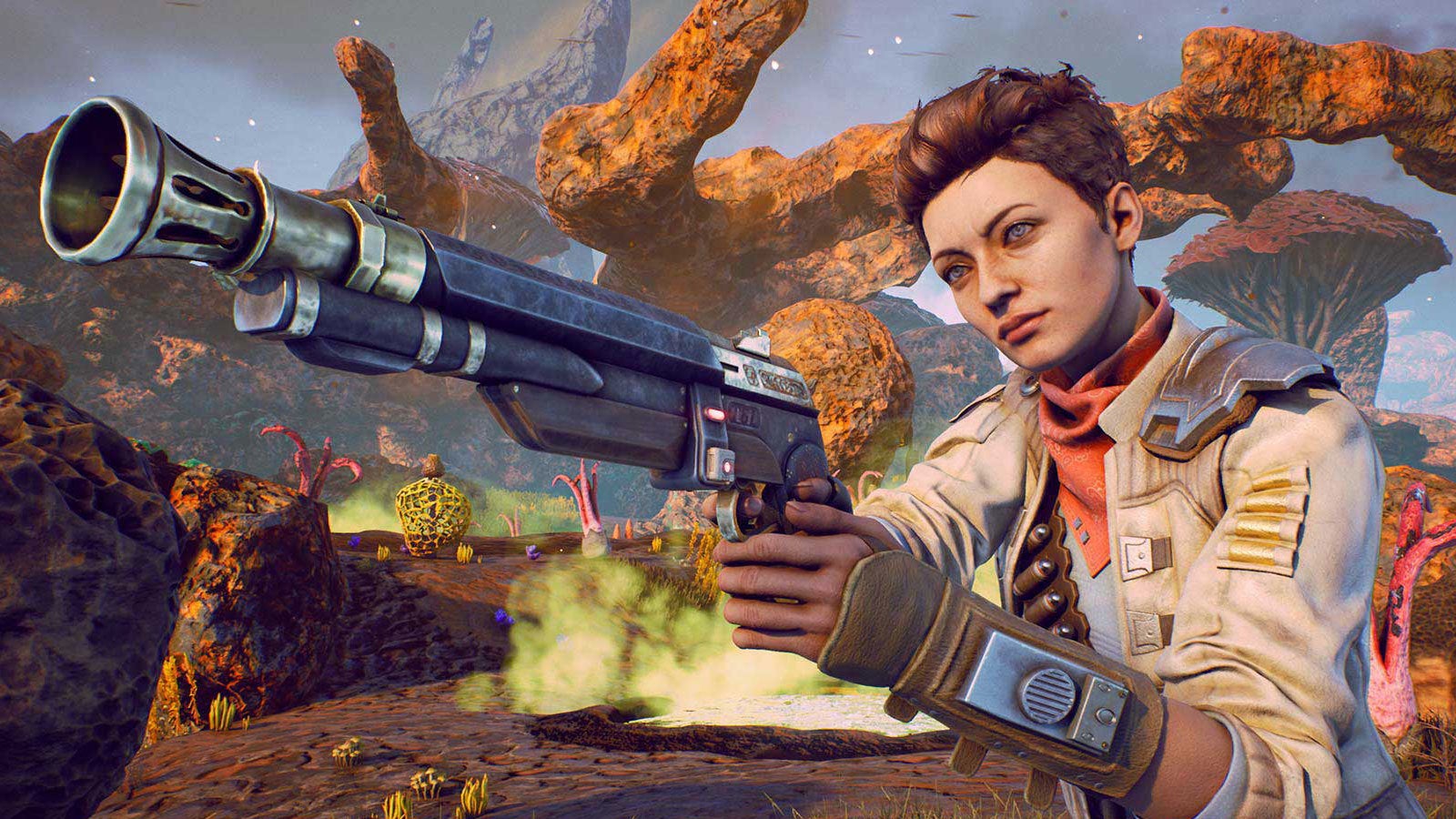 It’s cool that many modern games include colorblind options, so that those who struggle to differentiate between various hues can still enjoy the experience to the fullest. It’s even cooler, though, when a game is designed from the ground up with that support in mind.