9 Games Worth Smashing Out Over Christmas

The holidays are the best time for knocking out some video games, and this year has been quietly one of the best. There’s been some solid AAA games, cracking indies and just a good variety of experiences throughout. So if you’re looking for something fresh over the period, or just want to grab something for a weekend or two, here’s nine games worth picking up for the Christmas break. Imagine a cross between Bulletstorm‘s sci-fi setting and Devil May Cry‘s combo mechanics, and you’ve basically got Bright Memory. There’s a plot about preventing a corporation from digging up the secrets of ancient creatures to revive an ancient civilisation, but you can honestly ignore all of that. The main objective: shoot a lot of stuff, slice a lot of stuff, do it quickly, and do it with style.

The game’s been localised into English, but you can get the gist of the gameplay below. It’s also been ported to mobiles in the last month or so, but something like this is always best played on PC, I reckon.

A Shooter Where You Risk Losing Your Gear Forever

Escape From Tarkov is a military shooter currently in closed beta all about shooting other players and stealing their loot. Set in a fictional Eastern European city rife with conflict, Escape From Tarkov feels like a mashup of ARMA and Borderlands. Want to see what a huge single-player RPG looks like? That’s Gujian 3, the creation of one developer from China. It’s an action RPG that focuses on fluid combat with massive, Final Fantasy-esque boss fights. It’s gorgeous and pretty well optimised, and is definitely best seen in motion (especially since the plot won’t make a whole lot of sense translated into English). DmC 5 was a solid return for the series, although some of the characters are a ton more fun to play than others. But it’s hard not to get a kick out of the game’s ongoing fights, and for $22.42 from Green Man Gaming you’re doing well. As Tim from the US put it, DmC 5 is the best kind of trash. Spectacular trash, even.

Sometimes, style really does make up for a lack of substance. It’s a modern Theme Hospital, which you can now buy for just over $17 over at Fanatical. I shouldn’t need to say anything more than that. If you do need convincing then enjoy this review of the game, a game about simulating hospital management, from an actual NSW hospital manager.

Two Point Hospital, As Reviewed By A Hospital Administrator

Fifteen years ago, I played Theme Hospital religiously as a medical student. Now, I find myself playing Two Point Hospital as a medical administrator. That's video games for you. Still a remarkable time, even if it’s not the best Souls game in some eyes. It’s available for $39 on Xbox One through Amazon, and if you’ve got an Xbox One X it’s definitely a great way to play it (although the PC port this time around was much better than previous Souls games).

A long time ago, someone gave me a piece of advice that's remained true even today. The way people play video games is often an expression of their personality. Arrogant, brash types tend to be more aggressive, take more risks. Shy and retiring types tend to hold back a little more, often filling the support-type role. As for me? I tend to be overly reckless. Which isn't great when you fire up a game like Sekiro. Katana Zero was a banger of a cyberpunk samurai side-scroller, so the extra spotlight from being banned was a nice cherry on top.

It’s available for just under $14 on GOG, the best price across all stores right now.

One of my favourite surprises of the year, hands down. If you’re the kind of gamer that enjoys interactive stories, or living vicariously through the experiences of others, then this interactive narrative from some former CD Projekt Red developers is charming, vibrant, relaxing, and has a nice mix of animated visuals and music to go with it.

Anyone Who Loved 80 Days Should Play Wanderlust Travel Stories

For a small period, 80 Days was one of those mobile games that completely dominated my social feed. It was a neat rework of the Jules Verne novel with just enough fun mechanics, branching stories and plenty of style to carry the day. Wanderlust Travel Stories, which launched on Steam earlier this year and is now available on iOS and MacOS, follows a similar path. You start with a small group of travellers who meet up and share their stories from around the world. How those stories play out? Well, that's where you come in.

If you want to grab the game on PC, the cheapest offering is through for $14.49 through GOG. It’s cheaper on mobiles, however, and a perfect fit for a long commute or long haul flight. 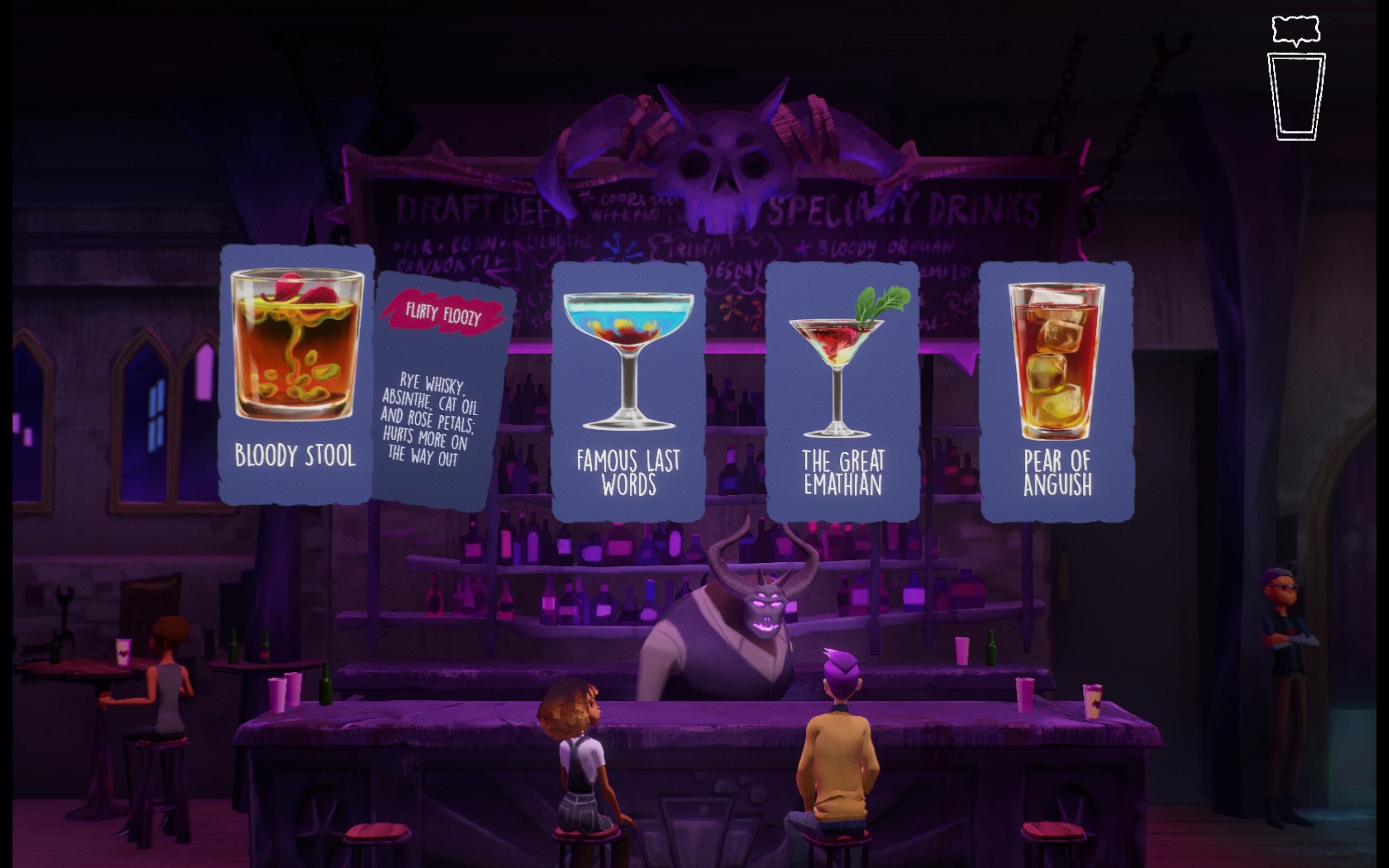 You’re at a high school party, but not for long … because you’re dead, stuck in Hell, and you have to binge drink your way out of the situation. Made by the same devs as Oxenfree, Afterparty is a great game you can knock out in an afternoon. In Afterparty, You Die As You Lived: Confused But Happy To Have A Beer

Afterparty, the latest from Oxenfree developer Night School Studio, is out October 29 (and rated M for Mature, like all the best night clubs). It’s a story-based adventure game written in the snarky spirit of its point-and-click predecessors, full to bursting both with witty one-liners and signs that the writers maybe got a smidge too attached to some of the pop culture and philosophy references they pencilled in. It’s a touch overdone, but games of this genre tend to be indulgent by nature. For the most part, it’s real good, knuckleheaded fun.

If you’ve got some time off or leave around Christmas, are you planning on playing any games? What ones have you got lined up, and what would you recommend to others?