A New Scene From Star Wars: The Rise Of Skywalker Is Premiering Next Week At Fortnite’s Drive-In Theatre 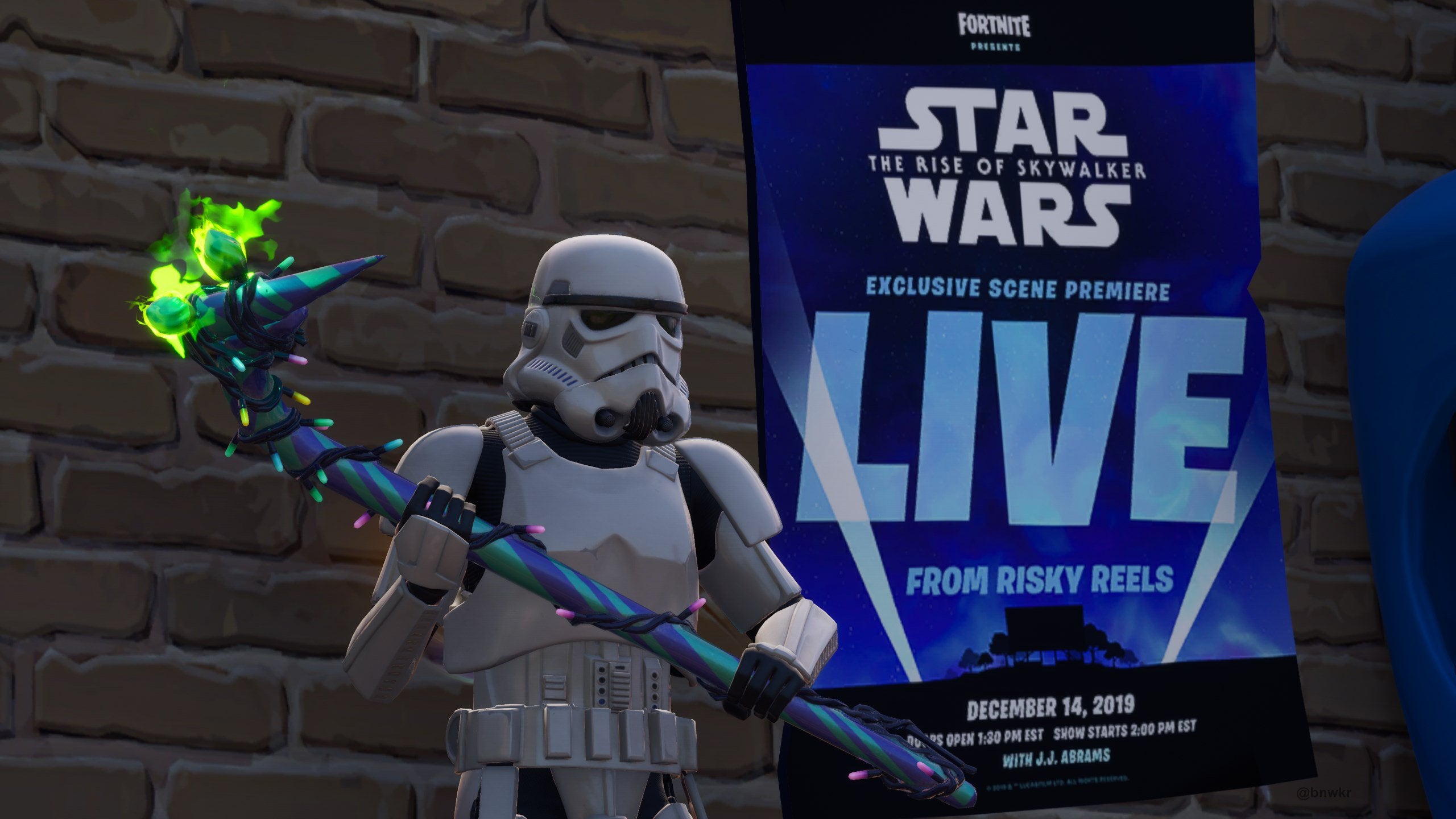 Do you like Star Wars? Do you like Fortnite? Do you like famous directors appearing in video games? Well, next week is going to be great for you as a new exclusive scene from Star Wars: The Rise Of Skywalker will be shown at Risky Reels, a theatre located in the digital world of Fortnite.

The news was announced via an image on the Fortnite Twitter account, which shows a poster that is appearing in the game currently. The poster explains that on December 14, six days before the film is in theatres, a new and exclusive scene from the movie will be shown live in Fortnite. The clip will be shown at 2:00 PM EST (December 16, 6AM AEDT).

The poster also seems to tease an appearance of some sort from J.J. Abrams, the director of the newest Star Wars film. He also directed The Force Awakens, which kicked off this new trilogy of space shenanigans.

Recently, Epic Games added a Stormtrooper skin into the game, so expect a lot of troopers hanging around Risky Reels next week, waiting to see a clip from the new Star Wars film.

The Rise Of Skywalker is released, fully, in real life theatres on December 20th and is the end of the sequel trilogy and the Skywalker Saga, which started with Episode IV (weirdly) back in the 70s.