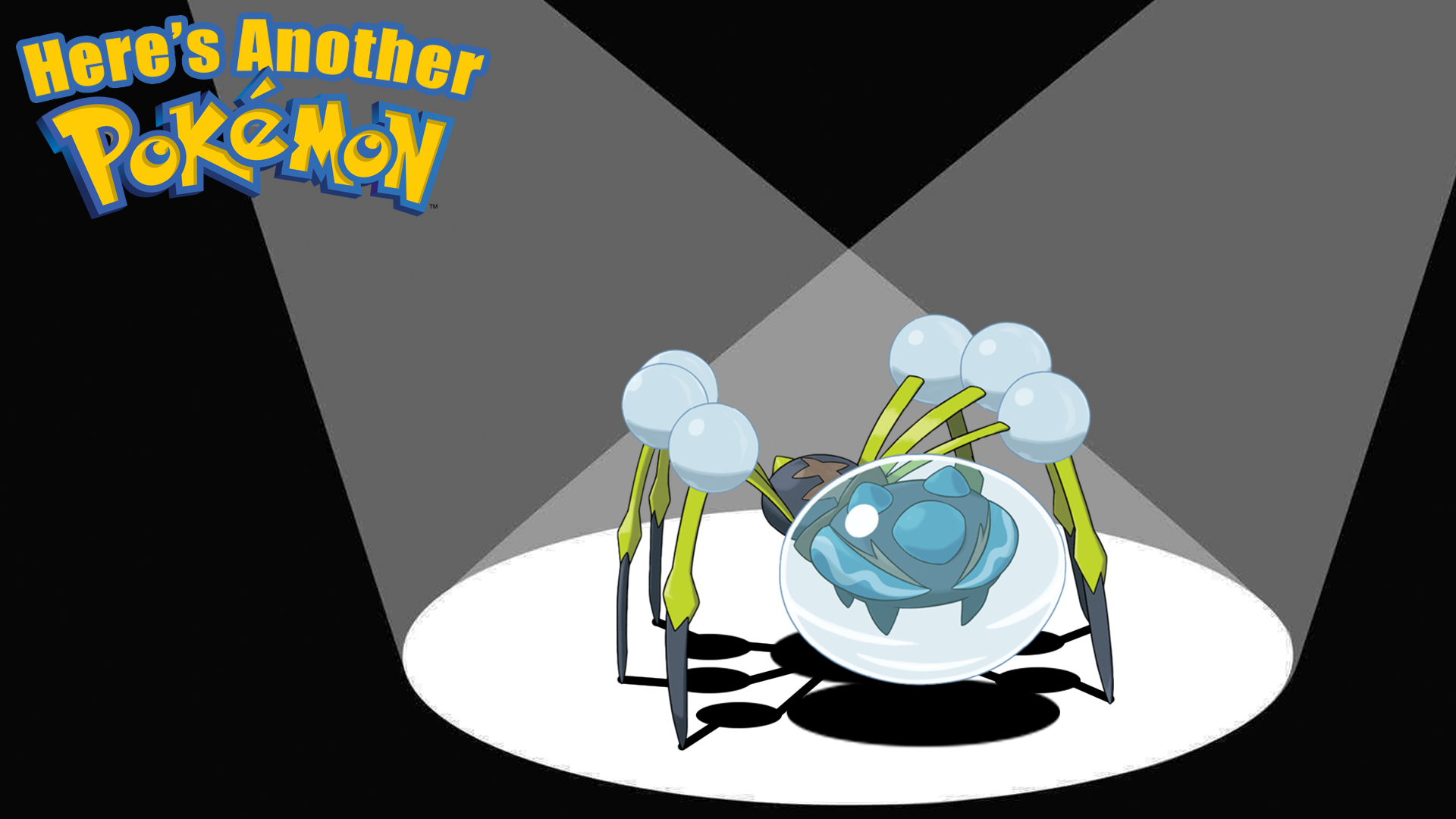 Every Pokémon is interesting and worth talking about. I don’t play a ton of Pokémon, but I do enjoy the universe and I love learning more about the creatures in it. So, Here’s Another Pokémon! It’s Araquanid!

I hate spiders. They scare the crap out of me and make me feel all gross inside. When one of them appears in a video game I instinctively swear and get angry that I’m having to look at a spider in a video game. I’ve run out of a room because of a spider. And yet, Araquanid didn’t get a reaction from me at all. Probably because this thing is one of the weirdest looking Pokemon I’ve seen.

Seriously, what the Hell am I even looking at? I know some Pokémon fans get tired of people complaining about the new generations and their Pokémon designs, but come on, what the hell is this thing? Based on the name and its type, I assume it is a spider, but it looks more like something I made in Spore that one time I played it for a few minutes. How did nature create such a thing? Why did it create such a thing? And does anybody even want to capture one of these weird spiders? Probably. 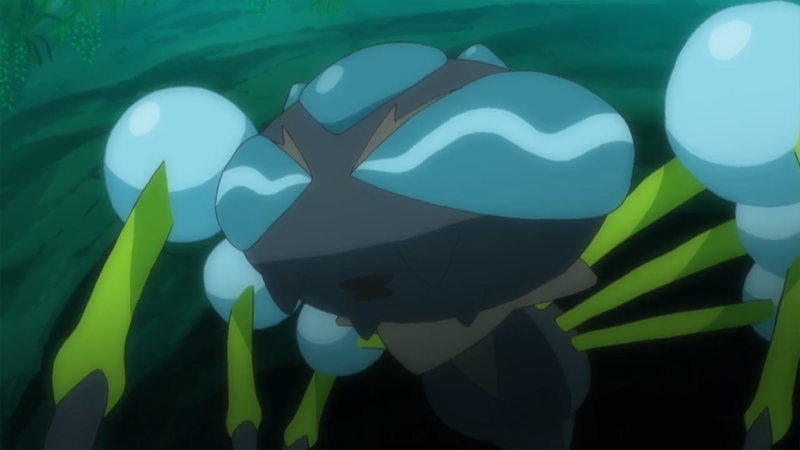 Araquanid also has a disturbing way it kills and eats its prey. You see that water bubble around its head? Well, it uses that to capture small creatures and then drowns them in the bubble. Oh, and it doesn’t always eat that dead creature right away. According to Pokédex entries on Bulbapedia, it will sometimes let the corpse just float around in there until it is hungry. Imagine you are a small child and one of these things pops out of a lake or river and comes walking towards you with a dead Pikachu its water helmet. That might be the end of some adventures.

Also, a warning is found in the Pokédex entry for Araquanid in Ultra Moon: “If its Trainer doesn’t watch out, Araquanid will try to put them in its bubble!” How would that work? I have no idea. But I’m not a big fan of keeping a pet that might try to eat you one day. This is why I don’t own a giant snake as a pet in real life. At least cats wait until you die to eat your body. 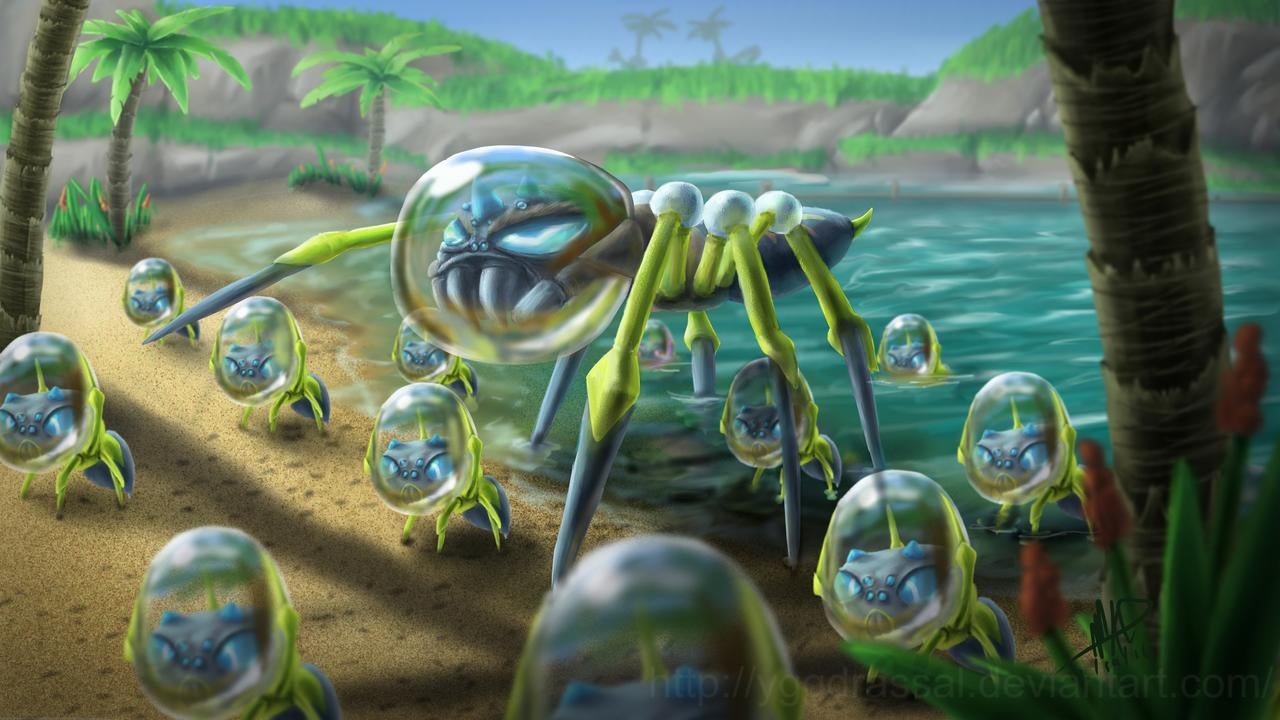 Ahhhhhhhh! This image triggered my intense dislike of spiders. It also reminded me of those videos of spider babies pouring out of a nest or even their mother. Ahhhh. I hate it! Someone get me a flamethrower.

“I wonder what it would look like if Salazzle had a baby with Sonic the Hedgehog.

I’m sure I could google it but there are just so many reasons that the requisite words to answer that query will never, ever by typed into my search engine.”

What is wrong with you? Don’t ask questions you don’t want to be answered. Come on.

Here’s Another Pokémon is a weekly look into one Pokemon and how weird, disturbing, silly, or cool it is and why.