Arise: A Simple Story might seem familiar, but looks can be deceiving. It’s not necessarily breaking any molds in its minimal art style and platforming, but its heartfelt story took me on a journey that hit me like a ton of bricks.

Arise is available today for PC, Xbox One, and PS4. It starts out with your character on a funeral pyre. People gather around to pay their respects moments before you’re cremated. You then wake up in a space between the living and the dead. There are glowing stone objects that transport you to different worlds, which represent different moments in your character’s life.

You start off reliving some of your earliest childhood memories as a part of a nomadic tribe. You jump, climb, and swing from platform to platform in linear levels that are more about storytelling than speedrunning. Each level is a surreal representation of meaningful moments in your character’s life that explore falling in love or mourning the loss of a loved one.

Arise also gives you the ability to control time. By moving the right analogue stick from left to right, you can manipulate a level’s objects and even freeze things in place to use as platforms. A falling boulder can be brought back up and held in place, or you can control a burning fire to either clear a path of vines or light your way. Arise finds interesting ways to play with this mechanic that never feel unnecessarily complicated. 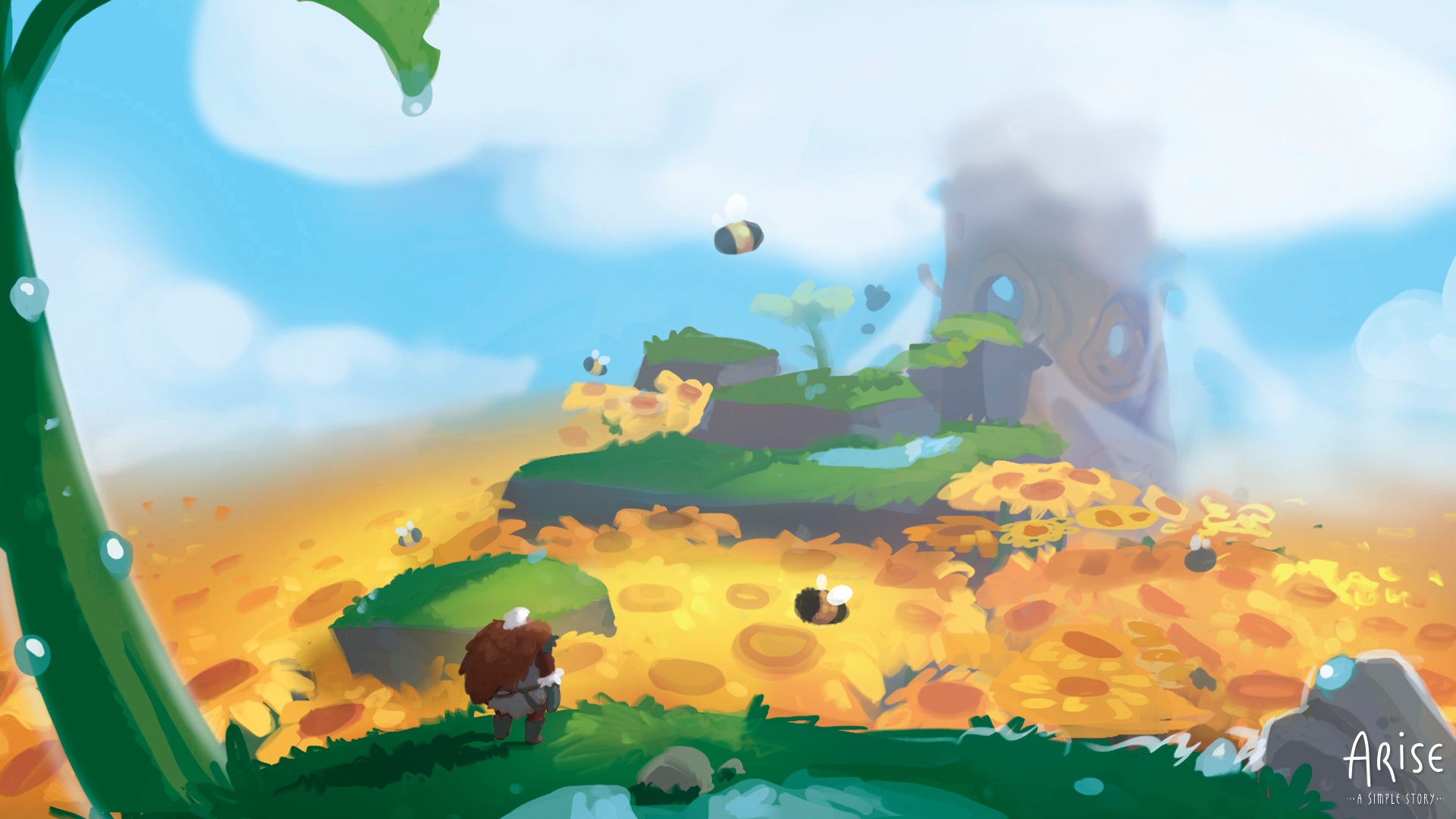 'There will be tears.'

Platforming isn't as responsive as I would have liked. Also, I wish the 3D character models had eyes!

Played on PlayStation 4. Also available on Xbox One and PC.

Finished in a little over 4 hours.

You also have abilities like a grappling hook that lets you swing across large gaps or pull things towards you. There are also streams of air you can ride that zoom you through the levels. There’s an optional co-op mode that gives another player the ability to handle the time manipulation. I didn’t get to try it out, but I could see it being an accessible way for a friend or loved one to absorb Arise’s story alongside you.

Levels also feature glowing orbs that unlock wonderful Studio Ghibli-like illustrations that add some supplemental colour to the main story beats. There are also hidden illustrations to find if you poke around. They don’t add much, but they were still wonderful to discover.

But mostly, the game involves finding new ways to bend time by reversing or speeding up events to navigate the game’s very simple platforming. Each world genuinely feels magical and pairs well with the dramatic score, filled with melancholic piano and uplifting strings.

Arise’s’s subtitle presents it as a “simple story,” but that doesn’t make it any less impactful. Even though there’s barely any dialogue or text, the game tells its moving story well. Where things are headed is telegraphed from the start, but the ending still hit me hard.

Arise is worth checking out if you’re in the mood for a game like Journey or Gris, or if you just want to explore a magical world while listening to an emotional soundtrack.