Games Of The Decade: The Binding Of Isaac

The Binding of Isaac

On the evening of November 4, 2014, I huddled together with a group of friends in one of the bedrooms in our freezing university house, waiting for the The Binding of Isaac: Rebirth to drop. After hundreds of collective hours in the slightly janky, Adobe Flash-based original, we watched on in amused excitement as a 20 minute delay drove the community into mock fervour, demanding that developer Edmund McMillen “༼ つ ◕_◕ ༽つ Give REBIRTH.”

The arrival of Rebirth was the first and only time I've waited to play a game at the moment of release. There are plenty of things that drew me to it - The Binding of Isaac was cheap, and offered re-playability that was sometimes difficult to come by at our modest budgets (and on our even more modest setups). It could be picked up for a single run in 30-minute study breaks, but still offered enough challenge and depth that my friends and I could play for hours, and then come together and tell each other about our latest exploits. Across two games and hundreds of hours, The Binding of Isaac got its hooks into me for the best part of three years, and it still hasn’t quite let go.

Much of McMillen’s work can be difficult to talk about in polite company, and The Binding of Isaac is no exception. Putting aside the rampant toilet humour, the developer’s concerns with organised religion are another immediately apparent theme, and you don’t have to look too far before you’re dealing with child abuse, body dysmorphia, and abortion. It’s rare that these themes are handled with any particular nuance, but it’s also clear that they aren’t simply in place to shock. There’s an intricate thread of narrative woven throughout the games, and many of its more uncomfortable items and characters are merely a new way to pick at it.

With hundreds of items, many of which can only be unlocked under specific circumstances, unraveling that thread is a long process. The sheer volume of content offers staggering breadth, but also makes each run feel like a gamble. Sometimes the stars will align, transforming the mewling infant that starts each run into a being powerful enough to kill Satan. Other times you’ll be begging for scraps, stumbling through each room in search of anything that will help keep you alive through the next boss fight, taking ever-bigger risks in an attempt to find the one thing that might turn your unfortunate dungeon run on its head. There’s a skill to surviving, and a satisfaction that comes from learning how to make the best of a bad situation when confronted with its basement monstrosities, but it feels oh so good to roll through a dungeon with an absolutely broken build full of obnoxiously powerful items.

I have spent an awful lot of time in Isaac’s mother’s basement, but a gritty theme and a lot of re-playability don’t make a great game by themselves. As much as I have enjoyed (and sometimes very much not enjoyed) The Binding of Isaac over the years, it is a game that relies on your willingness to engage in trial and error - or embed yourself deep within its wikis - in order to eventually succeed. And while quick reactions and an encyclopedic knowledge will get you a long way, in my experience, sometimes you just won’t end up with the health or damage to get past its final bosses. In these moments, Isaac is not much fun.

But the games that made it onto my own decade-end list aren't necessarily the most fun games I’ve played in the last ten years, or the ones I've played most, or even the 'best' I've played. The Binding of Isaac is here because it shows how an indie game can evolve and grow into something larger than itself, becoming bigger than the sum of its parts. McMillen’s Super Meat Boy would be another important example, as in their way are the likes of Hollow Knight, Shovel Knight, and this year's horrible goose.

Given the subject matter it's remarkable that The Binding of Isaac has become that most mainstream of video game achievements, a franchise, in a way that few titles can match. That first game, the product of a week-long game jam, spawned an expansion, followed by a remake, which in turn is set to receive its third expansion next year. 2018 saw an Isaac card game, and a prequel, The Legend of Bum-bo, released just last month. The 2010s were the decade in which the best indie games started to take over the mainstream and cement their own legacies, and The Binding of Isaac was at the forefront of that transition. 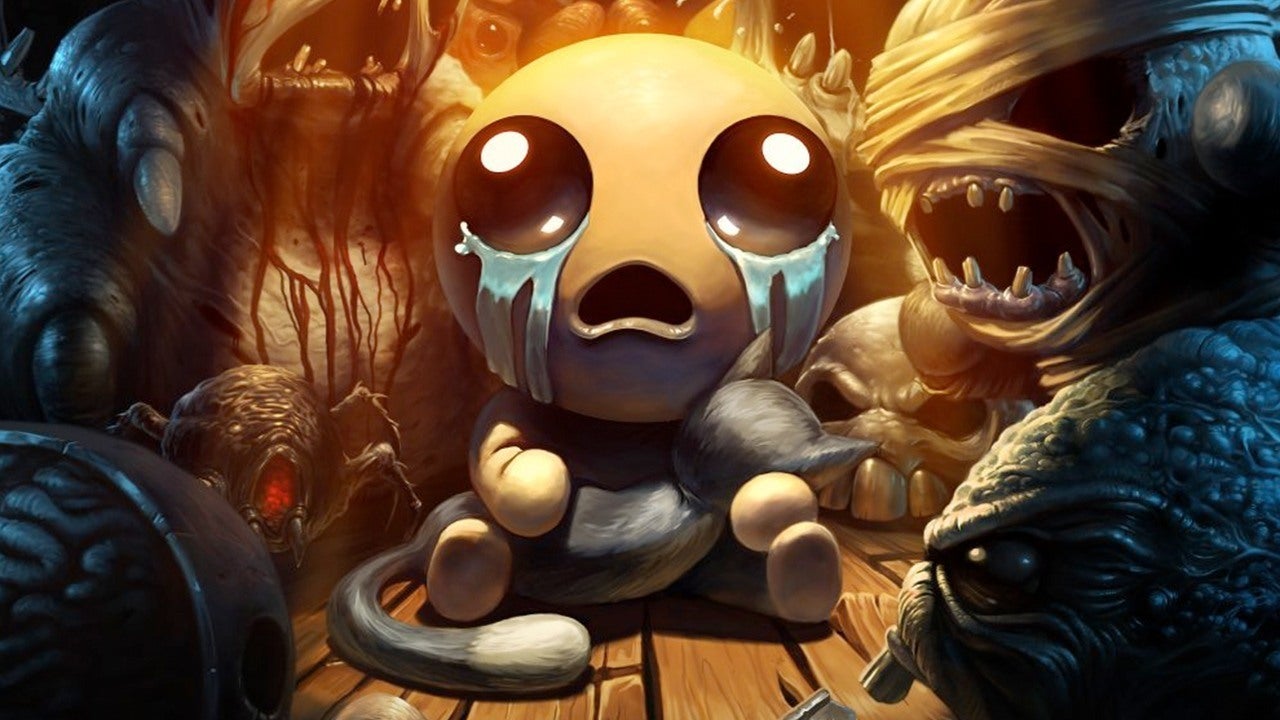 Team Alpha are the makers of Alphabirth, one of many mod packs for The Binding Of Isaac. Despite releasing their third pack just this week, the team's head coordinator took to their blog to say that, for now, work on more Isaac content has been put on indefinite hiatus.