Do you love Toyotas? I mean really love Toyotas? Like, “dream about one day dating your Toyota in hopes of getting married and having small Toyotette babies?” No? Huh, weird. Well, this dating simulator involving actual Toyotas is still probably right up your alley.

Dating sims are one of the internet’s strangest inventions. They’re generally dialogue-heavy games where you simulate falling in love with someone, as one does. Dream Daddy made the rounds a while ago, but apparently games like LovePlus and Hatoful Boyfriend are really popular. I couldn’t give you a better description than that. 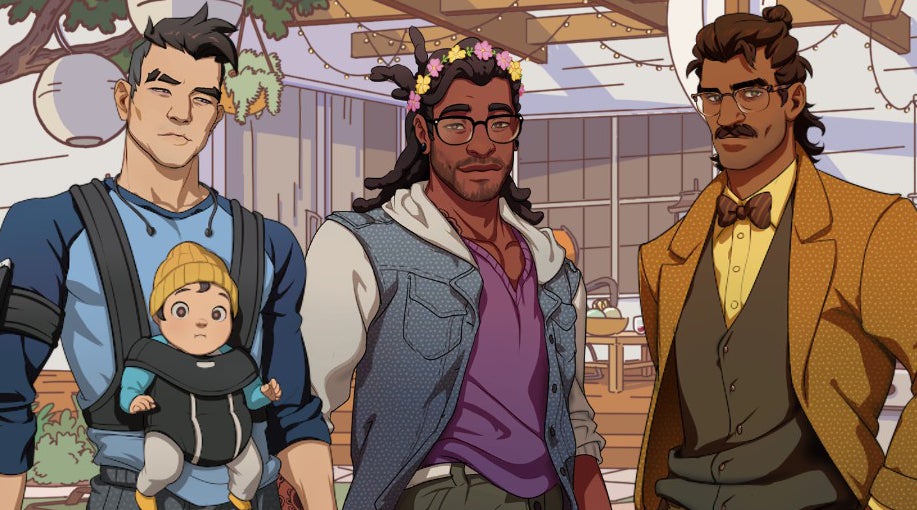 How Dream Daddy's Creators Avoided Turning Homosexuality Into A Joke

Dream Daddy is the latest unlikely hit rocketing up the Steam charts, a dating sim where you romance a neighbourhood block of improbably hot dads. I spoke to creators Leighton Grey and Vernon Shaw to find out more about how they struck a balance between humour and sincerity, criticism the game has faced since release, and what it means to be a dad. Also ska music.

Sometimes these sims take the form of YouTube videos, which my twelve-year-old Naruto-loving self was once familiar with. But a channel called CV (which stands for Character Voice) has outdone everyone by creating an absurd dating sim video where you romance a Toyota.

One more time, for the people in the back:

This is, simply, incredible. In terms of setup, you, the viewer, are an eighteen-year-old girl who just received her driver’s licence. It’s now up to various Toyota Corollas to woo you with their fine features. These Corollas are brothers, each with their own distinct personality traits. The red Corolla Sport, for example, is hyper-active, while the standard Corolla is more mature.

Can cars even have siblings? If so, who are their parents? And how are cars produced? Is this why there is car romance?

Some questions are better left unanswered.

The video, while only two minutes long and a little tough to understand if you’re not a master of the Japanese language (there are English subtitles, but they leave much to be desired), but it’s hilarious nonetheless. I don’t know why more automakers haven’t capitalised on the concept of cars selling themselves like contestants in a dating game. It beats the hell out of Chevy’s stupid “real people” ads.

The ending of the video suggests that there are three parts in total, with the next part being a date, or a test drive, and the third still remaining a mystery.

One can only imagine what it could be.

Remember Dream Daddy? Now imagine that, but the only daddy that matters has a big white beard and he is super keen to show you his fried chicken.