In Defence Of Hop, The Unlucky Pokémon Rival 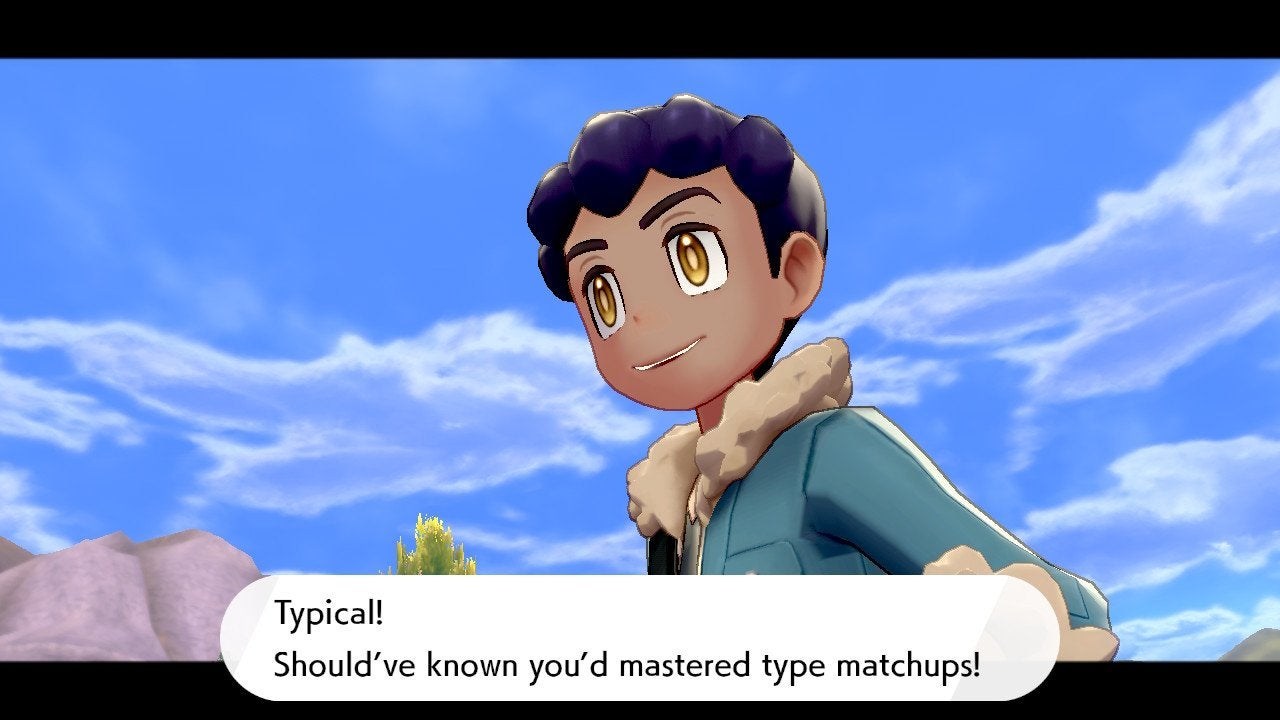 I will not hear any more slander about Hop, your rival in Pokémon Sword and Shield.

Your rivals in the more recent Pokémon games have trended more towards “childhood pal” than the “bigtime arseholes” you had to trounce in the older ones. I have strong memories of wanting to just beat the shit out of Blue from Red and Blue because he was such a nonstop jerk, and I’ll still kick his arse if I see him. It’s on sight dude.

Hop, on the other hand, is a nice kid. All he wants is to be Pokémon Champion, like his big brother Lee. It is your role in Sword and Shield to crush this dream constantly. Every time he challenges you, he’s sure he’s figured out the key to beating your winning strategy. Due to the nature of the game, each time you face him, he is wrong. Once when I was playing, my boyfriend looked over my shoulder as I killed Hop’s Scorbunny in one hit and muttered, “His confidence is misplaced.”

Some Pokémon players find Hop’s eternal optimism annoying. When you get a particularly good hit in that takes advantage of type differences, he’ll congratulate you on your knowledge of type match ups. He does this every time. I understand that people might find this annoying. I do not. It’s sweet that he can find a way to compliment you, even when you’re absolutely destroying him.

While I understand wanting to have a rival that you’re driven to beat through hatred, it creates an emotional slurry that makes me feel bad. Combining the joy of victory with the joy of having made someone feel bad just sours the win for me. When I win, I want it to be a celebration of my skills, not a celebration of how much someone sucks. If I beat someone, I want to know that they were trying their hardest, that they wanted it just as much as me.

Pokémon Sword and Shield also has a character that is designed to be hateable: Bede, a mysterious trainer that’s been endorsed by the Pokémon equivalent of the president of FIFA. He is a jerk to you from the first time you meet him until the last time you defeat him in battle. While he’s a good character and I felt good about beating him, I’m not as attached to him as I am to Hop. Beating Bede feels good, but I don’t feel any real connection to him.

Bede is just one more stepping stone on my way to victory. Whatever his personal problems are, they’re not my problems, and I refuse to care about them. Why should I? He’s a jerk! Beating Hop is a challenge that I’ll face over and over. If it were real life, that kind of relationship is the one that creates a lasting, lifelong friendship, one where you’d be happy if your friend wins. It’s a benchmark for my progress, and also for his lack of progress. My guy is really surprised that Water Type moves beat his Fire Type Pokémon every goddamn time. Hop might not be too quick on the uptake, but he’s a good friend, and that’s worth its weight in Gym Badges.