I’ve Had To Kick My Modern Habits To Stop Dying In Halo: Reach Multiplayer 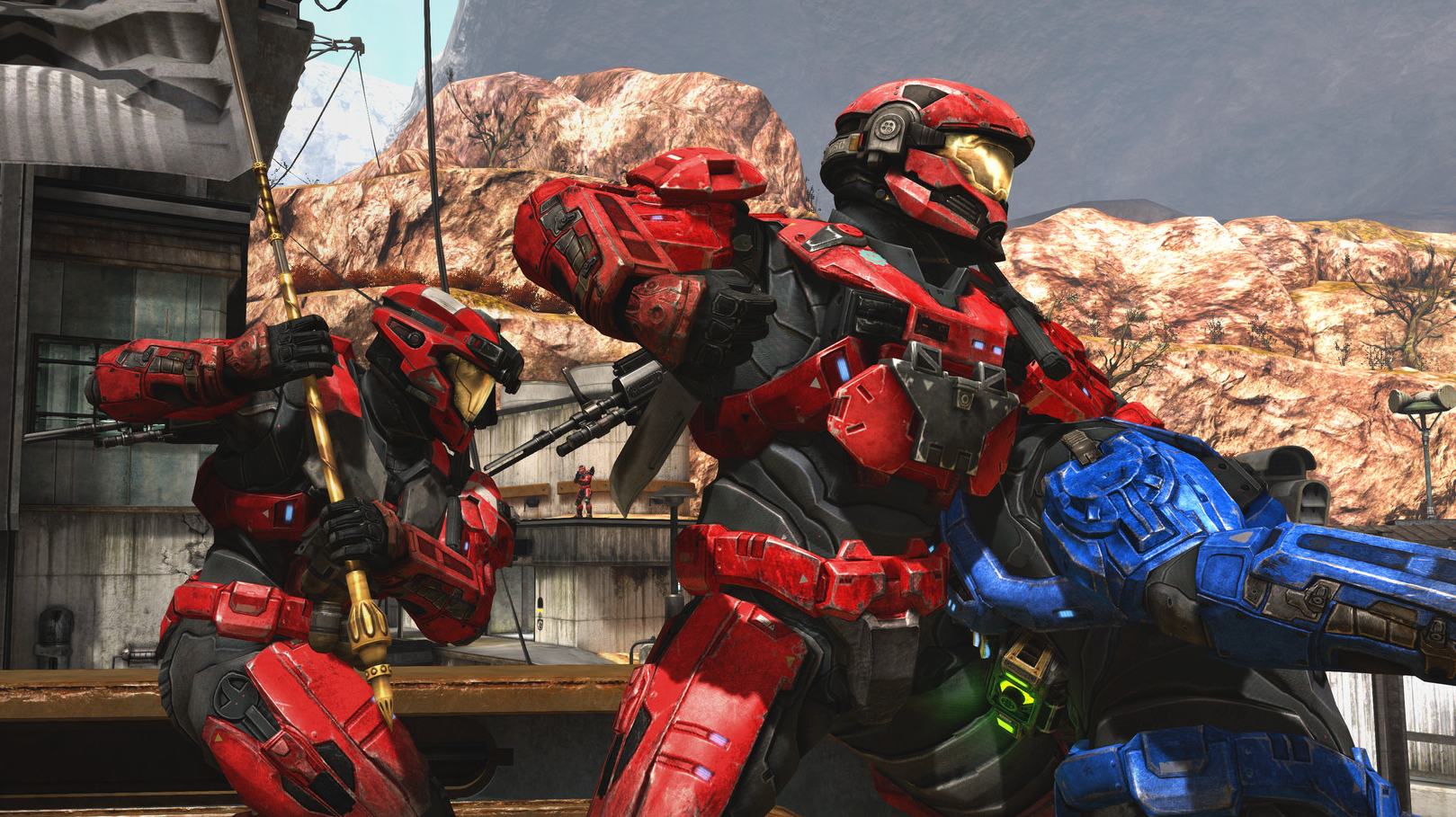 A little figure wearing red space pads flickers onto my screen from behind a pillar and I immediately pull the left trigger on my Xbox One controller to zoom down my rifle’s sights. Except this is Halo: Reach, and there are none.

My blue space dude lobs a grenade instead. The red man disappears again. My grenade gets snagged on the top of the tunnel I’m in and bounces back toward my feet. This is how I died during my first outing in Reach’s multiplayer since 2012, and it wouldn’t be the only time, either.

Shooters were different at the start of the decade. I knew this. And I knew getting back into Reach would take some adjusting. I did not know nor was I prepared for just how much my instincts and reflexes had atrophied in the time since, or how often I would die while trying to unlearn everything modern shooters like Destiny 2 and Modern Warfare have conditioned me to do. 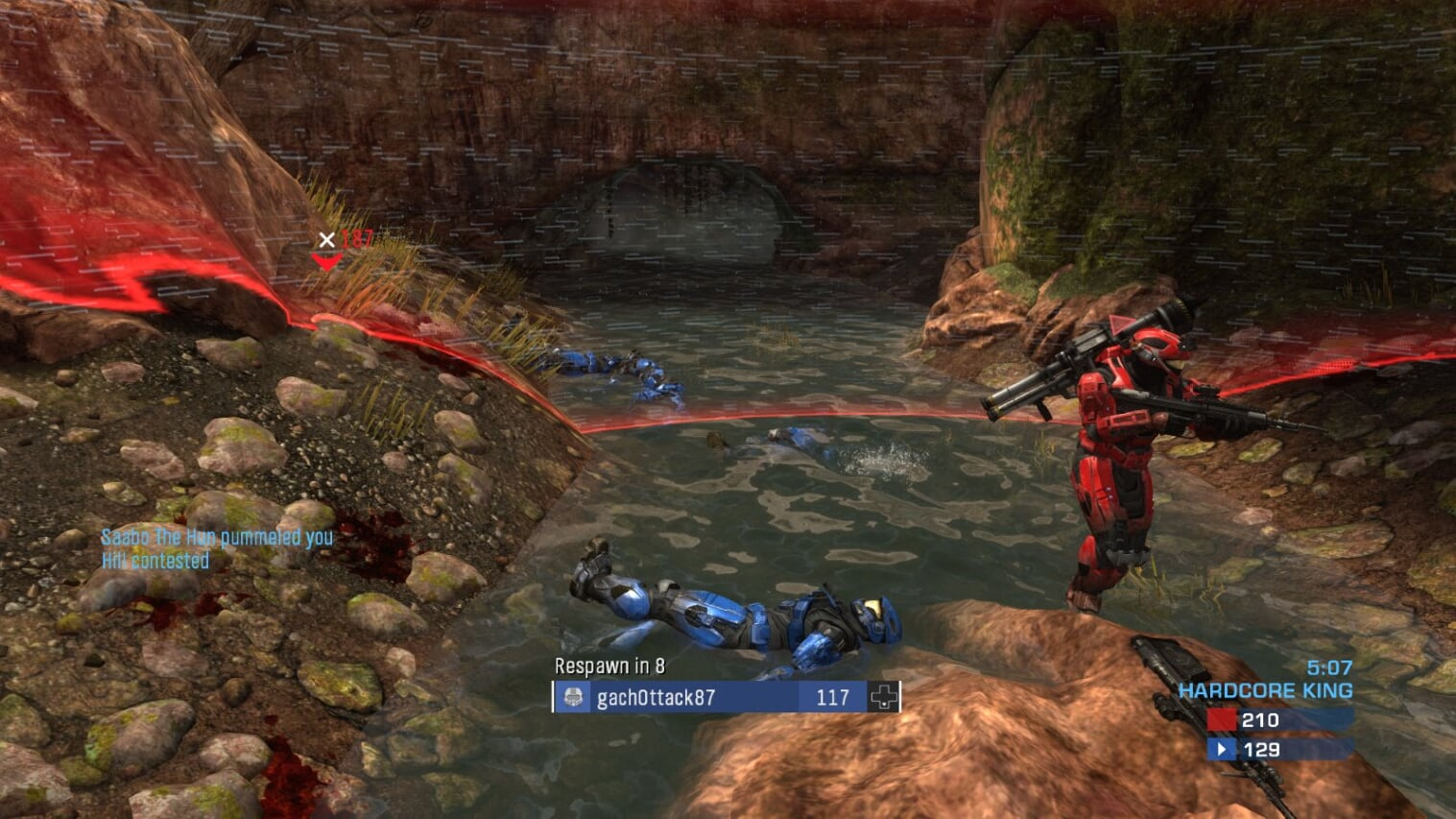 I love to sprint. It’s what most often gets me killed in other games, but also just as often what helps me get out of a scrape alive. Reach has sprinting, but it’s on a cool down and tagged to your armour ability and not available in the game’s competitive mode. Get caught out in the open and someone will pick you off before you can get back into cover. I realised early on that I needed to be more cautious and methodical about checking blind spots and predicting where opponents would pop out, but that didn’t stop me from spending the first few matches trying to race out into the centre of the map like confused John Travolta.

The lack of iron sights has also been frying my grey matter. It’s how I squint in games, and there is a lot to squint at in Reach, but the standard issue rifle doesn’t have any option for focusing down the reticle. When I haven’t been accidently chucking grenades, I’ve been wasting time searching for people with the game’s zoom-in view. The M392 Marksman Rifle lets you look down the scope while firing, but whenever you get hit, which happens 90% of the time, that’ll bounce you back out of it. Firing from the hip feels so unnatural in 2019, but getting reacquainted with the satisfying zap of headshotting someone without assists has been worth the effort. 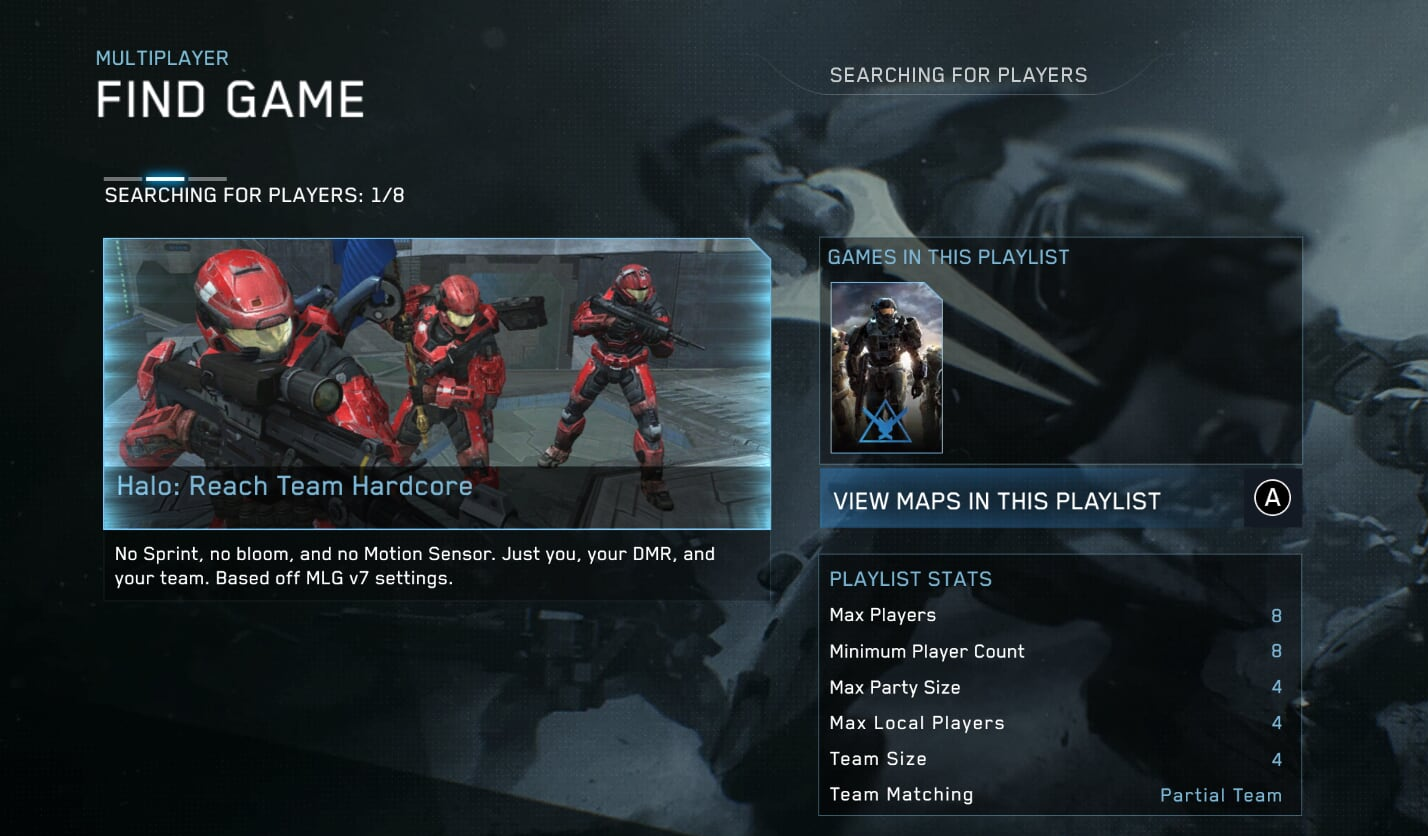 By far one of the weirdest things has been trying to shed my reliance on crouching. You can crouch in Reach, but you can’t crouch while moving. It’s something you have to hold the left analogue stick down to do, which makes a lot of sense in terms of the physical demands of crouching in real life. Still, it runs completely counter to my modern sense of how super soldiers should function—or, at least, how they usually function in a video game. In Reach, there’s no sneaking behind rocks, or ducking in between reloads. On the one hand it’s frustrating but on the other it can feel liberating: there’s no try, only do, get the kill or die trying.

“No bloom no sprint” is Reach multiplayer’s tagline, but it’s more than just words. For the uninitiated, bloom is an in-game effect that makes shots fired from further away less accurate, no matter how well you aim. Dipping back into the old school shooter in the twilight of the decade in which it was released, it’s immediately apparent how different it is. What you see is what you get. When I play Destiny 2, it feels like a guardian angel is watching out for me, helping me get to safety just in the knick of time or nerfing an opponent’s shot in real time in order to account for dice rolls happening behind the scenes. In Reach, I only have my reflexes, my spatial awareness, and the wiles of my teammates to get me through the round. It’s not a world I want to live in full time, but returning to it has felt rejuvenating.