Mario Kart Is Apple’s Most Downloaded Game Of 2019

Last night in New York City, Apple held its annual celebration of the best and most downloaded games and apps across its platforms. The iPhone game of the year is ThatGameCompany’s gorgeous social adventure winning iPad game of the year.

Neither of those critical darlings were downloaded as much as Mario Kart, Call of Duty Mobile, Fortnite, or a game with a sperm cell for an icon.

There are two sides to Apple’s annual celebration of apps and games. There are the actual awards, with judges and everything, which rewarded games like Sky: Children of Light, Hyper Light Drifter, best Mac game Gris, and best Apple TV game Wonder Boy: The Dragon’s Trap. This year added a new category, best Apple Arcade game, which went to Sayonara Wild Hearts.

Then there are the lists of the most downloaded free and paid games of 2019. These lists are based on pure download numbers and are basically the result of a year-long popularity contest. There weren’t a lot of surprises in the paid charts, but there never are. Minecraft has been on top of the paid charts since it launched on iOS back in 2011. Plague Inc. and Geometry Dash, as numbers three and five, were the usual suspects. Nice to see Stardew Valley getting love at number eight, but not too much too much excitement there. 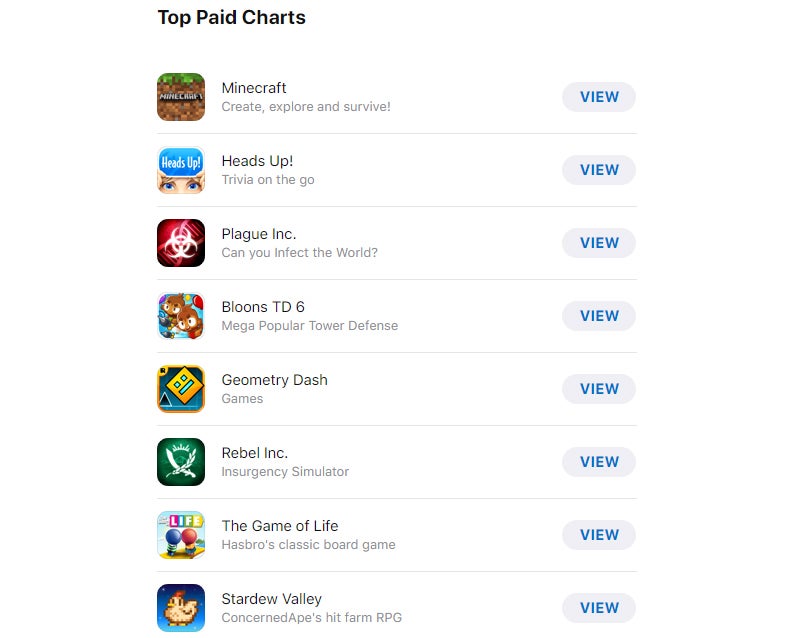 But look at Nintendo, tearing up that Top Free Games chart with Mario Kart Tour. Released officially in September, the bite-sized racer quickly rode to the front of the pack. Strong promotion from both Apple and Nintendo catapulted Mario Kart past the “visceral combat” of fourth-ranked Call of Duty Mobile and slipping superstar Fortnite. 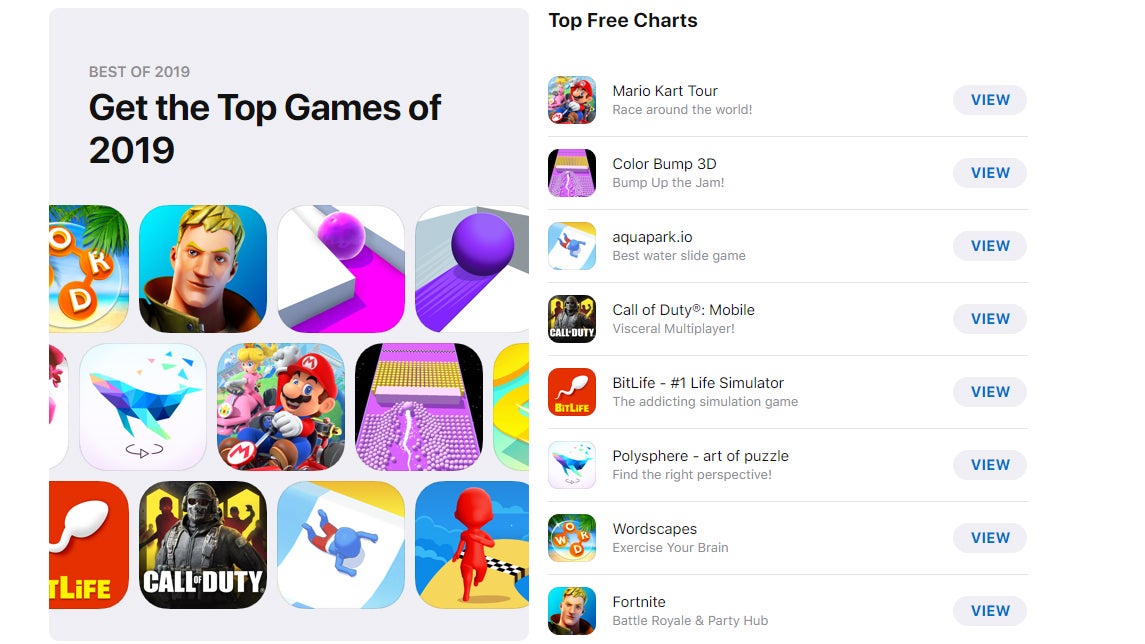 I’d say it came down to name recognition, but Mario Kart Tour was the only Nintendo game to crack the top 20 of either list. Sorry, Dr. Mario.

For me, the biggest winners on the Top Free charts are the ones not named after million-selling blockbuster console games: The second-ranked Colour Bump 3D. Water slide racer aquapark.io. BitLife, a largely text-based life simulator with its striking sperm icon. The games people download because someone else told them they were fun. Good job, weird, random games.