Super Mario Maker 2 has finally leveled up with today’s release of the version 2.0 update. Some carefully-considered new enemies and items open up new creative possibilities, but the big change is the fact that Mario can now transform into Link, with a full suite of new moves that turn Mario Maker levels into Zelda ones—specifically, the side-scrolling Zelda II. And it’s more detailed than you might think.

First, the other stuff: the new update adds Pokey, the cactus character that made his debut in Super Mario Bros. 2, and Spike, the Super Mario Bros. 3 enemy who vomits up, then throws, massive spiked balls. There are also P-blocks, which turn on and off when a P-switch is thrown; helpful if you want to create (or remove) a platform for just a short period of time. And there are now Frozen Coins trapped in blocks of ice that must be liberated with some form of fire.

You can see how these new elements might lead to entirely new types of levels, which I’m sure the Mario Maker community is already hard at work on. Then again, maybe they’re all distracted by the Master Sword. 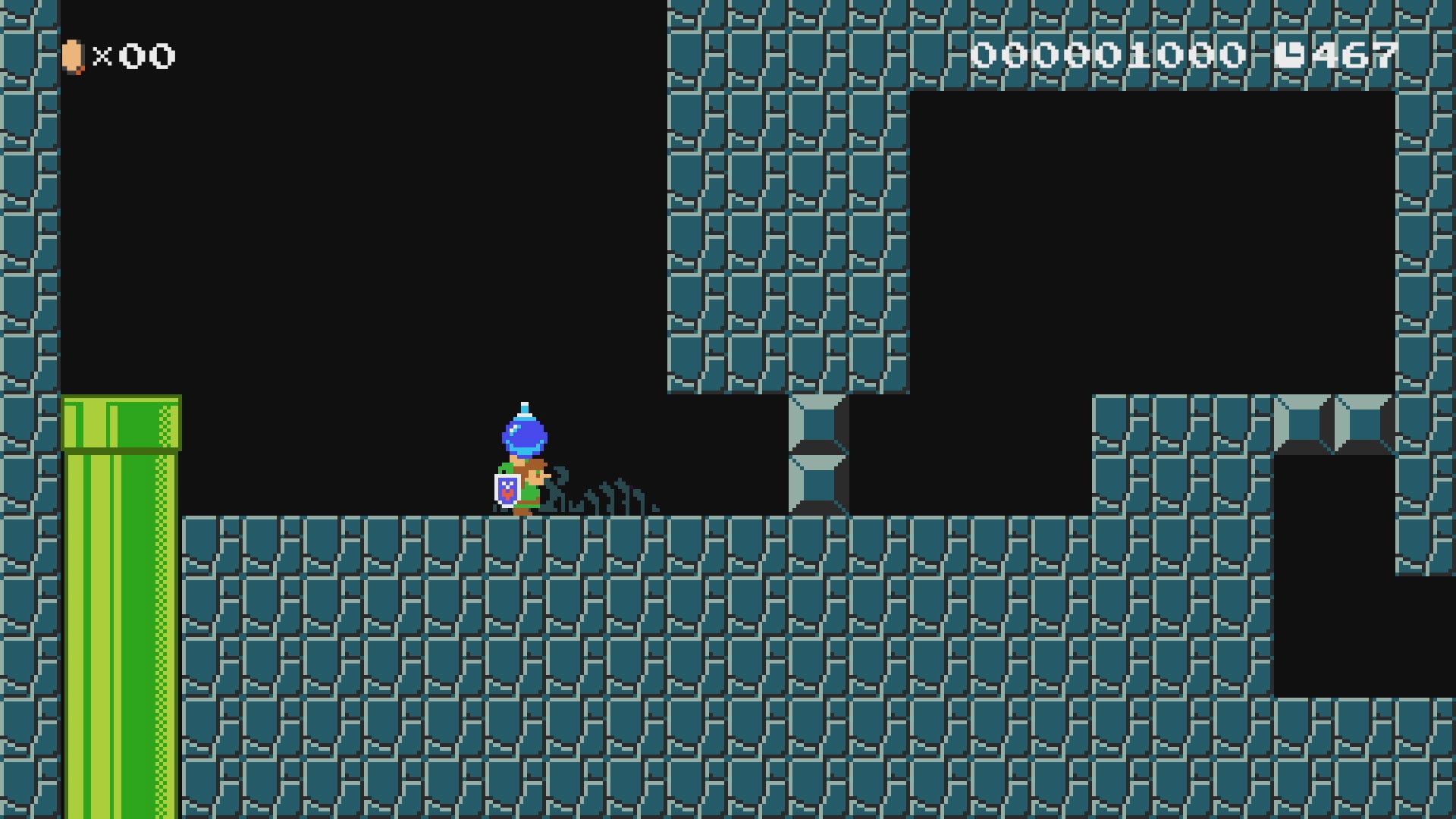 Available only in the original Super Mario Bros. theme, the Master Sword turns Mario into Link. Unlike the Mystery Mushroom of the Wii U Mario Maker, though, this is no mere cosmetic. Link can attack with a sword, shoot arrows, throw bombs, block with his shield, down-thrust with his sword while in midair, and even do a running dash, sword out, to plow through enemies (or jump massive gaps).

Put simply, this fundamentally changes the nature of what you can create with Mario Maker. To have a character who can attack laterally, arbitrarily place bombs, shoot enemies from afar, and deflect projectiles opens up entirely new types of level designs.

And here’s the really cool part. When you get the Master Sword, a lot of the game’s music and sound effects change to match the Zelda theming. Depending on the type of stage you build, you’ll hear a different classic Zelda background track. That part is obvious, since you won’t be able to miss it once you start playing a level. But what is not obvious, for example, is that if you use the “lightbulb” sound effect, instead of playing a doorbell sound, it plays the “you found a secret” Zelda chime. Use the “Peaceful” music, and it’ll play the Great Fairy Fountain theme instead. 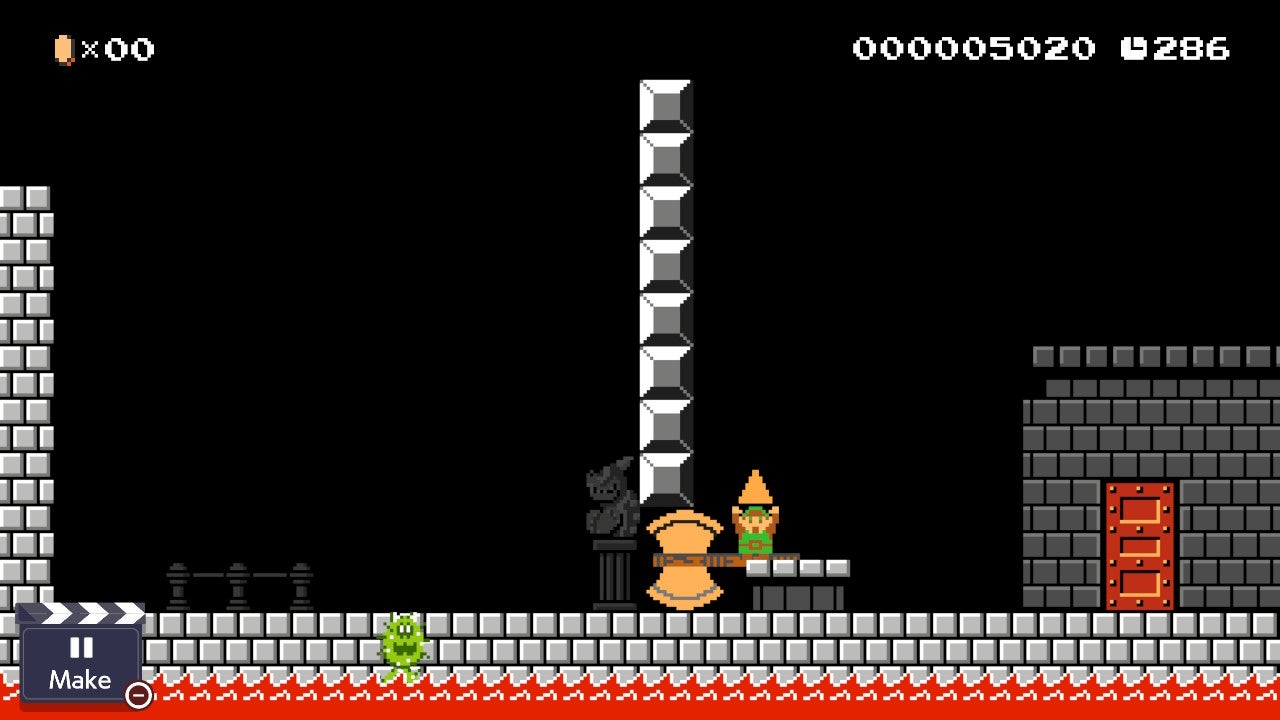 I’m sure there’s more I haven’t even found yet. What this means is, through careful stringing together of music and sound effects, you can create something that feels… well, not like a traditional Zelda game, but a lot like the side-scrolling parts of Link’s Awakening—and those were populated with Mario enemies, anyway! Really, it’s more of a Zelda II Maker than anything, thanks to the addition of that down-thrust attack.

There’s only one thing that annoys me, though, and that is that if you take a hit, Link reverts back to being Mario. This means that if you want to create a level that you play all the way through as Link, you pretty much have to scatter Master Swords all over the place to make sure that the player can always switch back if they get hit. Maybe there are reasons why this is the only feasible way it could be done, but wouldn’t it have been nice if, say, the Master Sword gave Link a heart metre, which power-ups were able to refill?

Regardless, this just means that creators will have to come up with workarounds if they want to make sure that players always stay as Link. I’m sure we’ll see a lot of clever solutions, as I imagine this is going to inspire many, many new creations in the near future.