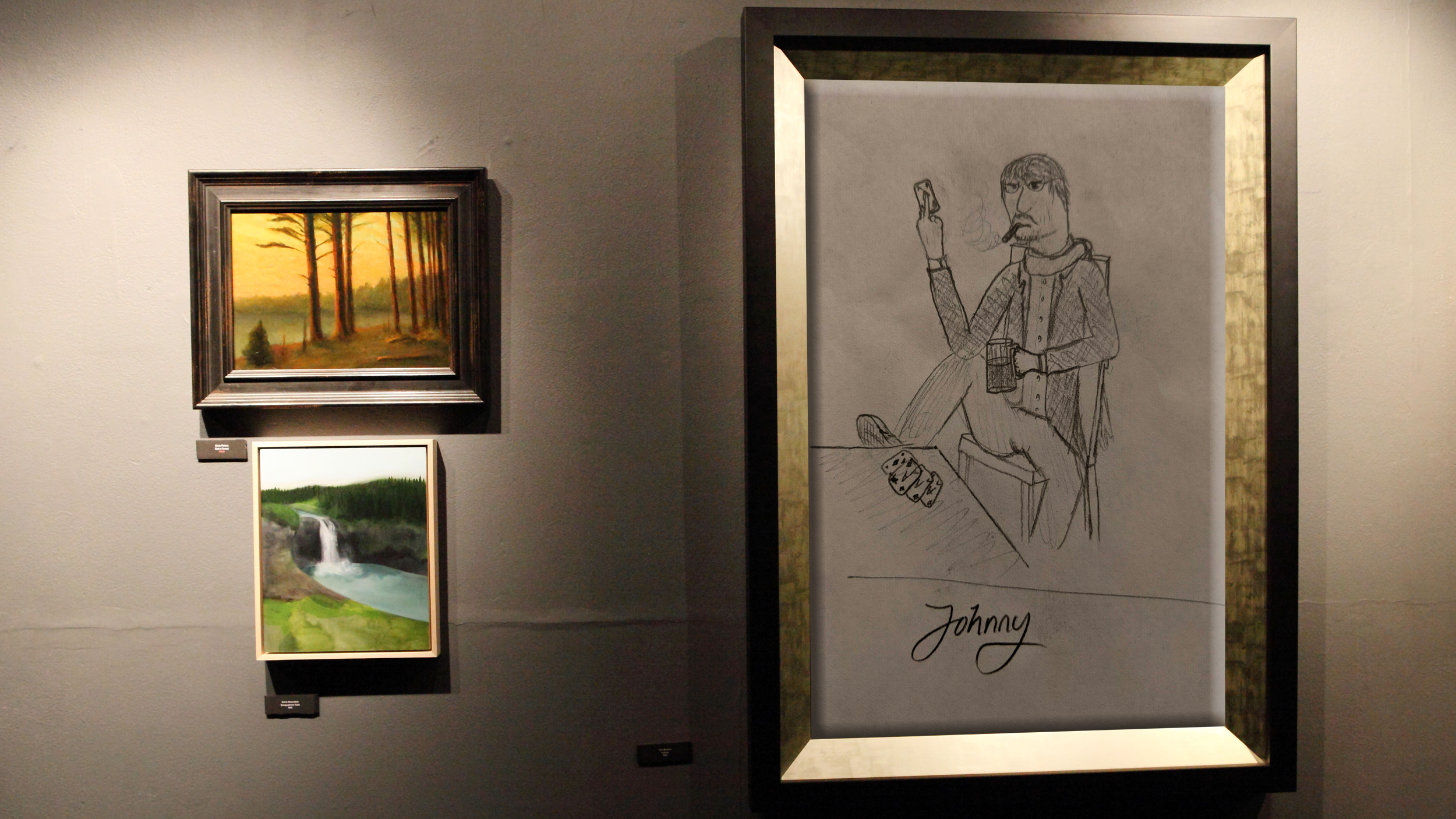 Internet historians, here’s your chance to own your own piece of internet history: concept art of Johnny Five Aces, main character of the legendarily shitty game concept The Zybourne Clock.

The Zybourne Clock was an idea for a steampunk game about time travel proposed in 2003 in the forums of Something Awful, comedy website with an influential and infamous community. If you want to get up to speed on the calibre of writing in The Zybourne Clock, this is how time travel was explained in the proposed script:

“Imagine four balls on the edge of a cliff. Say a direct copy of the ball nearest the cliff is sent to the back of the line of balls and takes the place of the first ball. The formerly first ball becomes the second, the second becomes the third, and the fourth falls off the cliff. Time works the same way.”

Although the “four balls on the edge of a cliff” quote is The Zybourne Clock’s calling card, the rest of the script, written mainly other Something Awful forum members with no game development experience, is also very funny. The prologue for the game, written not as a script for a game but as one would write a novel, features a character with the normal human name of “Dirk McLauren” being accused of rape by what appears to be a robot in the guise of a child. Attempting to escape, he “runs” “slowly” through the crowd.

Just like the Something Awful forum member who tried to walk across the U.S. or the other forum member who created a zip line death trap at a summer camp, the Zybourne Clock was a shitty idea that was never finished. In the end, more fanart and fanfiction mocking the concept was made than than any of the original work. It ended up being such a long-lasting joke that a reference to it made its way into Fallout: New Vegas. If your player character has the “Wild Wasteland” trait, which makes the game zany, then you can find Johnny Five Aces lying next to four balls on a cliff. He also extremely looks like his concept art, which is the icing on the cake for this gag.

How’s this priceless work of art end up on eBay? The original artist, who goes by Kunert on Twitter, found it tucked in the closet of his childhood bedroom:

going through my stuff at the parents house for the holidays and holy shit, look what I found (yes I did the bad internet drawing) pic.twitter.com/cuTSmuATRy

Kunert uploaded a high-resolution version of the art, but the people’s thirst for The Zybourne Clock was not sated. After multiple people offered to buy it, Kunert put it on eBay.

Lots of ppl saying they want to buy this so here you go. Hate to part with it but I've got credit card debt. Also have student loan debt, so I'll donate a big chunk of it to Bernie too: https://t.co/hUZQX83TO6

If you obsessively read the Something Awful forums in your early teens and it therefore became the basis of your sense of humour—not that I’m speaking from experience on that—then it’s quite tempting to buy this exceedingly stupid piece of art. Fortunately for my wallet, it’s already out of my price range. At time of writing, the eager internet historians have bid over four thousand actual dollars on the Johnny Five Aces concept art, and there are still five days of bidding left.