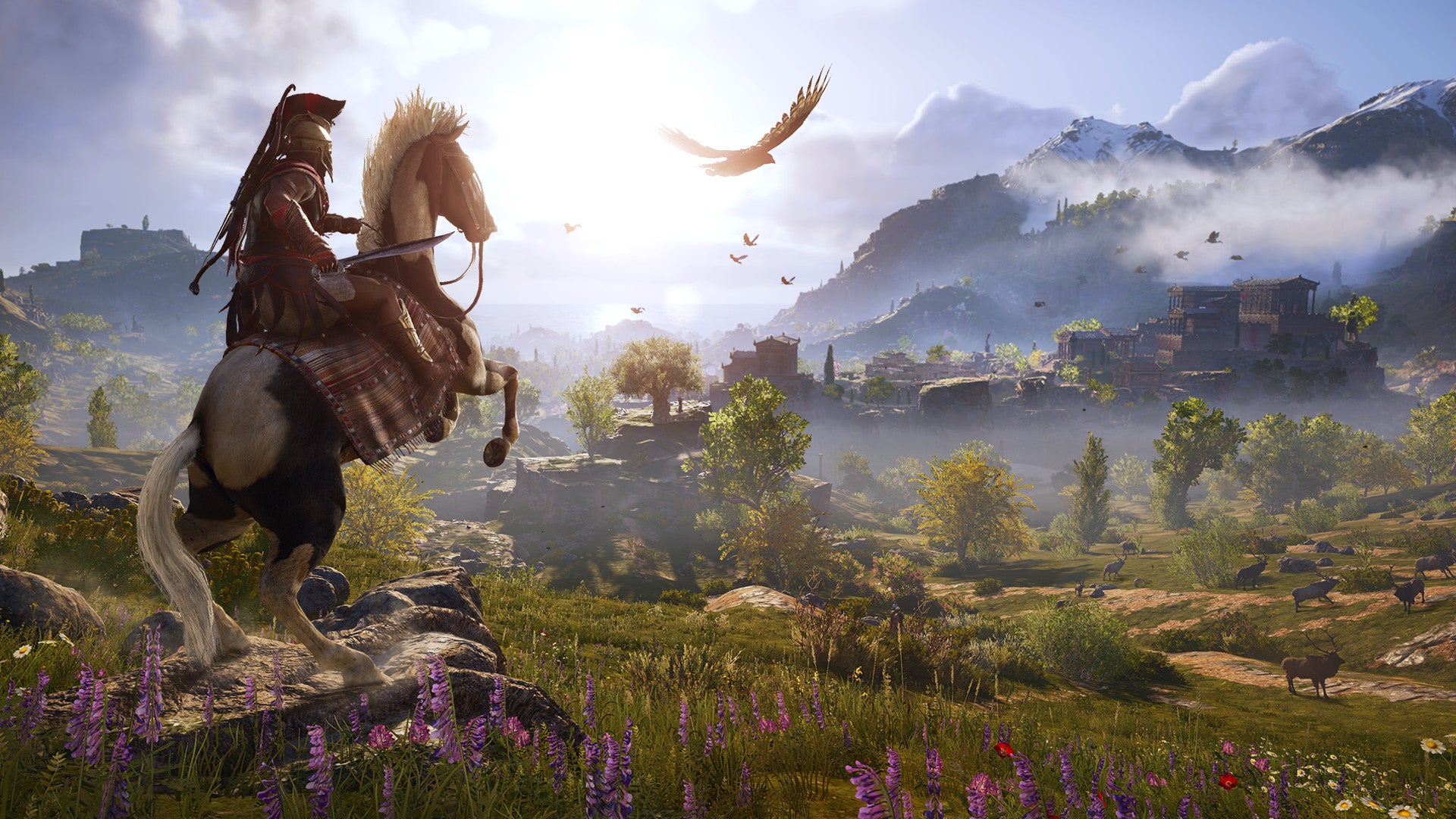 There is no greater pleasure than owning one’s significant other. Here’s how Assassin’s Creed Odyssey helped me do that this holiday season.

My dad, an extremely normal guy, got himself an Echo Show this Christmas. Last night as my Jewish boyfriend and I were making latkes, we started fooling around with it—mostly screaming at it to play different songs. Alexa had hard time with some of our requests. Despite being able to play individual songs by Pup, it could not find Pup’s latest album on Spotify, which was confusing. But it was able to play the one song I needed it to: “Legend Of The Eagle Bearer,” the main theme from Assassin’s Creed Odyssey.

My boyfriend, who is also very normal, is the kind of guy who likes doing bits. He is the type of person who watches an entire season of television because he thinks it would be funny to do so. Have you ever seen the British period drama Doctor Thorne? Because my boyfriend has. He watched all of it.

A year ago, when we started dating and when I was playing Assassin’s Creed Odyssey, my boyfriend started playing the main theme of the game at like, parties. It’s like a highly specialised Rick Roll. Instead of making everyone at a party scream, it just makes me scream. Don’t get me wrong, the song whips, but it’s a hard transition to go from Pusha T to this:

So as I was elbow deep in grated potatoes last night, I told Alexa to play this song, not thinking it would be able to. But it did. And we listened to the whole thing. We’re also listening to it right now, because I want my boyfriend to know that two can play at this game.