Holland’s Marco van Basten, one of the greatest players of the 20th century, has been removed from FIFA 20 after being caught on camera making what he called a Nazi “joke”.

van Basten works as a commentator for Fox in the Netherlands, and was in the booth following a game in the Dutch league on Saturday between Ajax and Heracles Almelo. After touchline presenter Hans Kraay had interviewed Heracles manager Frank Wormuth, van Basten can be heard mocking Kraay’s attempts at speaking German (Wormuth is a German currently coaching in Holland) before saying “Seig Heil”.

He has since apologised, saying that he didn’t want to make an offensive remark, just “ridicule” his co-presenters foreign language skills (it’s important to note that the Dutch and Germans have one hell of a rivalry when it comes to football).

That hasn’t stopped EA Sports from suspending van Basten from FIFA 20, where he was available as one of the game’s legendary players. 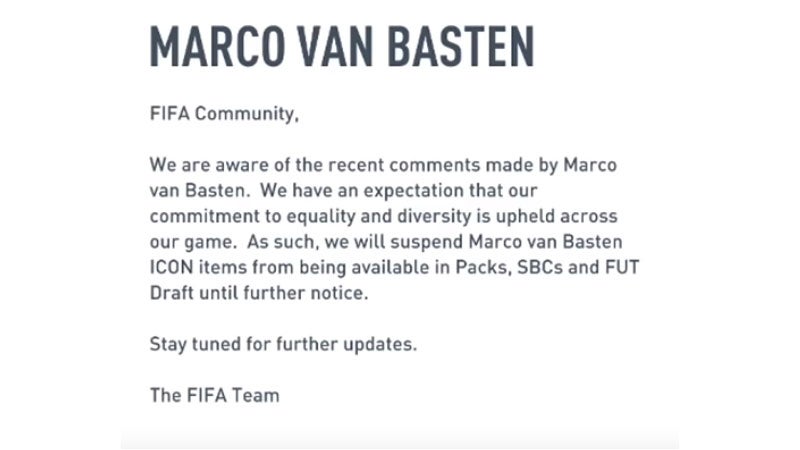 The suspension only applies to van Basten’s availability. Anyone who already has the player in their team can continue to use him.

van Basten has also been suspended from his commentary duties, with his wages for this week instead donated to the Netherlands Institute for War Documentation.