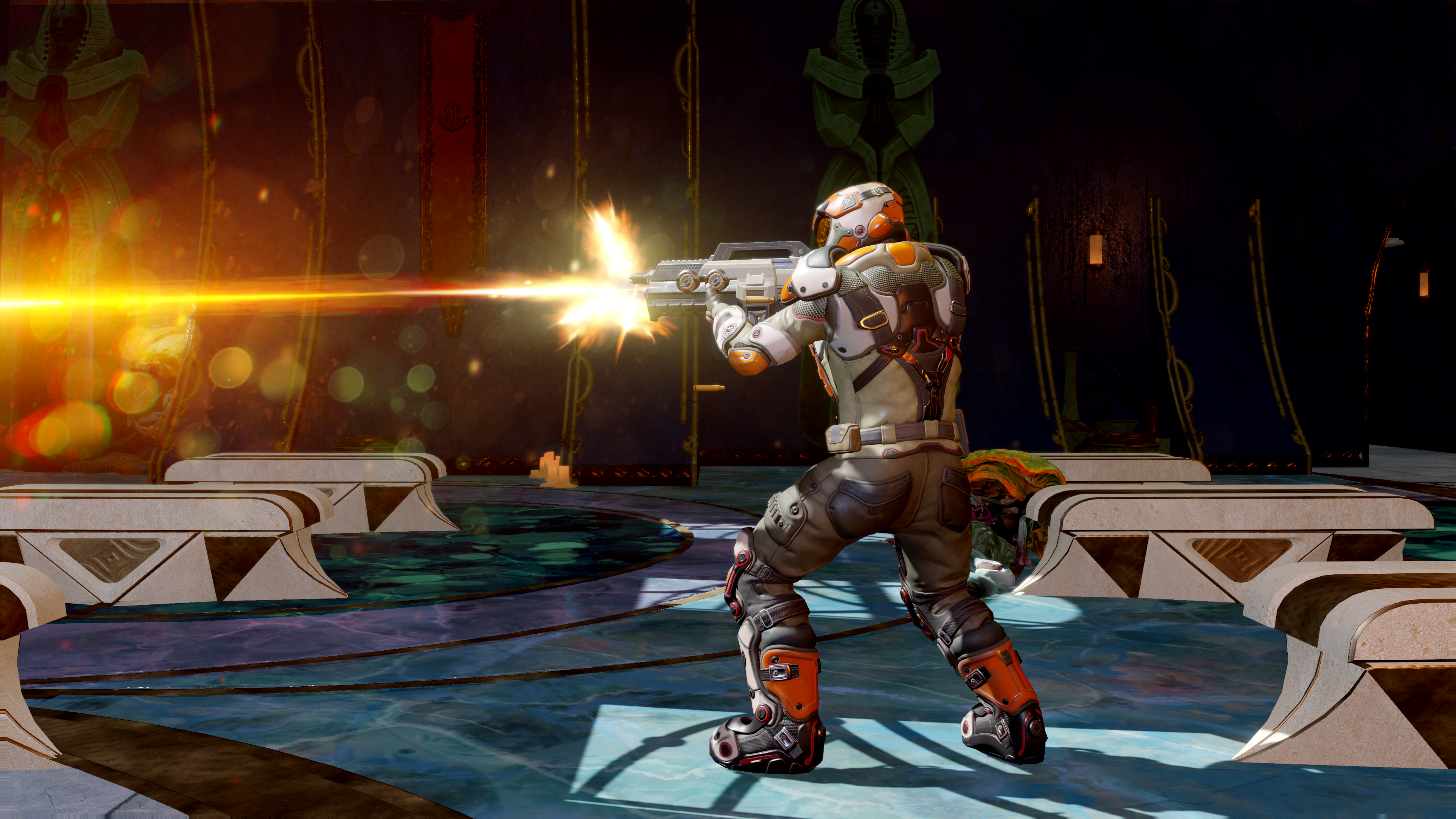 Phoenix Point is a new turn-based tactics game designed by Julian Gollop, the driving force behind the original XCOM, released back in 1994. In 2019, he’s back to build on the experience he helped pioneer all those year ago.

Slight problem, though: he’s not coming in to fix anything that’s broke. XCOM 2 did so much right that, rather than throw everything out and start over, Phoenix Point is content at first glance to walk closely in Firaxis’ footsteps, so closely that from the unit design to the over-the-shoulder firing animations you’d be forgiven for thinking this was an XCOM 2 mod.

And in many ways Phoenix Point will be instantly familiar to anyone who has ever played any kind of XCOM game. The basic premise is exactly the same: there’s an existential threat looming over the planet, and you have to combat this by managing bases, researching tech, building weapons and engaging in seemingly endless rounds of tactical combat.

My first hour with the game, then, was a little disappointing. Was this all we were going to get? More XCOM 2, only now the bad guys look like fish?

Of course not. Once you’ve bedded in and got your head around the game’s setting—humanity has barely survived a Lovecraftian attack from the seas, rebuilt from the ashes and is now threatened once more—it becomes clear that Phoenix Point’s world map has a lot going on.

In this climate-ravaged future Earth, with most of the population either dead or mutated into hostile sea creatures, there are multiple factions of survivors. There’s you, Phoenix Project, the plucky science nerds cast in the same mould as XCOM back in the day, but you’re a small and fledgling force. Most of the remaining resources and population out there are controlled by three more groups of people, who all have different views on how humanity should react to the crisis it finds itself in, and who largely hate each other as much as they hate the creatures crawling out of the ocean.

These factions exist as separate entities, each with their own research trees, manufacturing capability and political motivations. And playing Phoenix Point is as much about juggling your relationship with each of them as it is defeating the seaborne invasion. The three factions can be traded with, raided for supplies, assisted in combat and will even offer custom story missions, so travelling around the world interacting with them adds an element to Phoenix Point’s strategic side that sits somewhere between Civilisation’s diplomacy and Skyrim’s faction quests.

And I loved it. At least at first. The faction’s relationships with each other are organic, constantly ebbing and flowing depending on world events (and your own actions), and it’s possible to at any time to be sitting anywhere on the diplomacy scale between “all-out war” and “best friends”. Phoenix Point’s default units, weapons and armour are quite generic, and it’s fascinating allying with one of these groups and seeing your tech and arsenal evolve to include their gear as well. 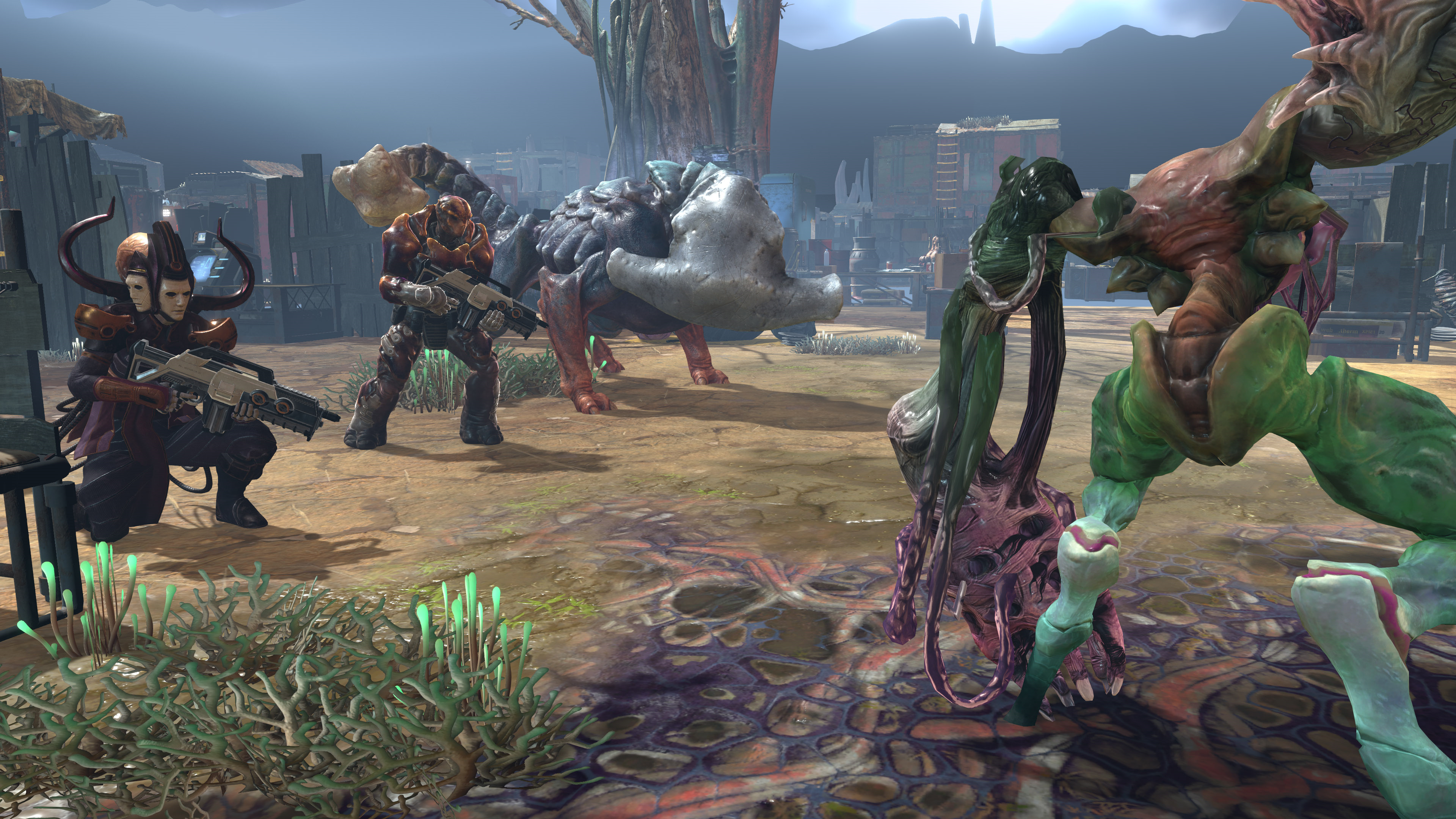 One of the three factions, the Disciples of Anu, believe in co-existing with the oceanic dread, and have mutated themselves accordingly.

In previous XCOM games, the constant dread of having to face the alien invasion alone got a bit mundane, but here, having multiple fronts to fight and allies on the field alongside me kept everything a bit spicier. It’s all very sprawling and free-form, and it’s a breath of fresh air in a genre (I think there have been so many official and unofficial spinoffs that it qualifies as one) so obsessed with the same ol’ strategic challenge every time.

Soon, though, the unguided nature of the whole thing came back to bite me in the arse. See, Phoenix Point has a very big problem: there’s a lot going on, and it does a poor job explaining how it all comes together. There’s nothing major that it overlooks, just an endless laundry list of stuff it under-explains or just leaves it up to you to figure out, affecting everything from shot percentages to research pathways.

I’m at the point now where I’m 15 hours into a campaign, and completely stuck. I’ve just been introduced to a new type of enemy that is not only heavily armoured, but has mind control abilities as well, which is just kicking my arse. And I can’t get past it, because 15 hours in I haven’t been able to upgrade a single piece of my armour, and have only a handful of new guns.

XCOM’s progression and overworld may have been linear, but that linearity meant it was easy to know how to get better tech. Here, I’ve got no idea. Sometimes it’s through faction missions, sometimes sidequests, sometimes it’s just lying around, but the vagueness with which it’s communicated, and the haphazard nature with which you can move forwards, means that after an initial honeymoon I’ve been running into continual and severe difficulty spikes which I’m struggling to overcome.

Another example of this campaign weirdness is your soldier recruitment. You can’t just get fresh blood from a central pool like in XCOM. Here, you have to travel around the world visiting the bases of the game’s other factions, and sometimes (it’s pretty rare!) they’ll have a single soldier available for recruitment. Who it is and what gear they have is randomised, which completely sucks, because I lost my only heavy weapons guy a few missions in and literally haven’t found a single replacement since, which is partly to blame for some of the aforementioned difficulty spikes.

This has left me in this terrible limbo where 15 hours is too much investment for me to want to trash the game and start over, but I’m stuck in so many areas that I’ve stopped playing.

Maybe the opaqueness of the game is intentional, to better simulate the idea of humanity’s last survivors stumbling about in the mist, and I’m here looking for clarity and purpose in a world where those things are in short supply. But in the actual world, which hasn’t quite fallen as far as Phoenix Point’s, that translates into an experience where so much of what the game does well is, like a missed shotgun blast at close-range, undone by isolated acts of extreme frustration.