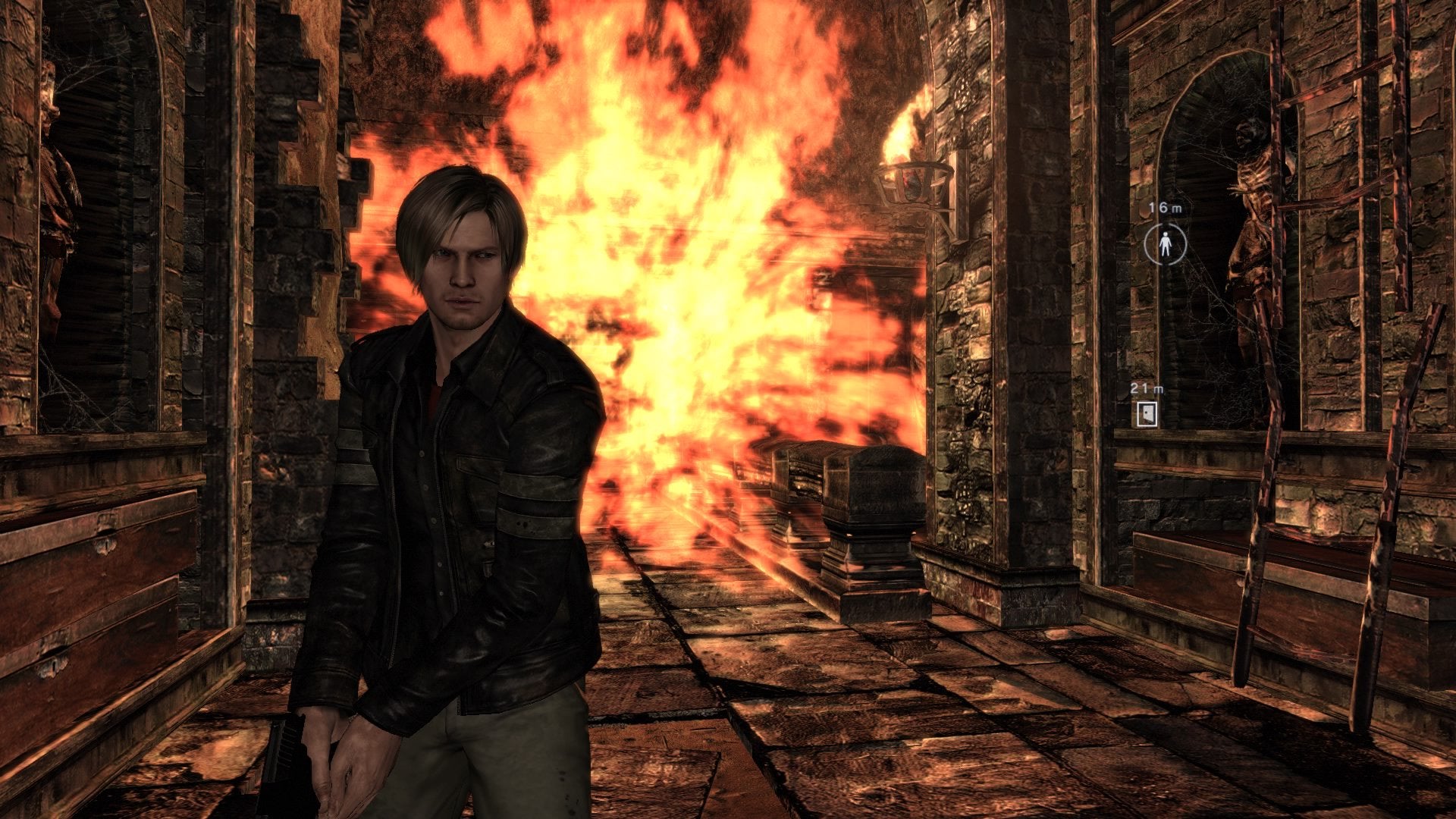 I’d read so many reviews bashing Resident Evil 6, I skipped it when it first came out. But when I saw it on sale in the PlayStation store, the curious part of me couldn’t resist. Was it really that bad?

To my complete surprise, I really liked it. RE6 is more like an action game or greatest hits series mashed together, and I even got to thinking of it as the Warioware of Resident Evil.

Some of the reviews have pointed out that the game has strayed from its survival horror roots. But I feel this has been the trajectory of the series since Resident Evil 2. The original Resident Evil was the closest to actual horror, which makes sense considering it was inspired by the terrifying Famicom game, Sweet Home. With each new sequel, action has become more and more the focus. As much as I liked Resident Evil 3, the Nemesis didn’t scare me much. Resident Evil 4 was brilliant and probably the best game in the series, but I never once felt something even remotely akin to fear. The Resident Evil 2 Remake was creepy as hell and Revelations took the game back to its roots (at least in the boat sequences). But there were parts of RE6 that really scared me more than I’ve felt in a long time and made it feel like the natural evolution for the series. 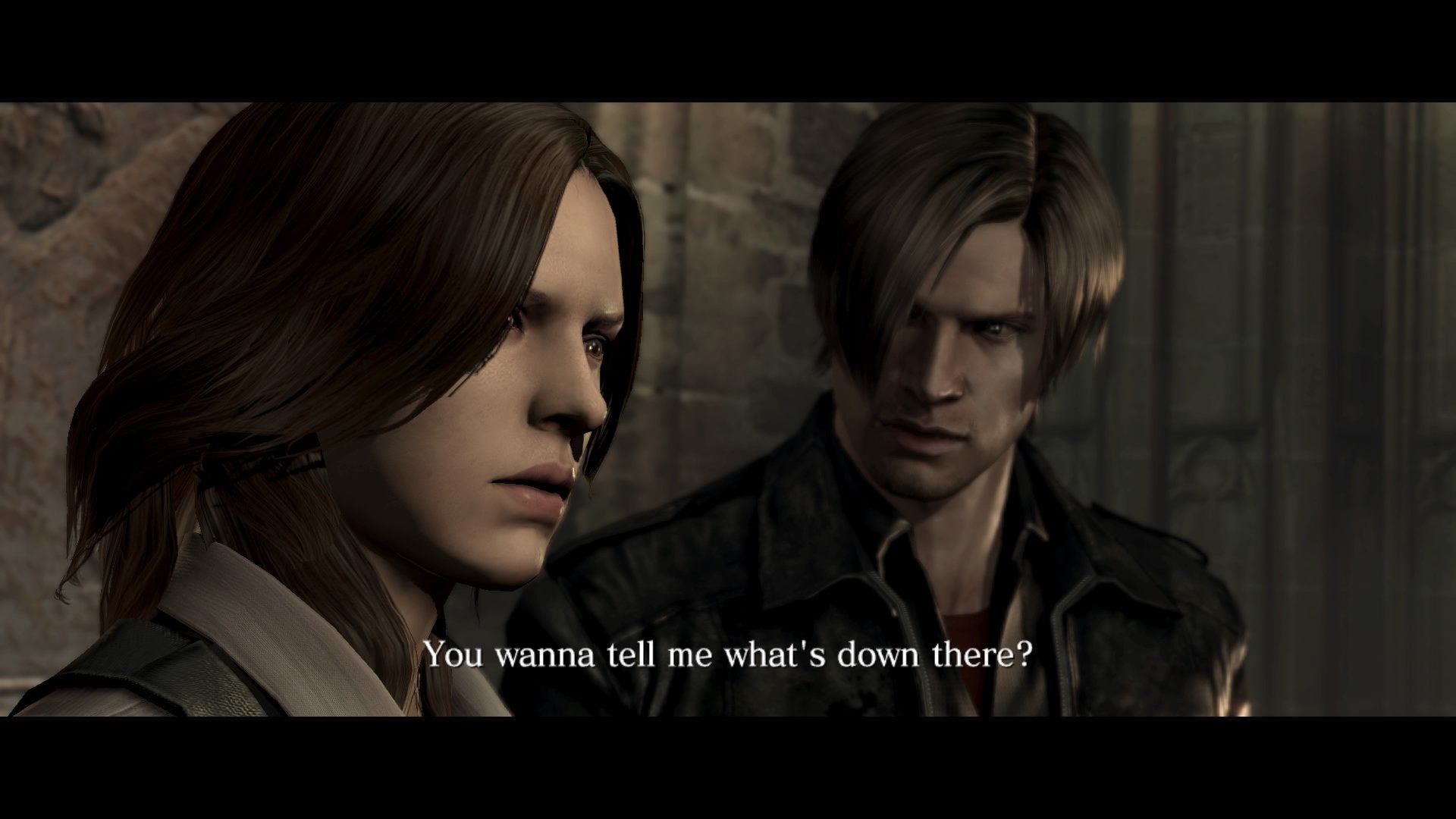 The Leon and Helena campaign has been my favourite. The prelude is an exhilarating over-the-top helicopter ride through a zombie-infested city. When their adventure begins proper, it was pretty much Resident Evil 2’s city infestation pumped to the hundredth degree. The pair find themselves on a school campus and Helena insists they have to make their way to the cathedral.

While it’s true the linear progression and generous ammo supply has done much to decrease the fear factor, it’s what you experience along the way that makes it so tense. For example, you get stuck on an elevator with a father and daughter you’ve rescued. But the daughter’s been infected and bites her father before turning on you. Being stuck in a such a tight claustrophobic space was my every elevator nightmare come true. 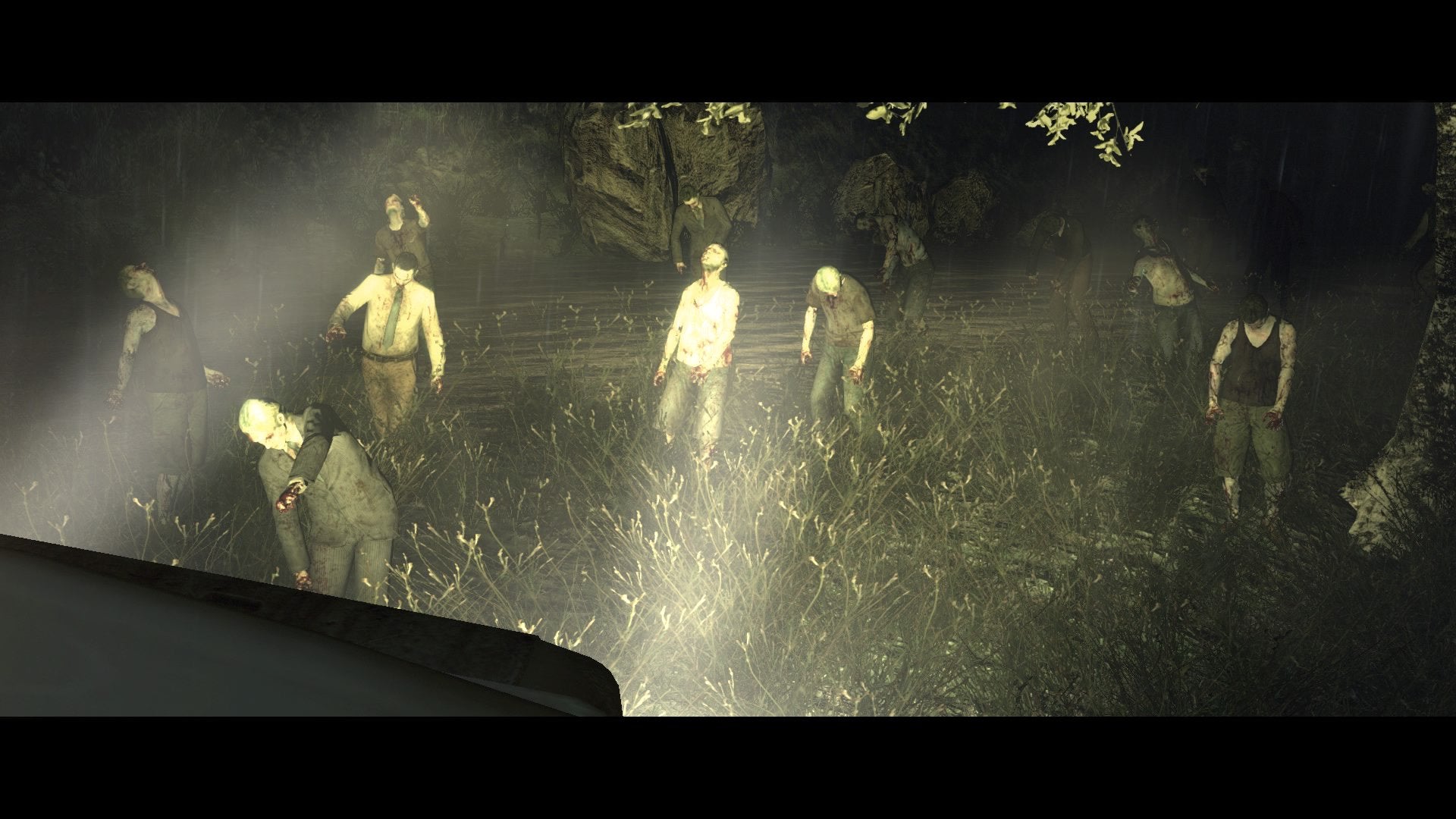 Shortly after that, you enter an underground subway area. As you run through the long, dimly-lit, tunnel, you see the shadows of zombies ahead of you with their unnatural movements making it feel extra ominous. Having no choice but to trek ahead, a whole pack of them begins running at you. These are more like 28 Days Later’s zombies than the classic Romero ones. One of the zombies sprints furiously towards Leon and leaps. I was able to get in a headshot and blow its head off, but its body still hurtled towards me, freaking me out. Zombie dogs are on the prowl and hunt the pair down. 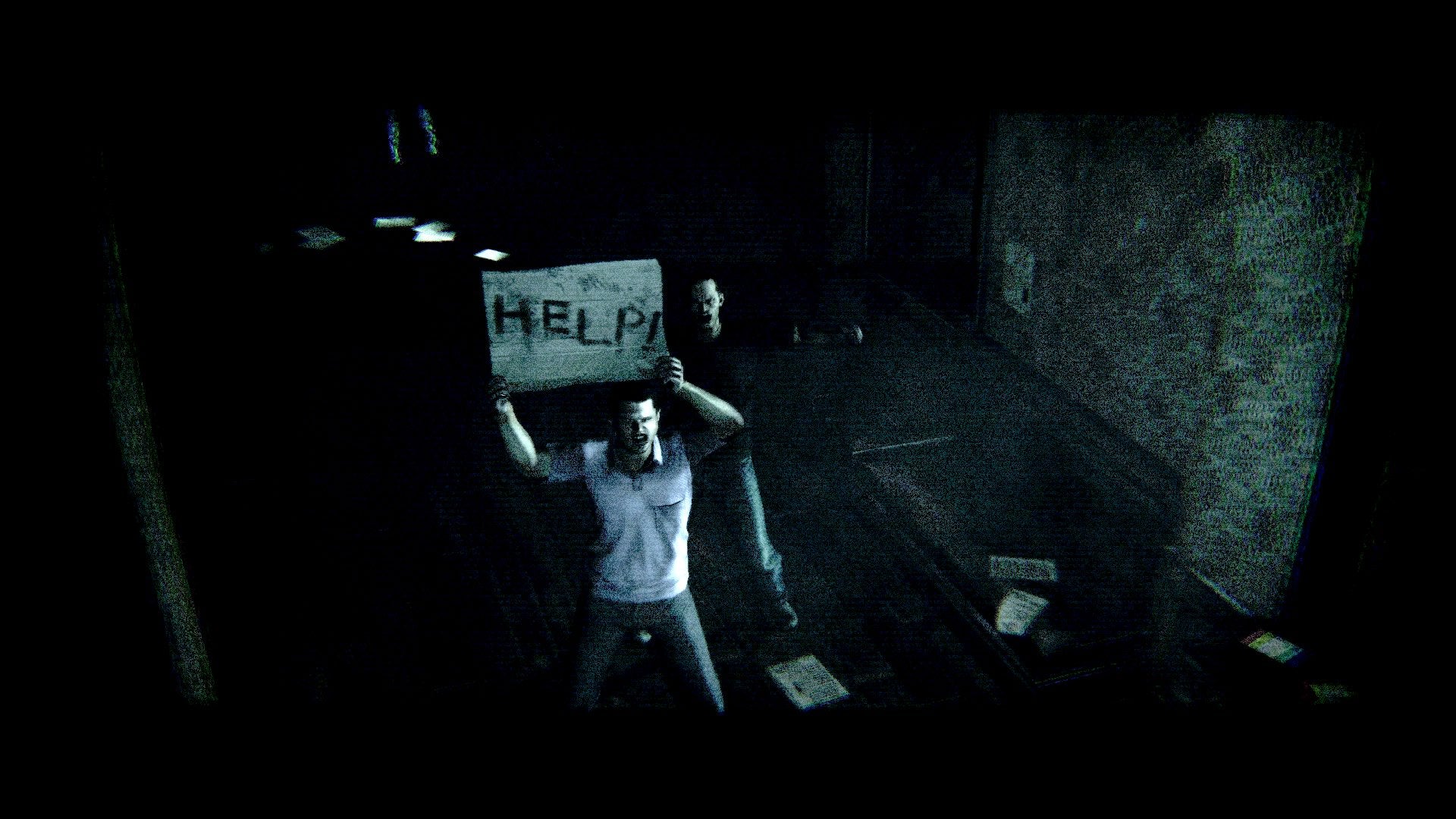 To make matters more tense, the trains are still running and will crush the characters if they don’t get out of the way. You actually see people getting devoured by zombies real-time and one woman, who happens to be looking desperately for a “Peter” rushes to a door and gets ripped apart (why did the name have to be Peter?). Not only was my adrenaline pumping, but Resident Evil 6 was creating a sense of chaos and panic that I hadn’t experienced in any of the other games in the series.

What RE6 excels in doing in the opening chapter is making it feel like you’re in an open space, then funelling you into a tight corridor. While there isn’t the same sense of backtracking and exploration that made the other Resident Evil games so iconic, this feels like an apocalyptic rail shooter where you’re constantly being impelled forward. 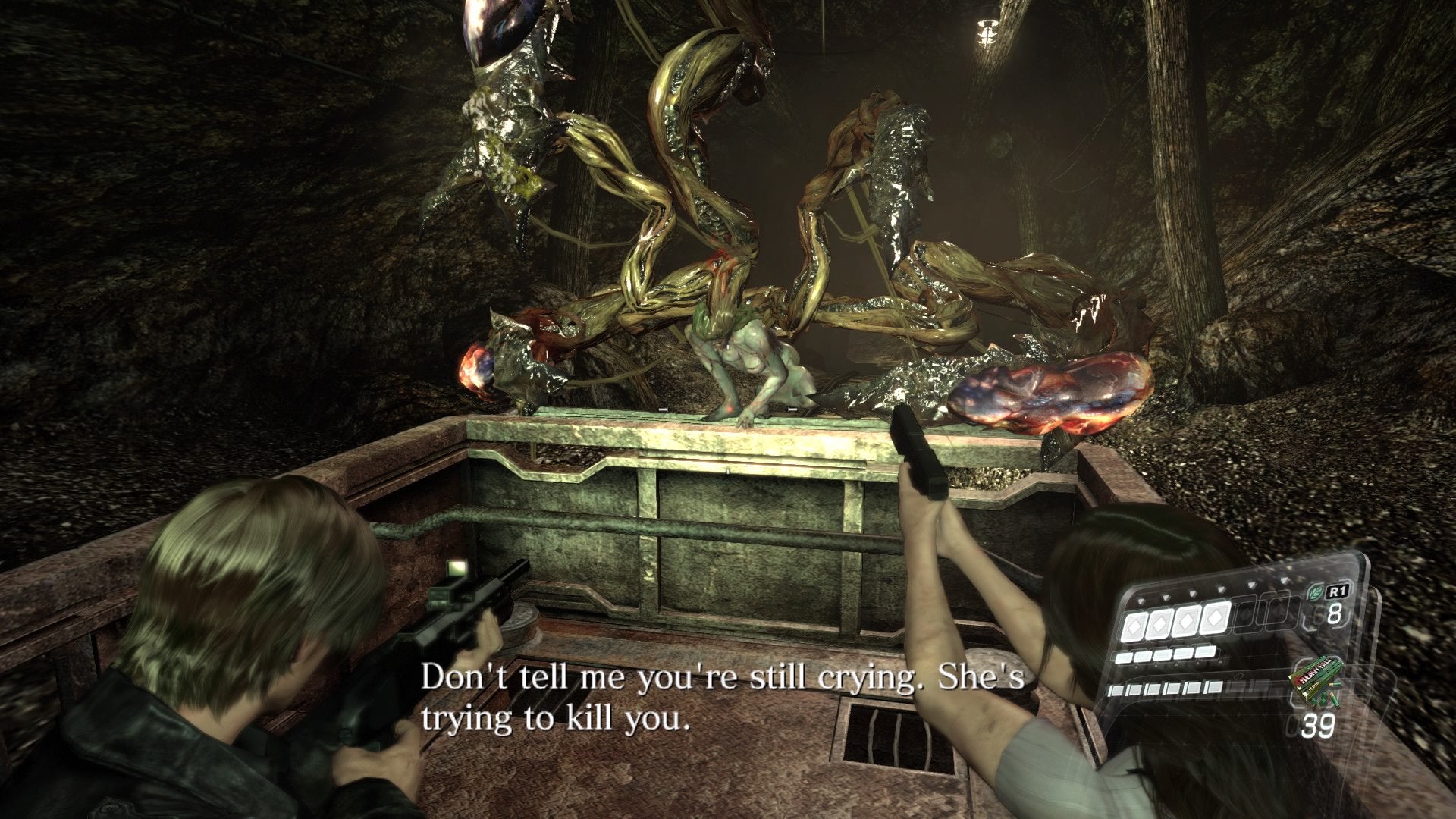 The escape from the catacombs epitomizes the upped tensions. Everything is falling apart as Leon and Helena descend lower to try to escape. Their descent leads them to an epic boss battle against a massive shark, Brzak. Brzak nearly swallows Helena and it’s up to Leon to climb along its tail and basically stab it into spitting Helena out. Once Brzak ejects the two of them, it begins to chase Leon. You have to swim as fast as you can with Helena offering backup gun shots. This all culminates in a water slide that’s a plunge into aquatic hell with the shark on the other end, trying to devour the two of you. Success hinges on Leon blasting a barrel of explosives in time. But just when you think things can’t get more intense, you find yourself on an aeroplane. The pilot is infected by the C-Virus and turns into a trypophobiacs nightmare monster. The bulkhead has issues, meaning the plane is in trouble. You run from one end of the plane to the other, passing by a bunch of concerned passengers (the sight of two armed people doesn’t appear to bother them too much). By the end of this section, everyone board the plane is infected and if you don’t manage your situation carefully, you’ll die in a fiery blaze. It was one of the most memorable, and terrifying, scenes I’ve experienced in a game, sheerly by the fact that it involves a crashing plane you have to save. 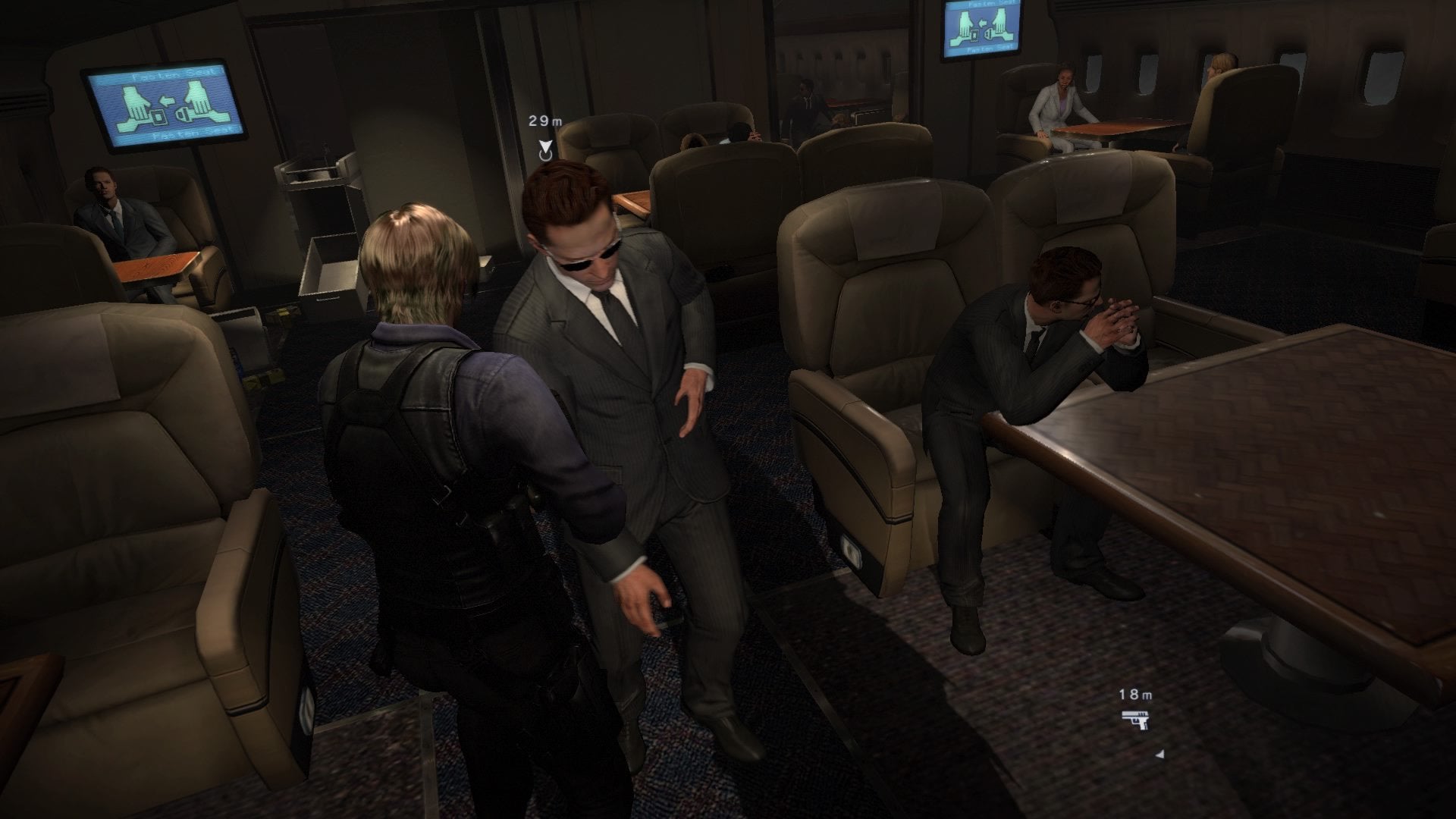 The one thing I wish Resident Evil 6 could have kept from the previous games was the save rooms or something equivalent to give players a breather. The action is so non-stop, I started becoming desensitised to it. It kind of reminded me of visiting Halloween nights at amusement parks where the scariest parts of the evening are at the beginning. After a while, I became so used to monsters running around and trying to get in my head, it no longer affected me. In the same way, the unrelenting pace of RE6 left me too emotionally exhausted to feel anything.

I also couldn’t help but wonder why Ingrid Hannigan, who acts as a codec voice helping out your characters, is in the game. Her role seems unnecessary, something I felt even in Resident Evil 4 where she was first introduced. I understand that it’s a military op and someone needs to frame and give context to the events going on. At the same time, not having access to that outsider who’s actively working to help the heroes helps create an atmosphere of mystery. If Leon and Helena had no idea what was going on or even where to go, their plight would all the more harrowing. 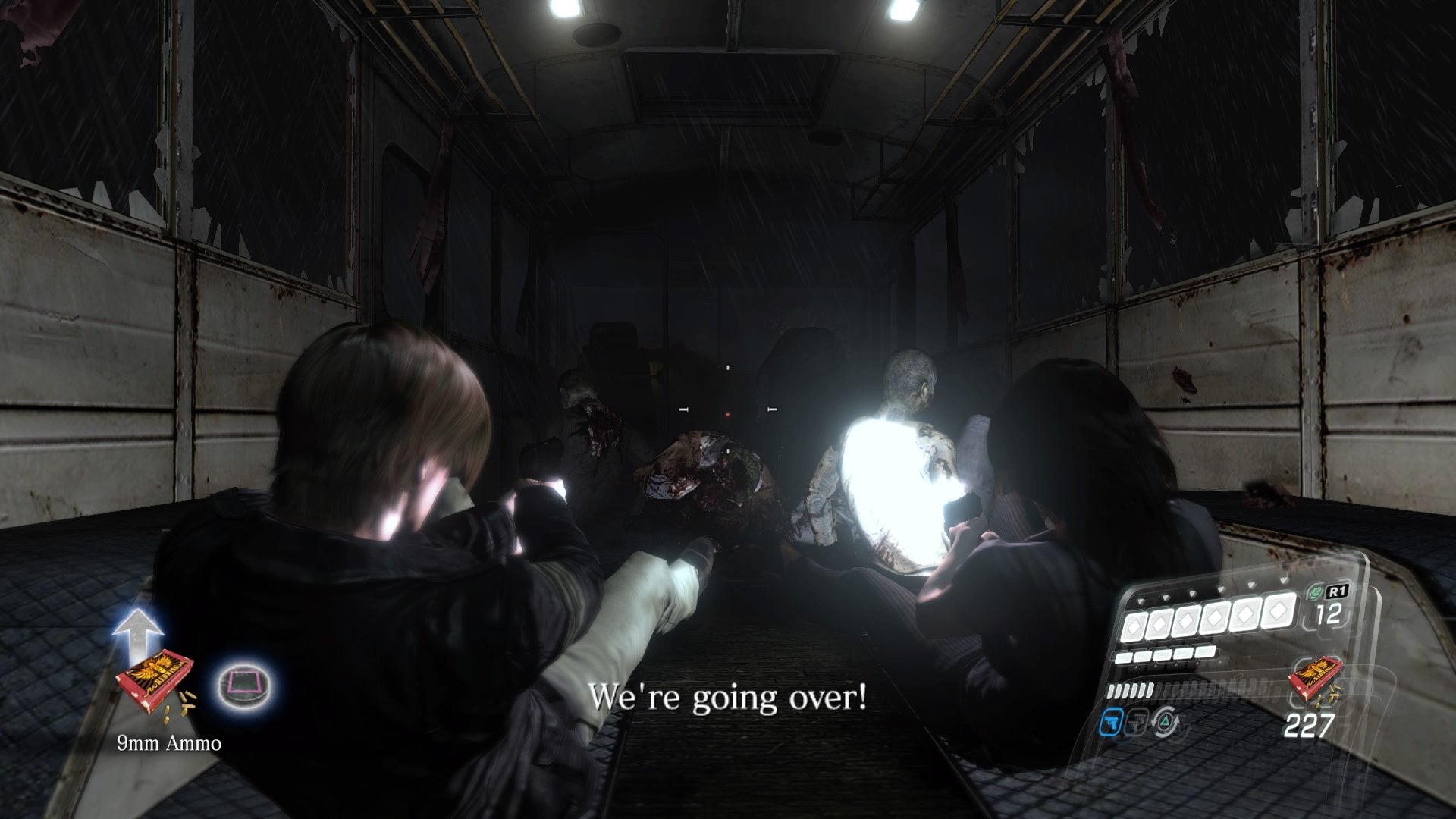 Helena is a good AI partner and holds her own in combat. There are occasional nods to the older iterations in the series with the two having to explore out of the way areas to find a key. But for the most part, the game has you going from point A to point B. The dialogue is as B-movie as the previous iterations in the series, flipping between sarcastic quips and overly exaggerated realisations that they’re screwed. I didn’t necessarily feel a close connection between the two, but then again, I felt more here than I did with Leon and Claire in Resident Evil 2 who inexplicably kept on going their separate ways.

The Resident Evil games almost always revolve around the same plot tropes. Some megalomaniac with too much power and time decides to develop some virus that will either help their company make money or unleash destruction on people by turning them into unrecognizable monsters. There’s usually one of two results; monsters either turn on their creators, or the villain becomes the final monster. In Resident Evil 6, National Security Advisor, Derek Simmons, takes on the mantle of the evil villain. I can’t say Simmons was a memorable villain, but he fits the bill and gives the heroes a good excuse to take on a world full of zombies. 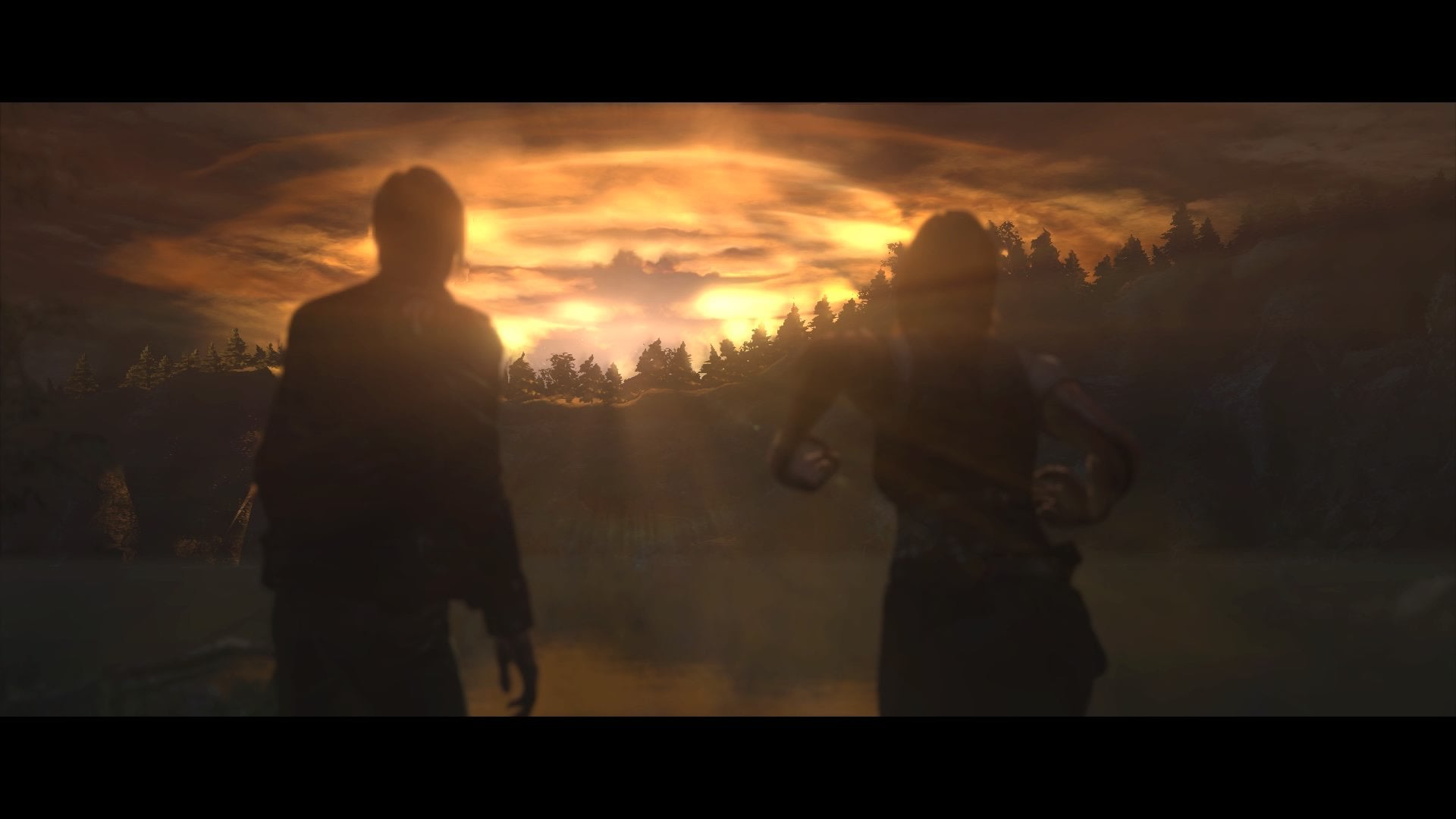 After I beat his many forms, the first campaign was completed and I felt satisfied with the experience. High production values, scary visuals, and some of the best set pieces I’ve experienced in a horror action game made me feel like Resident Evil 6 had lived up to the developer’s intended ambition of creating the “ultimate horror entertainment.” It was a good Resident Evil game and probably my favourite since Code Veronica. While it has its flaws, it so unabashedly fulfils the developer’s vision for the game they wanted to create, I couldn’t help but enjoy it.

I wrote a while back that one of the common bonds of the best works of horror is that it forces us on a journey “that necessitates players confront whatever sins plague them and on a deeper level, these games force us to face the things that scare us.” Playing Resident Evil 6, I realised not all horror has to fill me with psychological dread. Sometimes, zombies rushing full speed at you with weapons while you’re dodging fan blades stuck on the ground and trying to reload your weapon can be plenty terrifying.