Every Pokemon is interesting and worth talking about. I don’t play a ton of Pokemon, but I do enjoy the universe and I love learning more about the creatures in it. So, Here’s Another Pokemon! It’s Stantler!

Some Pokemon creatures are deadly dragons or strange, ancient super lizards. There are alien Pokemon and weird ghosts. But then you find a Pokemon who isn’t any of that stuff. There just a reindeer. A reindeer with the ability to warp reality with its magical antlers. But other than that, Stantler is just a reindeer.

It’s almost Christmas, so in honour of the holiday season, I wanted to do a festive-ish Pokemon. What better choice than a reindeer! And then I started reading more about this Pokemon and learned that nothing is simple in the Pokemon universe. Stantler isn’t just a deer. Of course not. No, this creature has strange abilities that are tied to its antlers. According to Bulbapedia and Pokedex entries, By redirecting and controlling the flow of wind through its horns, Stantler can actually change reality, creating illusions or making people feel dizzy and sick.

How does changing or manipulating the wind cause reality to bend or change? I have no idea. But Stantler can do it. Even very young Stantlers can change or bend reality. If a baby Stantler gets separated from its herd and finds itself in danger from a hunter or predator, it can use its magic horns to create an illusion of its herd to scare away any threats. I would assume this ability can work to stop hunters from getting adult Stantlers too. Imagine going out to hunt Pokemon and having to deal with deer that can create magical illusions, bears that will hug you to death and toads that will stab and poison you with deadly fingers. Hunting probably isn’t a popular hobby in the Pokemon universe.

If you ever see a Stantler, be careful. Staring at its antlers can cause people to feel dizzy or sick. Some people even feel like it is impossible to stay upright and might fall over. I assume, as with anything that messes with your brain or body, that there are a group of people who go out into the woods and chase down these creatures simply so they can stare at their horns and get that sweet, sweet feeling again. They’re called Stanlovers and they have a Facebook group. 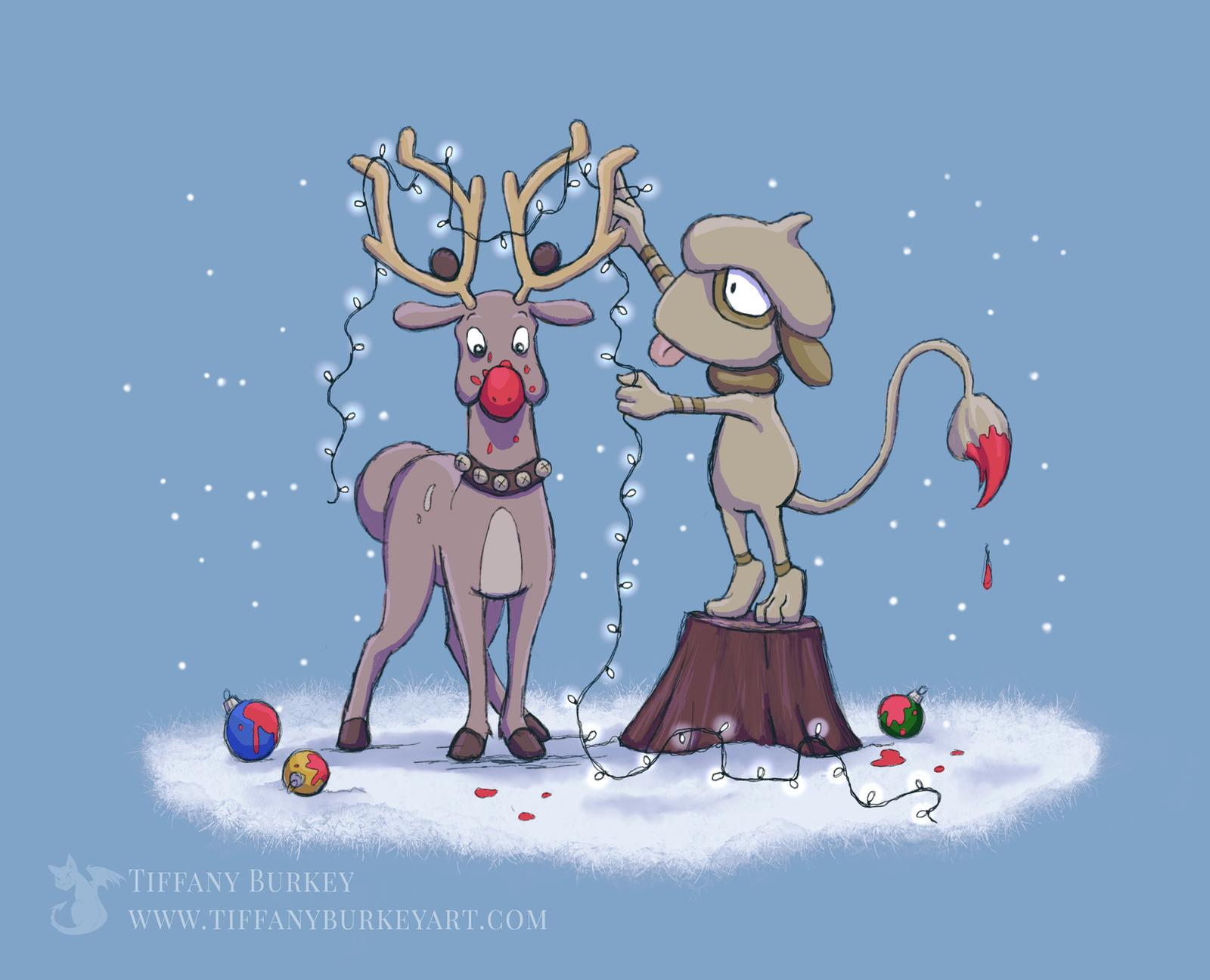 There were quite a few festive images of Stantler floating around on the internet, but this one is my favourite. Not sure why this Pokemon thinks Rudolph has lights around his antlers, but the Stantler is putting up with it. For now.

No best comment this week. Instead, let’s all have some enjoy the holidays, or if you hate this time of year, I hope you can get away from it all. Whatever makes you happy. Also, a new year means I’ll need more Pokemon! Suggest some down below

Thanks for reading these each weekend!