Star Wars: The Rise Of Skywalker Is A Lot Like A Video Game 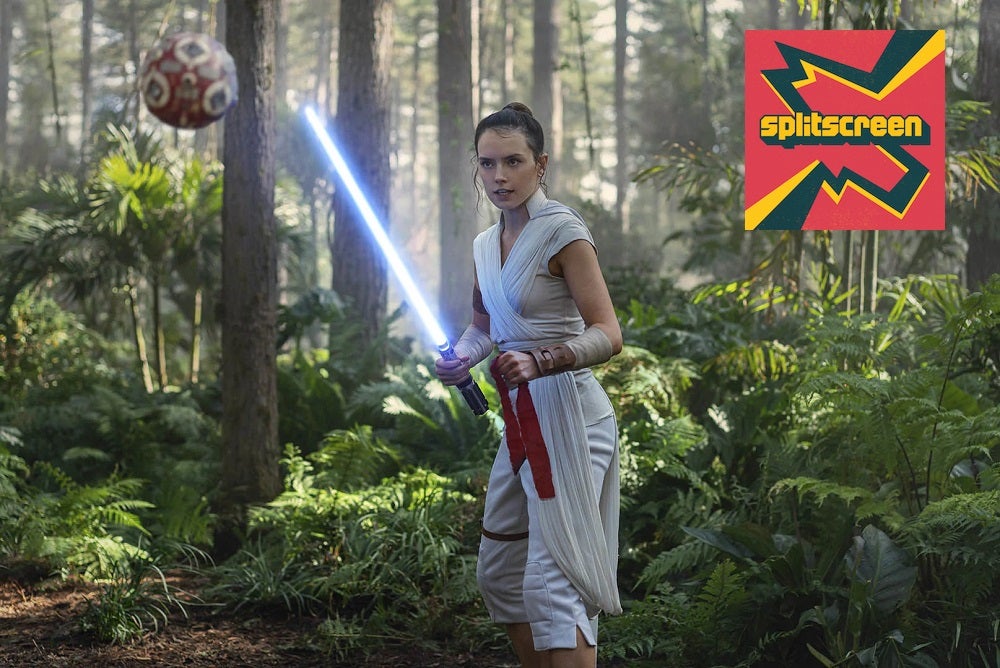 The new Star Wars movie is full of fetch quests and clearly went through some sort of development hell. Sounds a lot like a video game! On this SPOILER-FILLED bonus episode of Kotaku Splitscreen, we discuss.

Seriously, don’t listen or read any further until you’ve seen Rise of Skywalker!

In this two-hour bonus episode, we go through all of Star Wars: The Rise of Skywalker, plot point by plot point, and talk about what we liked and didn’t like. Mostly the latter.

Look, this movie was a mess. Even if you liked it, it’s hard to deny how many plot points made no sense and how whiplash-inducing the pacing could be. A look back at old Reddit leaks reveal that some key plot points were cut out of the movie—like the revelation that Lando had a daughter who was kidnapped by the First Order—and it’s clear that production was full of problems.

Here are some broad thoughts from me, Maddy, and Kirk:

Maddy Myers: My bird’s eye view of this movie is that it is an extremely online movie, in the sense that it feels like a reaction to not only The Last Jedi but specifically all of the internet reactions and discourse about The Last Jedi. And if you didn’t know about those conversations, you would probably have a pretty different reaction to this movie. You might even feel better about it. You might feel a little confused about what I see as some plot points that are introduced and not resolved in the film. It moves really quickly—we can talk about that later—but what’s really surprising to me about this movie was how online it felt when it came to reacting to fans and trying to give fans what they say they wanted. At least for me, it wasn’t really what I wanted. But that was really strange to see. It was very 2019 in that way. That’s my take.

Jason Schreier: I think The Rise of Skywalker is the video game of Star Wars movies, and I’m not saying that just in the sense that it was all a bunch of fetch quests, but also, in the sense that it clearly had such a disrupted mess of a production that the story wound up making no sense. You can look at it and see all the disparate pieces of plot threads that were once there and removed for some reason or another, because they had so many production troubles. And in that sense, it’s just like a video game. It’s the vanilla Destiny of movies.

Kirk Hamilton: I share that impression somewhat. I was really frustrated by this movie; I thought it was a huge mess. And walking out of the theatre, thinking wow, that was not good. I think my two big takeaways are: it was actually kind of surprising to feel that way about a major tentpole movie, only because I feel like recently big tentpole movies have generally been at least good. And not actively bad. So it’s a surprising, and actually frankly, a little bit exciting feeling, to be like oh wow, this thing sucked. It was interesting how bad it was, and then Jason, like you said—I think it’s left me and a lot of people just guessing a lot at the way that it was made, and all these production questions. Which I find unsatisfying in a lot of ways, only because it’s hard to answer a lot of those questions, and because it’s such an unsatisfying movie, I think. I found it very unsatisfying, I find myself asking all these questions about how it was made, and what happened in the script, and what was all this stuff… I liken it to the feeling you get from games that were rebooted a bunch of times and they were technically in development for seven years but they really threw it together at the last minute.