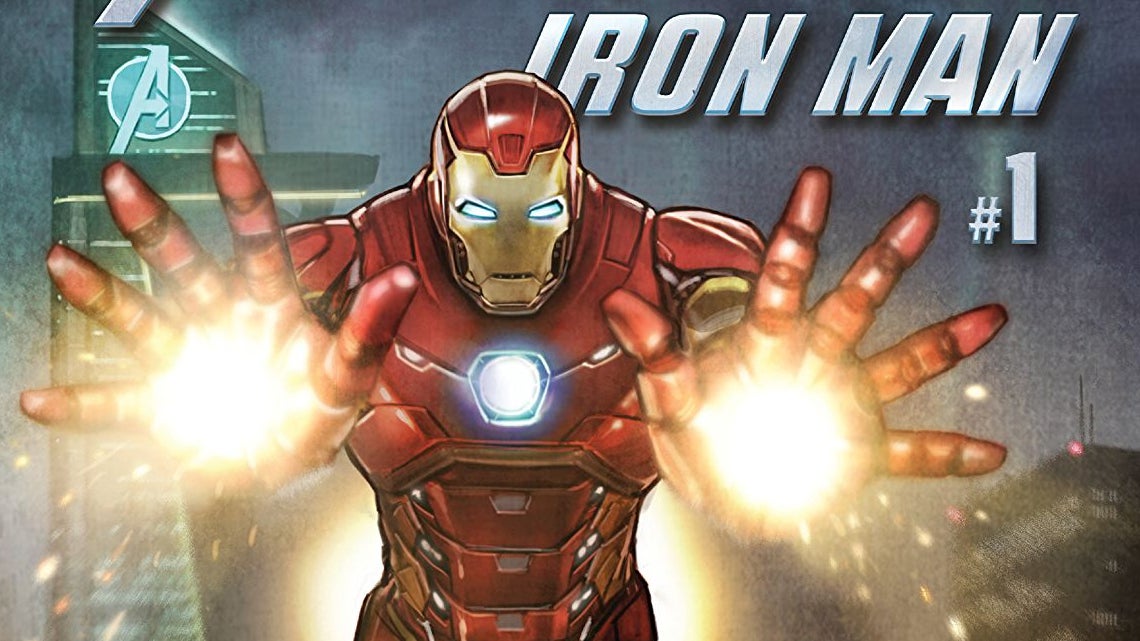 Square Enix’s upcoming Avengers video game begins with a tragic mission that tears the superhero team apart. In issue one of Marvel’s Avengers: Iron Man, the first official tie-in comic book for the game, we learn that the team’s falling out starts long before the game begins.

Written by Jim Zub with art by Paco Diaz, Marvel’s Avengers: Iron Man is the first in a series of comics set in the universe of the Marvel’s Avengers game. Iron Man’s issue is out today, and Thor and Hulk will have issues of their own in January and February, all of which will introduce readers to the game’s version of Earth’s mightiest heroes, detailing their personalities, motivations, relationships, and how they work together as a team. As it turns out, things aren’t great.

The issue opens with Iron Man, Black Widow, Thor, Captain America, and the Hulk getting their asses kicked by a bunch of B-list supervillains. The Lethal Legion, consisting of the Beetle, Titania, Absorbing Man, and Whirlwind are giving the heroes much more of a fight than they should. 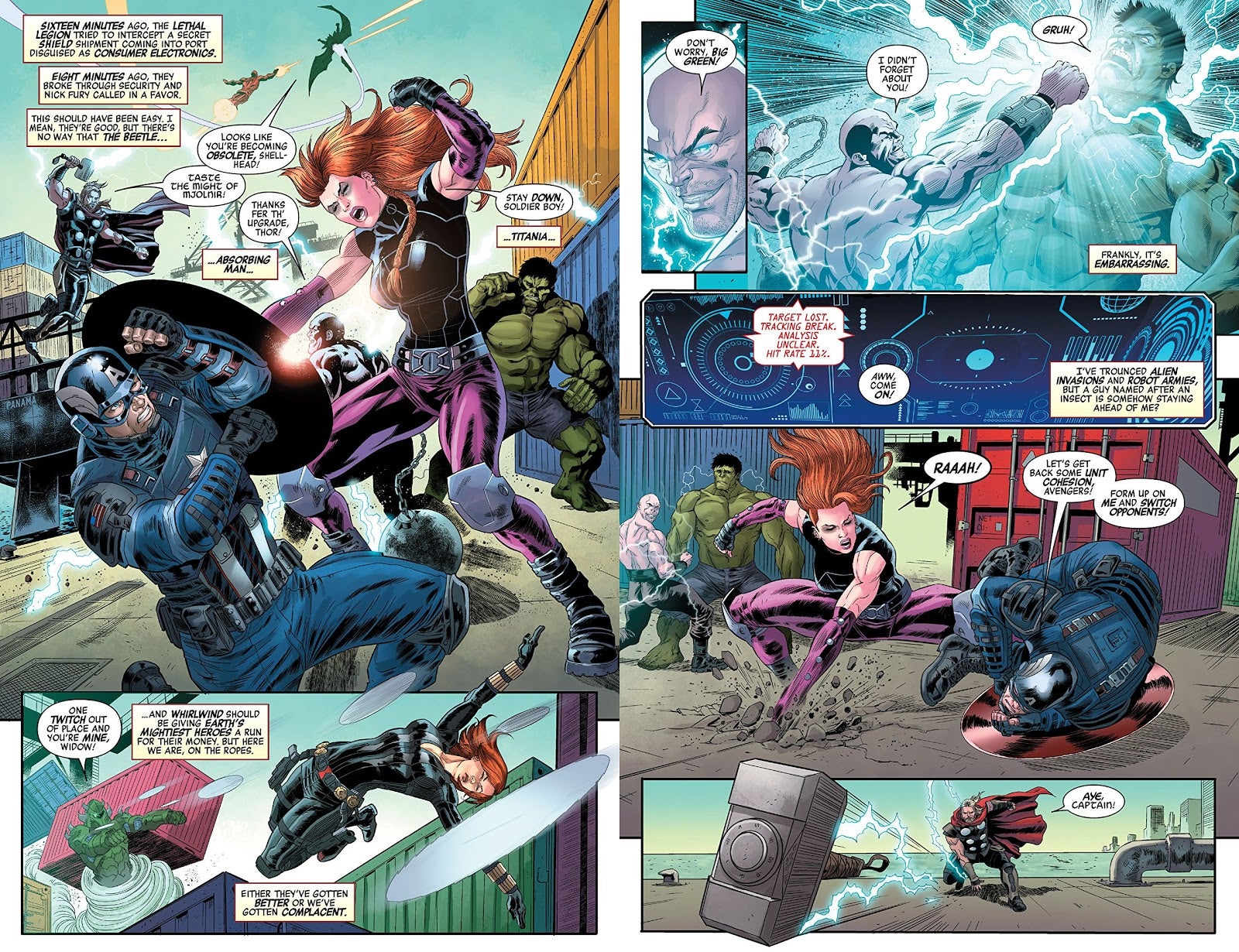 Iron Man is particularly flummoxed by Beetle. Usually a pushover, somehow the armoured villain is dodging repulsor blasts with ease and countering his electronic tracking. After the Avengers get their act together by using the tried-and-tested switch opponents method of comic book fighting, Iron Man scans Beetle and discovers the bad guy’s upgraded suit includes Start technology.

Tony Stark does not like his technology being used for evil. There have been several “Armour Wars” story arcs in the main comic book over the years dedicated to Stark as Iron Man doing whatever is necessary to figure out how his technology leaked and take down anyone he finds using it, friend or foe. Nothing turns Tony Stark into an arsehole faster than finding out his tech has been stolen (except maybe bourbon). Just look at his face in the third panel here. 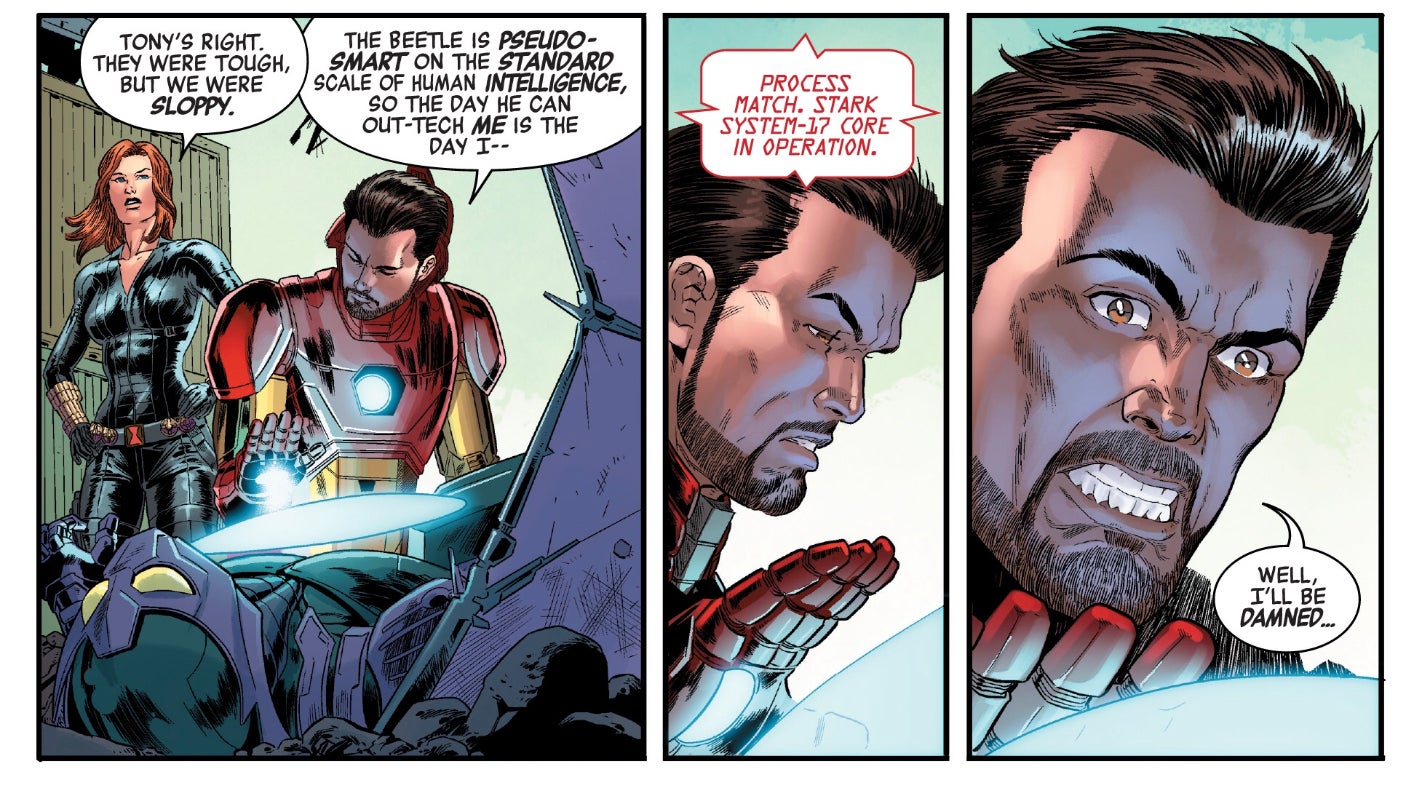 Not a happy camper.

Tony accuses one of his teammates of compromising his security. He uses advanced technology to disguise the conversation, making it seem like he and Bruce Banner are arguing over mayonnaise on french fries, as if that’s the sort of thing two grown men would be yelling about in the middle of a secure S.H.I.E.L.D. facility.

What the two are really arguing about is the fact that Bruce’s S.H.I.E.L.D. friends have been scanning Stark’s armour for years, and that data is how Iron Man tech ended up on the black market. And while Stark tracks down and apprehends the villain behind the data theft (one of my personal favourite Iron Man villains, whom I will not spoil), his final confrontation is with S.H.I.E.L.D. director Nick Fury.

Stark is mad at Fury for secretly studying his tech. Fury tells Stark he’s too powerful and needs to be kept in check (another thing Tony loves to hear). The issue ends with Stark vowing to do things his own way from now on.