gift guide 2019headphoneshphyperx cloud orbit somen mindsharesennhesiersennhesier gsp 370
To sign up for our daily newsletter covering the latest news, features and reviews, head HERE. For a running feed of all our stories, follow us on Twitter HERE. Or you can bookmark the Kotaku Australia homepage to visit whenever you need a news fix.

Games aren’t the same without good sound. Having messed around with a lot of headphones this year, here’s the best three headsets I tested in 2019.

The problem with a lot of budget headphones is, generally, there’s nothing distinctive between any of them. The sound is all about the same level and there’s bugger all difference between the designs. You’re basically paying for branding, maybe a bit more for budget wireless, and potentially for a bit of usability if you’re after something that’s cross-platform.

So, generally, there’s not much to get excited about. And that was the case with the Mindframe, a relatively basic entry-level gaming headset from HP’s bright red OMEN brand.

I’d ignored these headphones for pretty much the whole year – in fact, the company hadn’t made any noise about them locally – until trying a pair at PAX Australia as part of a quick PUBG match. Their whole gimmick is that both earcups have cooling gel inside, allowing the headphones to keep your ears cool (at the expense of the exterior, which get much hotter than your usual set of cans).

Here’s the thing: the cooling actually works. If you’ve ever tried to play games through a baking Australian summer, you’ll know how hot your ears can get, so having something like the Mindframe is genuinely useful for a lot of gamers. The worst part of the headphones is that their 7.1 fake surround sound implementation is genuinely awful – but you can avoid this by just never installing HP’s software in the first place. (The headphones will be set to max cooling from the off.)

The best part is that the Mindframe is probably one of the cheapest headsets you can buy right now. It’s $99 normally, but using the EOYS32 checkout code you can get them for $67 with free shipping from HP’s online store. There are cheaper headsets on the market, and being USB only they’re not the best fit for console gaming, but you’ll be hard pressed to find something as comfortable especially in an Australian summer.

Wireless mice have worked out the battery problem, but gaming wireless headsets are still struggling to get over that 20 hour mark. One that doesn’t is Sennheiser’s GSP 370. While Sennheiser’s GSP 670 barely got close to its quoted 10 hour battery life, the cheaper GSP 370’s clear 80 hours, easily.

Mikey loved them when he tested them earlier this year, and over the last fortnight I’ve had success using them for more than 90 hours. The materials aren’t as nice as Sennheiser’s $500 wireless cans, but the comfort was a fraction better thanks to the lighter weight. And even on the low end: 80 hours is insane. That’s more than triple any wireless headphone I’ve used, from gaming to noise cancelling.

Sure, you’re paying a premium for wireless in the first place, but if you’re going to go wireless, the last thing you want to worry about is battery. And as an added bonus: Sennheiser do know their sound. If you’re not going to buy a set of Sony or Bose noise cancelling headphones for this money, but you want a good wireless headset, the GSP 370’s would be at the top of my list. 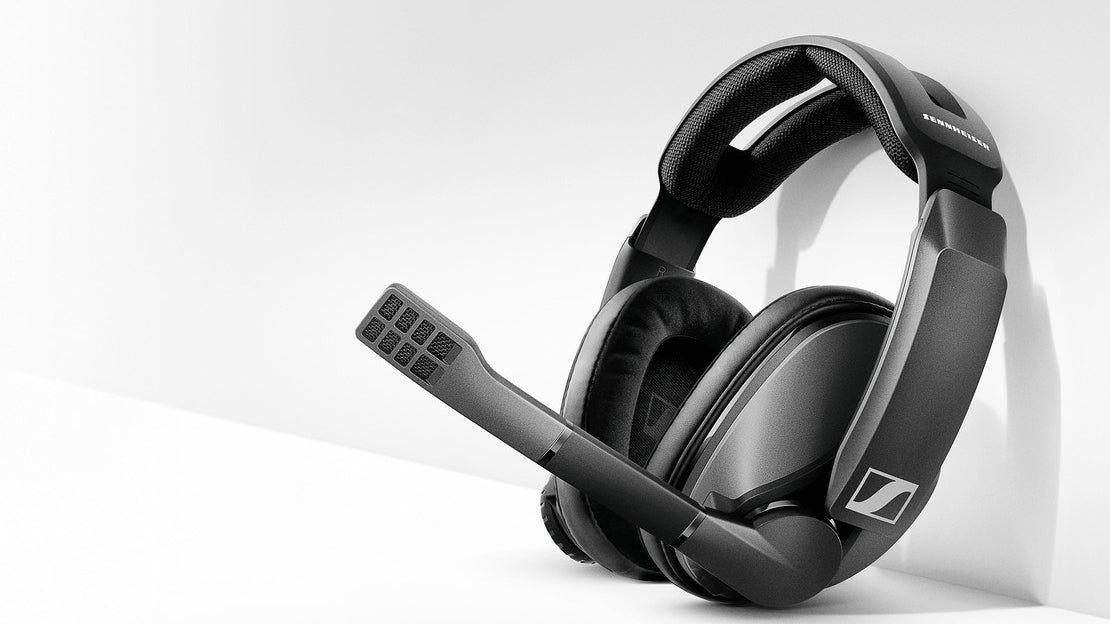 Sennheiser’s $349.95 GSP 370 Wireless Gaming Headset boasts “up to 100 hours of wireless gaming” on the back of its unassuming package. I used it for 80 hours before finally getting nervous and putting it on a charger. But there’s a set of headphones that are even better.

I played around with the Audeze Mobius planar headphones earlier this year and came so, so close to buying my own pair. Apart from some comfort issues and a genuine problem with heat – they’re closed back headphones and a tight fit, so your ears get hot real fast – they were easily the best set of headphones I’ve ever used for gaming. The 3D tracking was insanely effective: in games like Counter-Strike, it’s the difference between hearing the first step and only picking up the sound on the second or third step.

So to expand their range, Audeze teamed up with HyperX to bring the planar technology and head tracking to a more affordable price point. The end result was the HyperX Cloud Orbit and Orbit S, two headphones based on the same technology but with a few less features.

The main thing missing from the Orbit S, which has all the 3D functionality from the Mobius, is the lack of bluetooth. Given that planar headphones aren’t really great outdoors – at least in Australia, especially in summer – that’s not a loss. They’re the type of gamer headphones that are best plugged in all the time, so paying $69 less for a feature that’s going to get rarely used is a good deal.

You’re still getting the 100mm planar magnetic drivers, so the sound stage is deeper, more responsive and more detailed than any dynamic driver-based headphones on the market. The 3D tracking accounts for the lack of positional imaging that planar headphones sometimes have: my Oppo planar headphones, for instance, sound incredible but identifying the location of footsteps and explosions can sometimes be difficult. The HyperX Cloud Orbit S doesn’t have that problem at all, and there’s plenty of sound profiles if you want to tune them for music, general gaming, shooters with heavy ballistics, footsteps, and so on.

These Headphones Change Sound Based On Where Your Head Is

The $US330 HyperX Cloud Orbit S delivers some of the most impressive sound I’ve ever experienced in a gaming headset. It’s outfitted with Audeze’s 100mm planar magnetic drivers instead of conventional cone drivers but it’s the weird head tracking trick it does that’s impressed me the most.

But most importantly: HyperX also improved the chassis design from the Audeze Mobius. The materials are a little more plasticy, but the headset overall is a fraction roomier, more comfortable to wear, and consequently an all-around better design. I’ve been using the headset for a while, and there’s really not much to fault: it’s the same tech, the same excellent 3D tracking in games and music, but you’re paying less.

There’s still the kicker that you’re paying over $500 for a set of headphones, and that’s an awful lot of money for a lot of people. But I’d put it like this: most people are comfortable spending $700+ on a PC monitor they know they’ll keep for four, five or more years. People spend plenty on mice that they upgrade every six months to a year.

And when consoles are touting the possibility of ray-traced audio – something that’ll feature in PC gaming over the next few years as well – it makes sense to get a pair of headphones built on proper hi-fi tech, instead of a set of cans trying to rebrand common dynamic drivers as something they’re not. Add in the fact that the Cloud Orbit S are usable with any platform via USB or the 3.5mm jack, and you’ve got a set of headphones that can literally do it all.